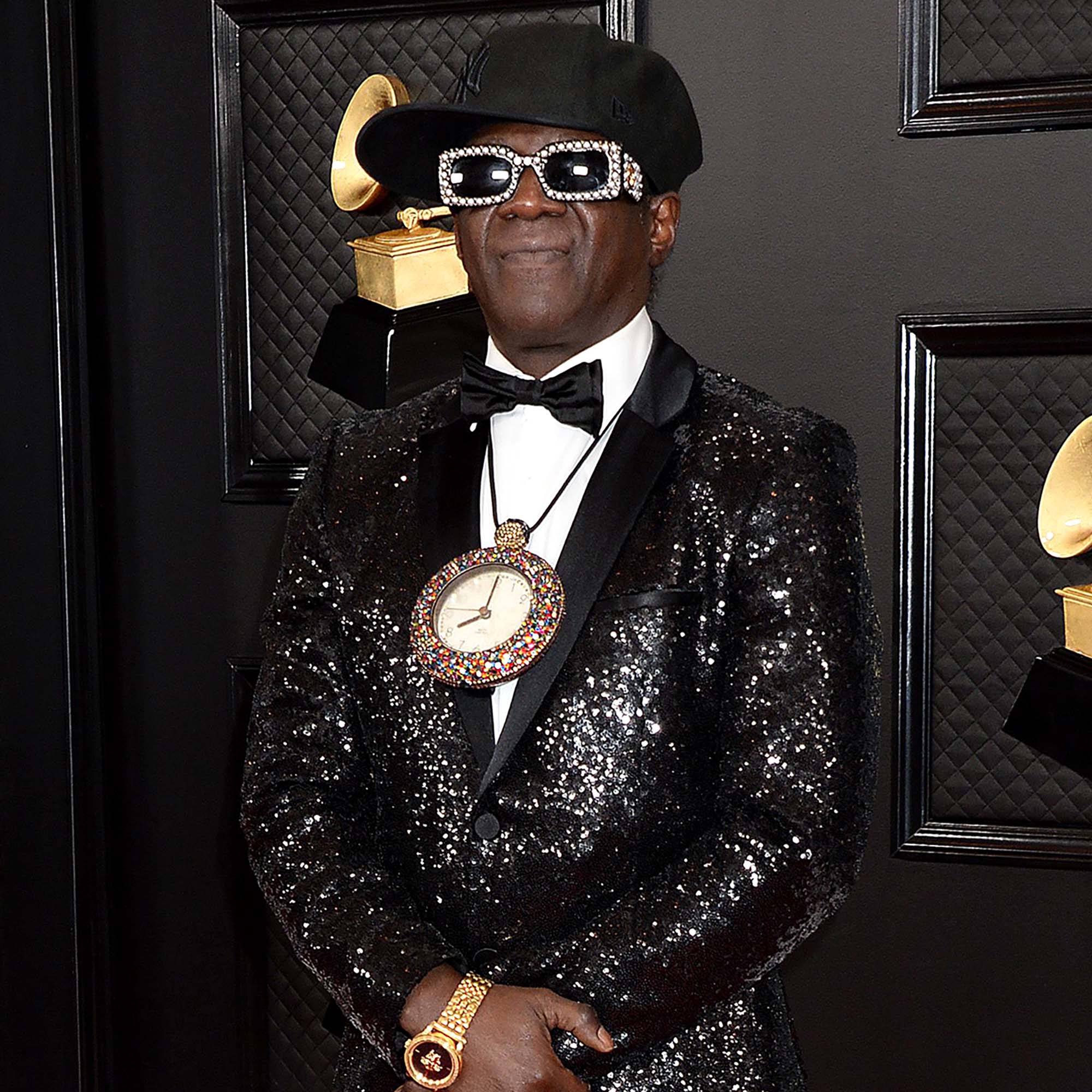 A harrowing accident. Flavor Flav was almost seriously injured after a boulder fell on his car while he was driving from Las Vegas to Los Angeles.

The rapper, 62, was on the road on Tuesday, December 14, when a winter storm caused a giant rock to roll down a cliffside and into the right side of his car. A photo obtained by E! News shows the front end of the musician’s white Audi smashed in with a shattered windshield.

“He is very fortunate to be alive and realizes it was an extremely close call,” the Flavor of Love alum’s manager told E! News in a statement on Tuesday. “It was a boulder approximately 5 to 6 feet in diameter.”

After the incident, the former reality star told TMZ that he “came very close to death but is super grateful to be alive.” He has since arrived home safely. (His totaled car, meanwhile, was towed away from the scene.)

“Celebrating my adopted son Pete Davidson’s birthday wit the legendz @kimkardashian and @krisjenner,” the New York native wrote via Instagram at the time. “Pete,,, I never took a clock off my neck to give to someone and you will be the last person I do this for,,, it lookz real good on you,,,, happy birthday.”

Flavor of Love’s Most Memorable Contestants: Where Are They Now?

The Surreal Life alum, who is known for his signature giant clock necklaces, let the Saturday Night Live star borrow one for the birthday photo shoot.

Though Flavor Flav’s attendance was surprising, fans were also interested in the fact that Kardashian, 41, was by the comedian’s side for his November 16 celebration. The duo were first photographed together over Halloween weekend, just weeks after the Skims founder made her SNL hosting debut.

“The past few years of Kim’s life have been super intense a lot of the time, so this is a real positive transition for her,” an insider told Us Weekly last month of the KKW Beauty mogul’s romance with Davidson. “She’s learning to move past day-to-day stresses and focus on the fun and sexy things.”

Some fans were shocked by the coupling, but Kardashian’s friends and family are supportive of the twosome’s relationship.

“After the family has gotten to spend time with the both of them and hearing Kim being smitten by him, they really think it could be something serious and something that could be long-term,” an insider told Us in November. “The family is happy for Kim, and they really have taken a liking to Pete.”