Australians will be given more help to buy their first homes in a budget boost that offers loan guarantees and more scope for people to use superannuation to save a deposit that helps them enter the booming housing market.

First-home buyers will be able to release $50,000 from special accounts within their super funds as long as they are going to live in the properties they buy with the proceeds. 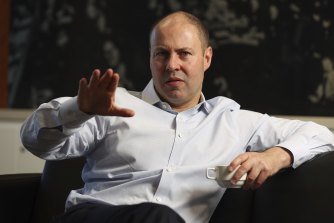 Treasurer Josh Frydenberg will announce measures to help first-home buyers get into the market.Credit:Alex Ellinghausen

The move increases the maximum withdrawal from $30,000 to recognise the rise in house prices since the scheme began four years ago, amid a political row over whether to use super for housing.

Treasurer Josh Frydenberg will also add 10,000 places to a home loan guarantee scheme so more people can buy their first homes with deposits of as little as 5 per cent in the knowledge the Commonwealth is backing some of their mortgage.

The assistance comes with a separate $124.7 million outlay on social and community housing over the next two years, giving money to the states and territories under a deal to help the homeless.

Mr Frydenberg said support for families and home ownership were key objectives in next week’s budget when owner-occupier mortgages were dominating loan approvals.

With the HomeBuilder scheme coming to an end, halting grants of $25,000 for renovations and new construction after more than 120,000 applications since last year, the Treasurer said he wanted other ways to help home owners.

“That’s been enormously successful and the number of first-time buyers in the housing market is at the highest level in more than a decade,” he said in an interview with The Age and The Sydney Morning Herald.

“These programs are designed to achieve greater home ownership, including higher numbers of first-time buyers. That’s an important policy outcome that gives them more security in retirement, increases their standard of living and it’s consistent with Coalition values.”

But the idea of using super to save for a home has been controversial, with Labor warning against calls from Liberal backbenchers for greater use of retirement savings to buy first homes. 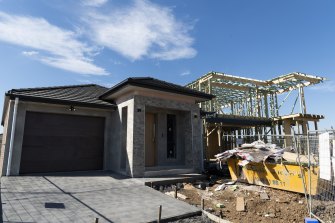 The demand for new housing has skyrocketed.Credit:Rhett Wyman

Labor went to the last federal election with a plan to axe the super saver scheme on the grounds that super should be used only to look after Australians in retirement.

The new rules for the First Home Super Saver Scheme will not involve government payments and will instead give people the choice of gaining the tax benefits of their super funds for the money they save for their first homes.

People have to make a voluntary contribution to their funds, up to a cap of $15,000 a year, and can withdraw a maximum of $50,000 under the rules to be updated on Tuesday.

The rules will not be changed to allow them to withdraw employer contributions made through the super guarantee levy, despite calls from Liberals for changes to super rules to use the nest eggs for housing or halt the legislated rise in the levy from 9.5 per cent to 12 per cent over the coming years.

About 18,500 new home buyers have used the scheme since it began in July 2018, far short of the strong interest in the HomeBuilder policy, which offered a direct government grant but was closed to new applicants on 14 April.

The housing market is booming from a combination of record-low interest rates and government support programs at state and federal level, with Australians signing up for 2000 mortgages a day during March.

The 64,300 mortgages in March compared to only 35,100 in May last year, when the pandemic slowed the market.

With the housing market booming, the budget changes stop far short of calls from the Real Estate Institute and others for bigger interventions to help home buyers.

The institute called for tax changes so interest payments would be tax-deductible for first home buyers, along with more scope for all first home buyers to draw down voluntary super contributions.

Mr Frydenberg said the new spending on community housing would take the federal government’s total outlay in housing programs to $8.2 billion next financial year, including $5.5 billion in Commonwealth rent assistance.