The industry-wide problem has provoked fear in parents and caregivers around the country as once full shelves of the critical product remain far more barren than ever before.

On Thursday, Califf said Abbott Nutrition’s shuttered Michigan formula plant could be up and running by next week. However, the FDA head skirted questions about whether his agency should have intervened earlier to address problems at the plant, which later exacerbated the nationwide shortage.

Abbott is only one of four companies, including Gerber, Perrigo and Reckitt, that produce an estimated 90% of U.S. formula. 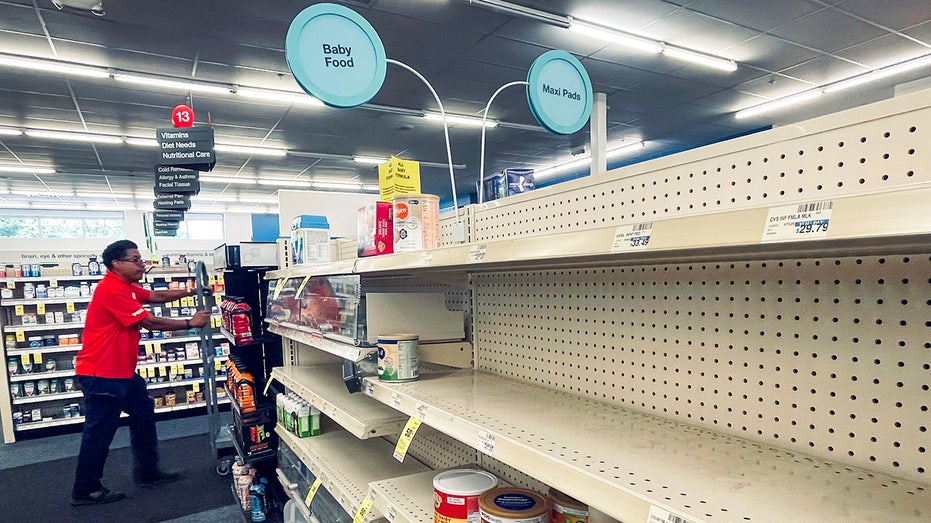 An employee walks near empty shelves where baby formula would normally be located at a CVS in New Orleans on Monday, May 16, 2022. (Chris Granger/The Times-Picayune/The New Orleans Advocate via AP / AP Newsroom)

The Sturgis plant has been closed since February due to contamination problems following four infant infections, two of which were fatal. The first of those cases was reported to the FDA in September, but agency staff didn't begin inspecting the facility until late January.

The agency hasn't yet reached a conclusion on whether bacteria from the plant caused the infant infections, although Abbott has said there is no direct evidence linking its products to the illnesses.

After the factory restarts, Abbott has said it will take between six and eight weeks before product is available on shelves. Califf said it will be "a few weeks" before supplies return to normal levels, especially in rural areas that aren't near distribution hubs.

Here are some of the questions Califf faced during Thursday’s hearing and his responses to them:

1. Califf was asked why it took the FDA months to investigate a whistleblower complaint about safety violations at Abbott's plant,

"It is unconscionable that it took four months from the time the first incident was reported before FDA inspectors. And why was that?" Georgia Democratic Rep. Sanford Bishop asked.

Response: Califf said he couldn’t share details due to the agency's ongoing investigation.

"We have an ongoing investigation about the details of exactly what happened from point A to point B along the way," he said. "And since that is ongoing, I can't give extensively more details on that part of it. I won't comment directly on the issue." 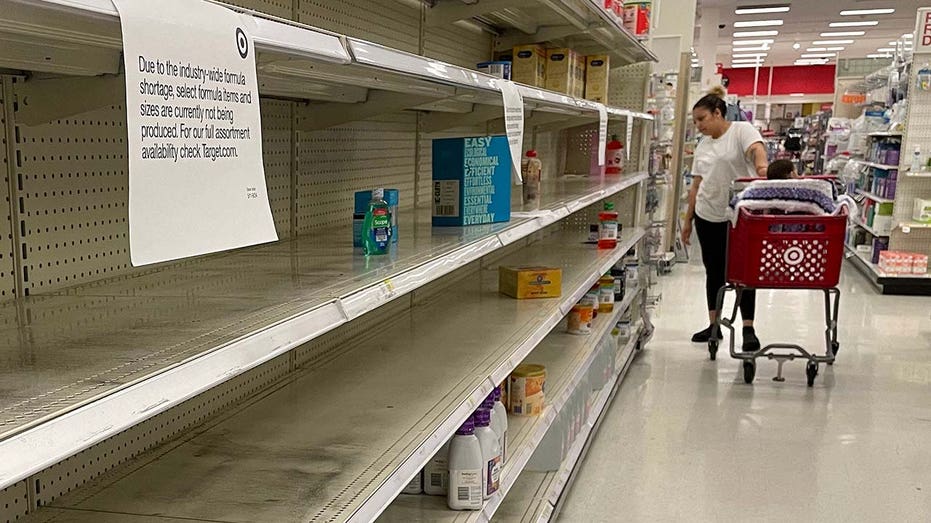 A woman shops for baby formula at Target in Annapolis, Maryland, on May 16, 2022. (Jim Watson/AFP via Getty Images / Getty Images)

2. Califf was asked to explain what the FDA did after receiving a whistleblower complaint in October alleging numerous safety violations at Abbott’s plant, including employees falsifying records and failing to properly test formula before releasing it. The former Abbott employee wasn't interviewed by the FDA until late December and the plant wasn't closed until mid-February.

"So you have no idea who received the documents? What we do know is it will physically receive the document. Where did it go? Who read it? What was the chain of command?" Connecticut Democratic Rep. Rosa DeLauro said. "You apparently don't have any answers to that question. That is indicative of, again, not responding to the seriousness of this issue that says it all."

Response: Califf told lawmakers he had reviewed the complaint but didn’t specify when or what immediate steps were taken.

"I am committed to get back to you with specifics about what happened," Califf said. "I'm just not prepared today to do it. I apologize for that."

Califf also told lawmakers that the U.S. had been facing infant formula supply chain stress even before Abbott's recall in February.

"The pandemic, the war on Ukraine and labor supply issues have all had an impact," he said. "I can assure you the FDA has been working tirelessly to address this issue."