The family of the 15th Victorian to succumb to COVID-19 have issued a plea for people to take the virus threat seriously after they had to watch the "larger than life" grandfather take his last breath via a video call. 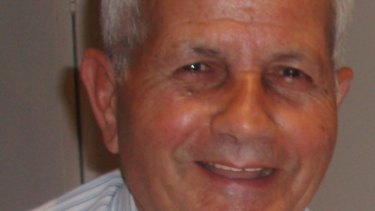 Giuseppe Franzoni, 84, died on Friday at Sunshine Hospital, becoming the 15th Victorian to succumb to COVID-19.

His son Frank Franzoni said the family were struggling to come to terms with the sudden loss of their "rock".

"It was quite sudden … he fainted one day, but he didn’t tell anyone about it," Mr Franzoni said.

"We're a close family and are always in contact but I hadn’t seen him since restrictions came in.

"The day he got sick I hadn’t seen him for maybe four weeks, but touched base daily, even if just for 60 seconds. I just needed to know he was safe.

"On Thursday night he went to bed at 6.30 because he felt cold. He fainted on the Friday."

After receiving a worried call from his brother on April 4, Mr Franzoni called his father.

"He'd been out shopping to buy essentials and was sitting down when we spoke,'' he said. ''I asked if he needed me to call an ambulance and he said he didn't. 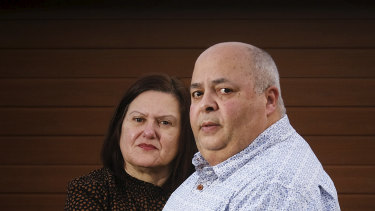 "But he didn’t sound 100 per cent, so I called back an hour later and he asked me to call for [an ambulance]. I hung up and arranged for one and that was the last time I ever got to speak to my father."

An ambulance arrived at Mr Franzoni's home and rushed him to hospital a short time later. He was heavily sedated and unable to communicate with his family. He was diagnosed with COVID-19 two days later.

His family, unable to see him, was given information on his condition by telephone.

"I rang on Wednesday and was told he may have turned the corner and there was a good chance he’d be fine. His lungs and kidneys were going in the right direction," Mr Franzoni said.

"But on Thursday that changed and I was told his lungs had deteriorated … I was too scared to call on Friday, but I did anyway.

"I called at about 11am and was told the hospital was actually trying to get in touch with me. They told me the end was near and if we could, we should come in."

Giuseppe Franzoni died 90 minutes after that phone call, his family watching through a video stream set up by hospital staff.

"One of my brothers set up a FaceTime call with one of the wonderful nurses and we watched the streaming link where he took his last breath through a WhatsApp stream. I wouldn’t wish it on my worst enemy." 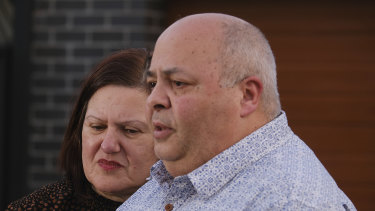 Frank remembered his father as a “larger than life” character.Credit:Luis Enrique Ascui

The family must now decide on two people who won't be able to attend the funeral.

"There are only 12 of us, but only 10 can attend the funeral,'' Mr Franzoni said. ''How on earth do you decide on two people who can't say goodbye to their grandfather?

"He was absolutely larger than life. He loved his family and would travel to the end of the world for them, but he expected the same in return, so this is so hard.

"We told him to stay home, but he told one of my brothers that if he got the virus, he'd die a happy man.

"I just want everyone to know this is a serious threat. I've seen what it can do, so please … respect the restrictions."

Giuseppe Franzoni leaves behind family including three sons and six grandchildren, and a lifetime of memories.

''He loved his family, sports, and Australia," his son said.

If you or anyone you know needs support call Lifeline on 131 114, or Beyond Blue's coronavirus mental wellbeing support service on 1800 512 348.