Her new baby brother! After Emily Maynard Johnson announced that she secretly welcomed another baby with husband Tyler Johnson her daughter Ricki Hendrick gushed about the major milestone.

“I thank Jesus more and more for you each day sweet boy🤍,” Hendrick, 17, wrote via Instagram on Wednesday, November 2. The social media upload included several photos of the siblings.

That same day, Maynard Johnson, 36, confirmed the arrival of her fifth kid with Johnson. (She welcomed her eldest child with late fiancé Ricky Hendrick.)

“SURPRISE! On August 31st, Tyler and I welcomed our sweet son, Jones West Johnson, into the world,” the former Bachelorette captioned the Instagram post. “During my surgery we learned that he was born with Down Syndrome, and while it was certainly a surprise, we have so much peace in God’s perfect plan and know Jones is going to be a blessing to our family.” 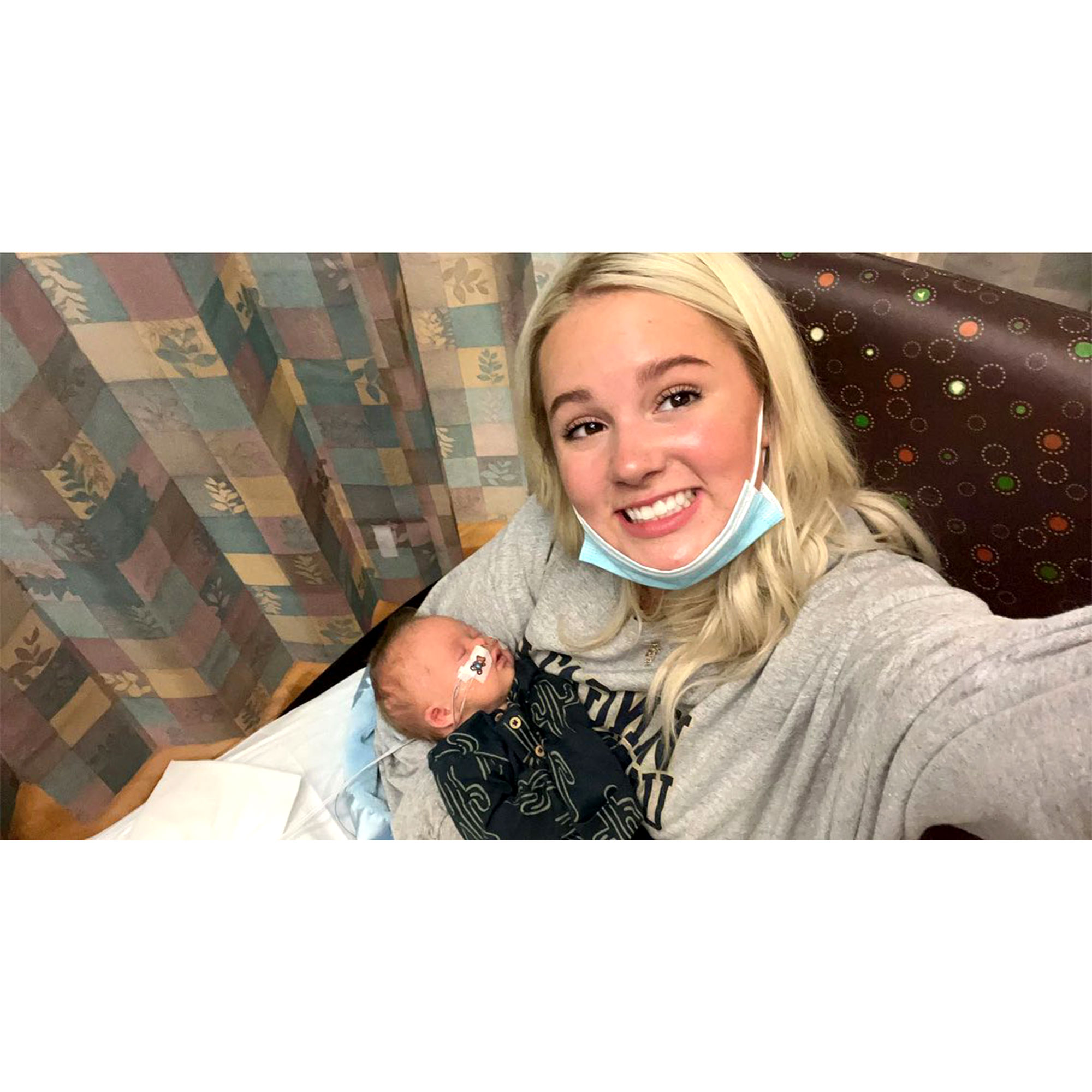 She added: “He was in the NICU for a little over a month and is thankfully now home in all the chaos and we couldn’t love him more. Thank you to everyone at @levinechildrens for all that you did for our family. Im so happy to finally share the news and can share all the pictures with you guys! He’s absolutely the cherry on top! 🍒.”

Former ‘Bachelor’ and ‘Bachelorette’ Leads: Where Are They Now?

Viewers were introduced to Maynard Johnson during season 15 of The Bachelor. After getting engaged to Brad Womack in 2011, the pair ultimately called it quits and the North Carolina native became the season 8 lead for The Bachelorette.

Maynard Johnson later reflected on her decision to discuss her experience as a single mother on the hit ABC series. “I wish that I would’ve kept [my time on the Bachelor and Bachelorette] totally separate [from Ricki],” she said during a 2017 podcast interview. “At the time, I thought, ‘This is it,’ and I never would’ve brought her into it had I not thought that. So I wish that I maybe would’ve taken a step back. Maybe sheltered her from that a little bit more.”

During The Bachelorette, Maynard Johnson was briefly engaged to contestant Jef Holm before pulling the plug on their romance. The former reality star moved on with Johnson in 2014 and they have since welcomed sons Jennings Tyler, 6, Gibson Kyle, 5, Gatlin Avery, 4, and daughter Magnolia Belle, 2.

Earlier this year, Maynard Johnson gushed about her daughter Ricki in honor of her 17th birthday.

“On this day, seventeen years ago, I feel like I was reborn in so many ways because you brought so much joy to my aching heart,” she wrote via Instagram in June. “And now, you continue to brighten every room you walk in and make people, whether you know them or don’t, feel like they’ve known you forever. Your humility, grace, grit, and of course beauty, know no bounds and I’m so proud of you! I love you, Ki!”