Dumped Liberal MP Louise Staley has joined the race to run the troubled Victorian division of the Liberal Party after its disastrous election result in November.

The hunt for a new director was triggered late last year by the resignation of Sam McQuestin, who had threatened to quit before polling day after internal issues emerged within the branch. 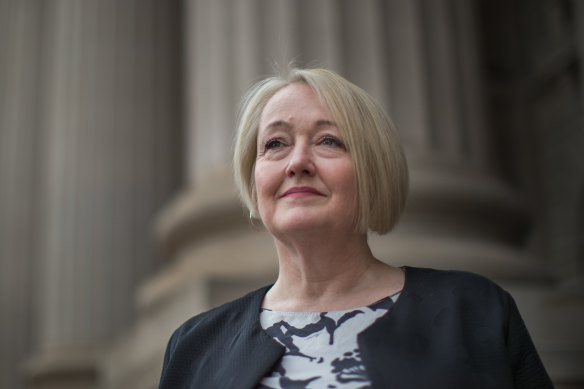 Former Liberal MP Louise Staley has confirmed her candidacy for the role as the party’s Victorian director.Credit: Jason South

Staley’s candidacy will be the first test for the party following a review of the Coalition’s 2022 federal election loss, which recommended the party set a target of 50 per cent female representation in its membership and in leadership roles within the organisation.

When contacted by The Age on Sunday, Staley confirmed her candidacy but refused to comment further, citing party rules that prevent her from speaking about internal matters. Staley’s eight years as an MP, which included a stint as shadow treasurer, ended in November when defeated in the western Victorian electorate of Ripon by Labor’s Martha Haylett.

Staley has the backing of several state MPs and a number of high-profile women within the party, who told The Age the former MP has a strong track record as a marginal seat campaigner and has deep connections to the party. 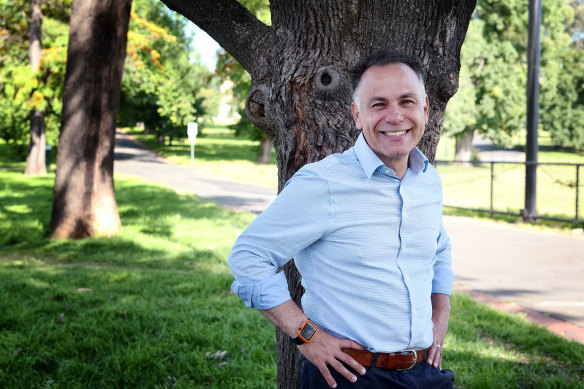 “As a party, we have to appeal to voters who aren’t voting for us, not those who do, and Louise understands who we need to target,” one Liberal MP said.

But Staley’s bid for the job has also angered several party officials, who say the party should appoint a candidate with more private sector experience, not a former political staffer or member of parliament.

“It’s not going to be just another staffer, and it certainly won’t be an ex-MP,” one member of the party’s executive said, speaking on the condition of anonymity so they could discuss party matters.

“We need someone with a big future.”

The 2022 election review found the majority of female voters preferred Labor in every age bracket, and the Liberal Party’s vote was the weakest among young women aged 18-34.

Several party sources said the Victorian division was struggling to garner any interest from younger candidates and only a handful of women had expressed an interest in the role.

Three members of the selection committee confirmed that there was an internal push to target talented candidates from other state branches of the Liberal Party, with West Australian director Stuart Smith and deputy federal director Simon Berger expected to be approached about taking on the role. 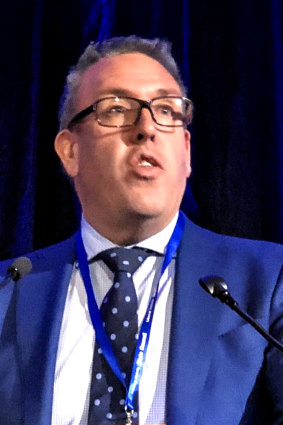 Sam McQuestin signalled his intention to quit as Liberal director before the state election.

There is a push from several members of the party’s conservative faction for Jackson Whiteley, a former staffer for federal Liberal MP Michael Sukkar, to apply. Perennial Liberal candidate Asher Judah, who unsuccessfully contested the seat of Ashwood in November, also confirmed to The Age he would also apply.

In his resignation letter, McQuestin, who was in the role for three years, mentioned the party’s internal woes, and said the state division was facing some “significant challenges”.

Instead of hiring a corporate headhunting group, the party’s selection panel will conduct interviews and recommend a candidate to the administration committee once applications close on January 30.

The job advertisement lists experience in marketing, change management, research, membership engagement and stakeholder management as key to the role.

Mirabella would not comment on how many people had applied for the job but said the electoral challenges facing the party were clear.

He said the Victorian division would not conduct a review into the state election loss in November, saying “nothing new” could be learnt from a new report and the “key issues are the same”.

In lieu of a formal review, Mirabella said the party would call for submissions into the election result, which would be publicly available.