Donald M. Stewart, a career educator who was credited with reviving Spelman College, and who later, as president of the College Board, sought to maintain high academic standards for college applicants while helping minority students meet them, died on Sunday in Chicago. He was 80.

The cause was a heart attack, his son Carter said.

In 1976, Dr. Stewart, the first in his family to complete college, became the president of Spelman, the historically black women’s college in Atlanta that was rich in tradition but short of funds. His appointment was opposed by students who had wanted the school’s trustees to choose a black woman as president, and who briefly locked several trustees in a room in protest.

His tenure was successful despite the rocky start. When he retired from Spelman 10 years later — he was succeeded by the school’s first black female president, Johnnetta B. Cole — the endowment had grown to more than $41 million from $9 million and enrollment had grown to 1,600 from 1,200. About half the college’s professors had doctorates when Dr. Stewart took over; the share was 74 percent when he left. And the average SAT scores of entering freshmen had surged by 100 points.

During Dr. Spellman’s tenure, the college created a chemistry department, a comprehensive writing program and a Women’s Research and Resource Center.

After leaving Spelman, Dr. Stewart took over the College Board, the nonprofit private organization that administers the SATs and a scholarship service. He was thrust into a contentious national debate over the college admissions process. 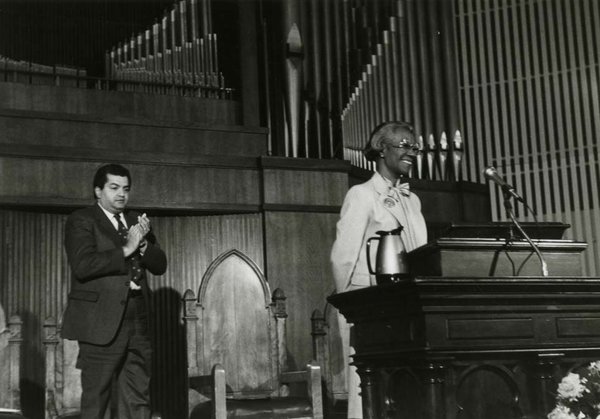 Some critics complained that relying largely on standardized tests reduced the number of minority students who were accepted, because minority students tended not to do as well as a result of perceived bias in the tests.

Others cautioned that making the tests easier, or giving too much weight to amorphous factors — like attracting a more racially and ethnically diverse freshman class and students whose talents cannot be measured only by test taking — could lower academic standards.

The board revised the exam to eliminate more facile multiple-choice questions and permitted students to use calculators, although it stopped short of requiring essays, as some had recommended. It also began programs to better prepare minority students for college.

“Having spent a lot of time defining and raising standards,” Dr. Stewart told The New York Times in 1993, “we have decided to help students meet those standards.”

But while Dr. Stewart insisted that a standardized test of acquired knowledge should not be the sole criterion for college admission, he staunchly defended the SAT’s record as an indicator of students’ performance during their freshman year.

“True, average Scholastic Assessment Test scores for some ethnic minority students are lower than the overall averages,” he wrote in a letter to The Times in 1995. “But those scores reflect inequity of education, not bias in the test.”

Dr. Stewart warned that the elimination of affirmative action programs in college admissions, designed to mitigate generations of discrimination in educational opportunity, could threaten “a potential wipeout that could take away an entire generation,” because increased reliance on test scores alone would risk “the resegregation of higher education.”

Dr. Stewart, who said that at one point he considered becoming a minister, characterized himself in the 1980s as having become more conservative over the years — a “19th-century liberal in the Adam Smith sense.”

“I became far more convinced that government couldn’t do it all, that there had to be a market mechanism at work to make efficient decisions and also to protect individuality and individual creativity,” he said an interview with The College Board Review in 1986.

“I believe in human dignity and individual potential,” he added. “I don’t like heavy-handed government or other forms of centralization. As administrators, I think we are at our best when we help release the best in other people.”

Dr. Stewart was a director of The New York Times Company from 1986 to 2005. After retiring from the College Board in 1999, he was a special adviser to the president and senior program officer in the education division of the Carnegie Corporation of New York and, from 2000 to 2005, chief executive of the Chicago Community Trust, where he supported a charter school initiative called Urban Prep Academies.

From 2005 to 2011, he was a visiting professor at the University of Chicago’s Harris School of Public Policy. In 2010, he was appointed to the Commission on Presidential Scholars by President Barack Obama. 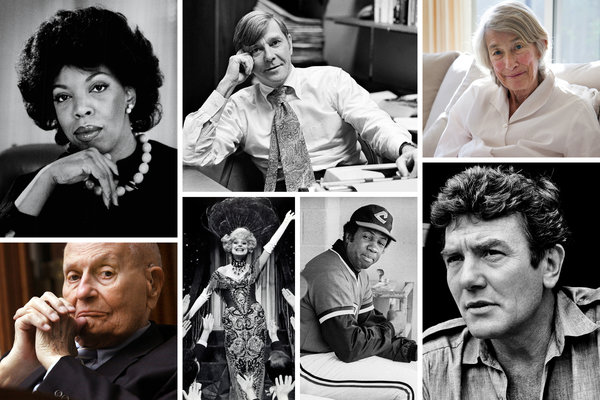 A memorial to those who lost their lives in 2019

Donald Mitchell Stewart was born on July 8, 1938, in Chicago to Elmer Ashton Stewart, a Post Office employee, and Anna Lucy (Mitchell) Stewart, a homemaker who sold encyclopedias to help put her son and daughter through college.

He graduated from Grinnell College in Iowa in 1959 with a bachelor’s degree in political science. He went on to earn a master’s in political science from Yale University and a master’s and doctorate in public administration from Harvard University’s Kennedy School of Government, where his doctoral dissertation was titled “The Politics of Higher Education and Public Policy: A Study of the American Council on Education.”

Before joining Spelman, Dr. Stewart was variously associate dean of the Faculty of Arts and Sciences, director of the College of General Studies and counselor to the provost at the University of Pennsylvania. He also worked in the overseas development division of the Ford Foundation.

In 1965 he married Isabel Carter Johnston, who survives him along with their sons, Jay Ashton Stewart, Carter Mitchell Stewart and Gojeb Frehywot; and eight grandchildren.

Dr. Stewart turned down an offer to become assistant secretary of education to join the College Board.

“As we look to the future,” he said when he was appointed, “the issues will be performance, quality and access. I believe very strongly in high standards, but also in helping people to meet those standards, not to see standards lowered.”