The relationship between Parks Australia and the Traditional Owners of some of Australia’s most famous national parks has fallen to a “deplorable state” and must be fixed immediately or risk becoming “irreparable”, according to a scathing federal government report. 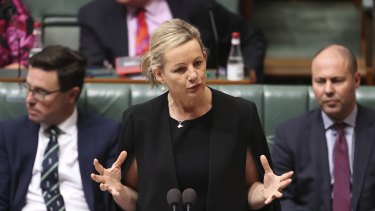 But an advisory group investigating how the joint management structures work has found the current system is failing the Aboriginal owners of the land.

"There is an almost complete lack of trust in Parks Australia and thus in the Commonwealth. Traditional Owners of each park feel that Parks Australia comes first and they come, not so much second, as last. They certainly do not feel equal partners," the report said.

"On land that is legally their own and where their traditional culture and knowledge is fundamental, this is an untenable situation. Over time the relationship has deteriorated to a deplorable state."

The report found that Traditional Owners believed their legal rights to the land were not being respected in Canberra, and that years of broken promises and unfulfilled funding commitments from governments had left them distrustful.

Traditional Owners also highlighted a lack of understanding and respect from Parks Australia regarding their knowledge and cultural connection to Country.

“Alongside this lack of respect for traditional knowledge and culture runs a lack of appreciation of the practical capabilities that Traditional Owners have built up over tens of thousands of years,” the report said.

“Traditional land and biodiversity management practices have been given insufficient place in park management and Western methods have predominated.”

The report made 24 recommendations across several areas, with some major ones suggesting:

An advisory group, co-chaired by former Indigenous Affairs Minister Amanda Vanstone and CEO of the Northern Land Council Joe Martin-Jard, was asked to prepare the report by Environment Minister Sussan Ley after a highly public spat between Parks Australia and the Kakadu National Park Board of Management in 2020.

The board passed a vote of no confidence in the agency, accused it of failing to communicate with Traditional Owners, criticised how it handled a helicopter crash in the park in 2019, and claimed it had mishandled the park’s reopening after COVID-19 shutdowns.

In a statement, Ms Ley acknowledged the problems plaguing the relationship between Traditional Owners and the government and thanked the advisory board for their report.

“I thank them for a report which is unapologetically stark in its assessment, and which sets out a clear direction. It also reflects the importance of a process that is already underway," she said.

She also committed an additional $48 million in funding towards the three parks in response to the report. Of that, $10.6 million will be spent on reforming existing employment frameworks in consultation with Traditional Owners, and $38 million will be given to Parks Australia to pay for operations like threatened species management.