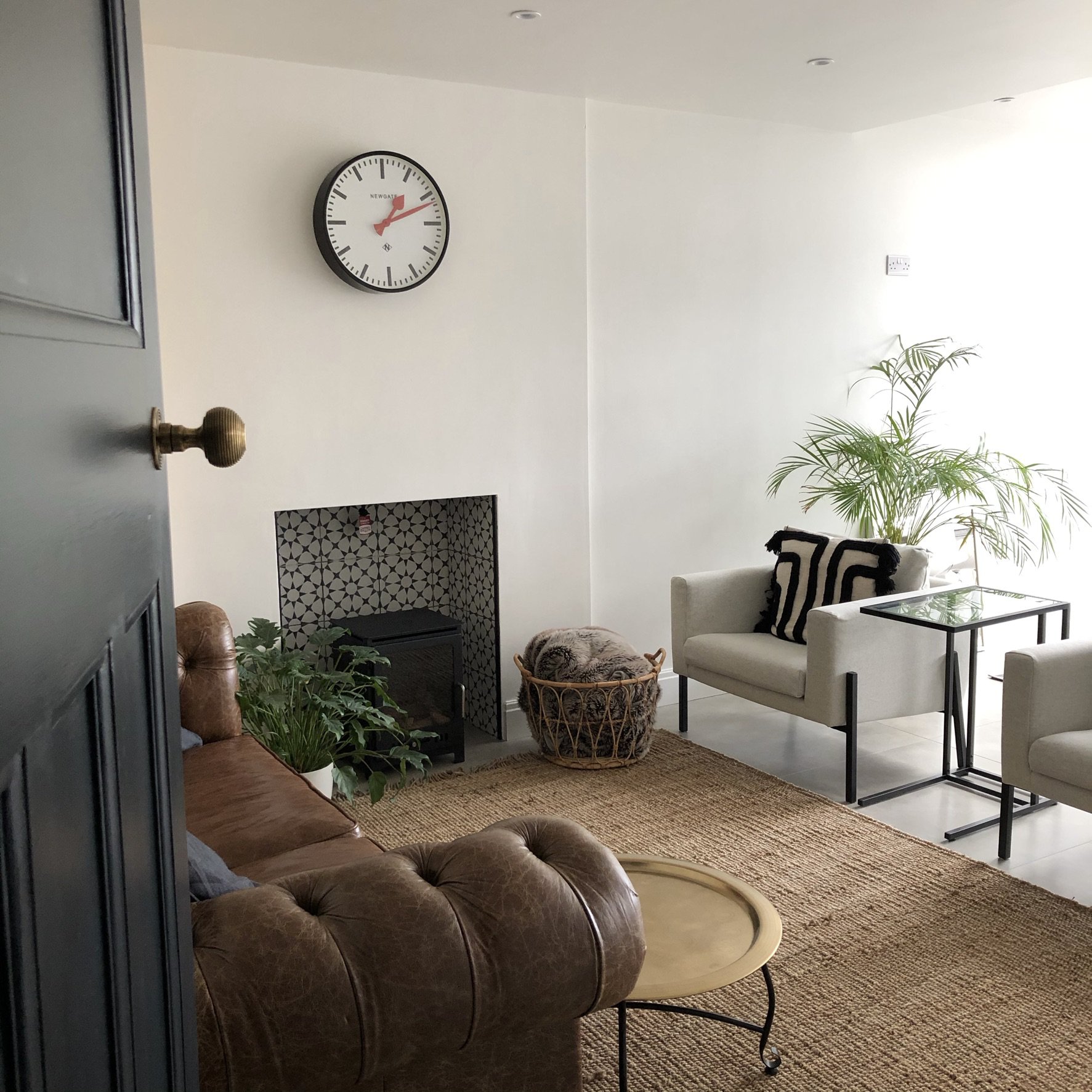 A couple have added £200,000 to the value of their 1930s three-bed by using DIY skills they learned on Youtube to create a luxurious five-bedroom home.

Due to building regulations, they hired builders to do some of the construction work including converting the loft, rewiring the property and building an extension. The couple also learned how to reboard the walls, replace skirting boards and fit the kitchen using online tutorials.

Emma, who works as a water scientist, said: ‘We tend to complete a project house and then move onwards and upwards using the equity from the renovation.

‘In this house, we really wanted a kitchen diner and that wasn’t possible with the original layout. We also wanted a more spacious bathroom and a master bedroom with a view.

‘I think we have got so used to renovating constantly that it will be a surprise how much time we have on our hands once this one is fully complete if we don’t decide to move again.’

The renovation started with the loft conversion, adding an extra bedroom and en-suite bathroom, costing them £40,000 for the building work.

Emma and Alex later installed column radiators and painted the rooms to complete the design.

Once the builders finished rewiring and installing a new boiler, Emma and Alex got to work on the rest of the existing rooms by themselves.

Firstly, they stripped out the old plaster and reboarded the walls before placing new skirting boards and radiators in all the rooms.

They gave each room a new lick of paint and changed all the windows to allow more light into the space.

For the hallway, the couple kept the original woodwork but replaced the spindles and skirting boards, before getting help from a plasterer to skim the walls and finally repainting the staircase.

They also built a cupboard for the hot water tank and a cupboard under the stairs for storage.

For the main bathroom, Emma and Alex opted for gold brassware for a luxurious look and installed a free-standing roll top bath, panelling and marble floor tiles.

The couple built their own bathroom cabinet and installed double basins for a luxury ‘hotel’ feel.

To add even more space, they hired builders again for a ground floor extension, costing them around £90,000.

Finally, they sourced an inframe kitchen and fitted it in themselves, saving them at least £4000.

After three years of work, the project is almost complete and although they spent £160,000 in total, they believed they saved thousands by getting stuck in themselves.

The pair love the final result but admit it has been tricky living in the property while the work was carried out.

Emma said: ‘We were lucky that it was good weather when the extension was being completed, but we lived with a makeshift camping kitchen for three months which wasn’t much fun.

‘When the first bathroom was completed, we had been living with a terrible tiny shower and no hot water for a couple of months by that point, so a new bathroom and warm water was a luxury.

‘After we had the house rewired we had so much dust everywhere for weeks, and at the same time no hot water.’

She says they’re still planning to finish up the downstairs hallway and a few other bits, but they’re impressed by the transformation.

In a few words of advice for those who wish to renovate their home, Emma said: ‘We would say just give everything a go!

‘It’s surprising how much you can learn from YouTube and online, we would never have dreamt of building our own bathroom vanity unit but the amount we have saved, it’s definitely been worth it.

‘We couldn’t have afforded all that we have if we had paid trades to complete everything for us.’