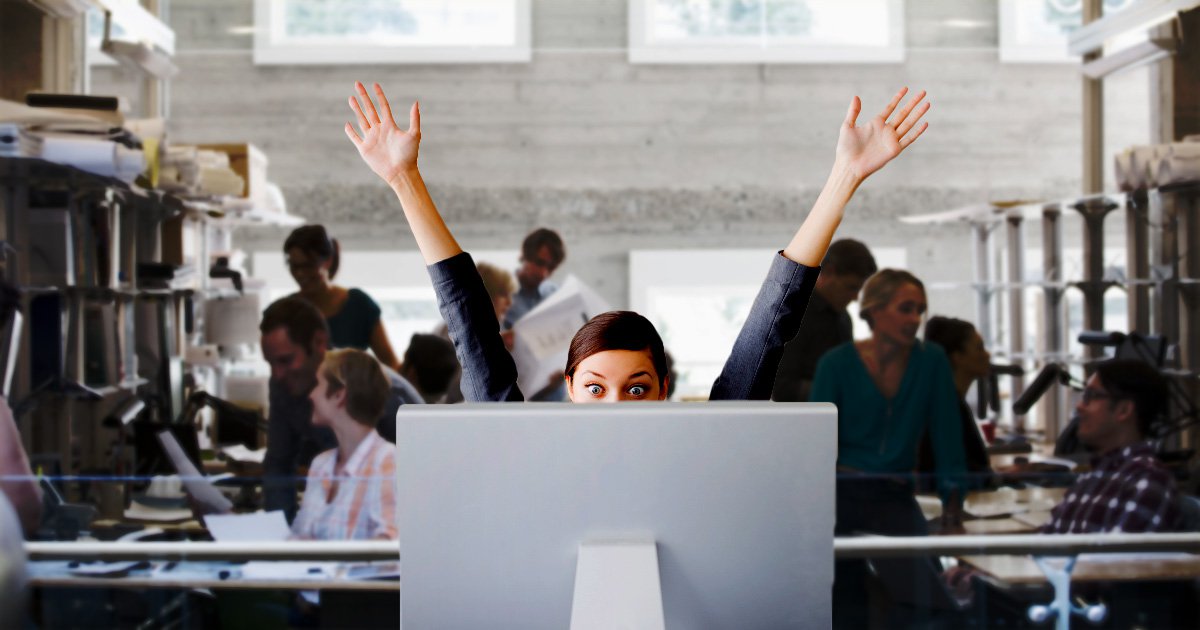 From ‘quiet quitting’ to widespread strike action across industries, it seems many of us have lost our zest for work.

Pushback against unfair practices is inevitable, but particularly understandable given how the cost of living crisis, ongoing pandemic fallout, and global unrest have impacted our lives outside of our jobs.

However, insecure employment contracts and a job market that’s seeing hundreds apply for a single role means that taking action isn’t always an option for everyone; some people merely want to keep their head down and keep their job.

But how do you find motivation when, for whatever reason, it doesn’t come naturally?

Back in 2019, writer Anne Helen Petersen theorised the idea of ‘LARPing’ jobs, specifically looking into how remote workers can appear present while getting things done in a way that suits them.

Referring to the hobby of Live Action Roleplaying, LARPing at work is the practice of performing as a productive employee even when you’re not, in an effort to show bosses you’re ‘making yourself useful’.

This might mean holding lots of meetings, being online for longer than your scheduled hours, or being particularly active on Slack, email, and Microsoft Teams: if it’s all about evidencing work rather than actually doing it, it falls under the LARPing descriptor.

While the phenomenon is credited to presenteeism and expectations that staff be ‘always on’, employees themselves don’t have the power to change things. And without that necessary shift in culture, some are looking for ways to get through the 9-to-5 without burning out.

Recent research found that half of us feel inadequate in our jobs, with almost a quarter saying they have regular bouts of ‘imposter syndrome’.

According to Toby Fowlston, CEO of global recruitment consultancy Robert Walters, imposter syndrome – the belief that you’re not as competent as others seem to be – is particularly common among high-achieving people.

‘Comparing ourselves to others is always a dangerous thing to do, he tells Metro.co.uk. ‘Particularly in today’s world, there’s so many podcasts on leadership and what you should do; climb a mountain and get up at five o’clock in the morning, be a philanthropist – there’s almost too much advice out there.

On top of this there’s burnout, which the WHO recognised as an illness in 2019. Toby says this can manifest as ‘depletion, exhaustion, negativity, and cynicism,’ and lead to a lack of engagement and productivity as well as the employee eventually quitting the role.

Theoretically, LARPing as the ‘perfect’ staff member could start the process, mitigating the headache that comes down the line from a lack of motivation: effectively, fake it ’til you make it.

It’s not a new idea. In the 1920s, psychologist Alfred Adler created a technique called ‘acting as if’ that’s still used today in therapeutic settings to promote different viewpoints from clients.

American philosopher William James also wrote around the same time: ‘Action seems to follow feeling, but really action and feeling go together; and by regulating the action, which is under the more direct control of the will, we can indirectly regulate the feeling, which is not.’

Following the same logic, it makes sense that roleplaying as an optimistic and competent worker would help you become that for real over time. But not everyone’s convinced.

Alex Hirst, co-author of Workstyle: A revolution for wellbeing, productivity and society, tells Metro.co.uk: ‘We all want to make others believe that we’re more in
control of our work and our lives than we really are, and so I can see how “faking it” might seem like a good idea.

‘But I think this can be dangerous from the point of view of your reputation and your mental health.’

Also a co-founder of Hoxby, Alex has had his own experience with burnout, experiencing physical symptoms such as teeth-grinding and vertigo alongside ‘psychological exhaustion’.

‘I became emotionally numb to the highs and lows of work,’ he recalls. ‘It was my ambivalence to it all that made me realise I wasn’t in a good place.’

What got Alex out of that place was changing his working routine by starting his own business. Conversely, he says LARPing at work may actually entrench unhealthy practices.

Alex says: ‘You have to wonder if presenting oneself in the way we think our employers want to see us is, in fact, what they actually want to see.

‘In my experience this stems from the culture of an organisation where people witness certain behaviours being rewarded and then make micro-adjustments to their personality in order to “fit in”.

‘This might work for some people in the short term but it’s fundamentally a dishonest way to portray oneself and could lead to longer term mental health issues.’

It’s the lack of sustainability within roleplaying that Toby also takes issue with.

‘Because it’s not authentic it can further psychological burnout,’ he says. ‘You could argue it might encourage positive behaviours, but the reality is, if that’s not being done authentically, it’s exhausting.’

While writing Workstyle, Alex and co-author Lizzie Penny found that research from the University of Novi Sad in Serbia demonstrated the importance of authenticity, delineating it into three types.

He explains: ‘The first is authentic living (living as your true self), the second is accepting external influence (the extent to which you take on the behaviours of those around you), and third is self-alienation (lacking a feeling of integrity or connection with your true self).

‘The research showed that when these are taken together, they are a statistically significant predictor of psychological wellbeing and overall mental health.’

The old adage is that you should ‘dress for the job you want, not the job you have’, but switching your mindset more towards this ethos won’t fix the underlying problems causing you to struggle.

According to Toby, ‘there needs to be a conversation’ between an employee and manager, crucially before it gets to the stage where coping mechanisms are having to be considered.

‘The employee wants to do a good job, they want to perform well and they’re acting this role,’ he says.

‘They’re acting often with what they perceive to be the right intentions, but for whatever reason, they’re falling short, and they’re putting on this act to please their manager, potentially to keep their job or get a promotion.

‘There’s got to be a conversation, because ultimately long-term that person is probably not going to be happy – and may not be happy at that immediate moment in time anyway.’

That doesn’t mean you can’t play up to a persona of confidence and having it all together, just that it shouldn’t put on a show if you’re struggling at work.

Remote workers, for example, may benefit from being able to have separate personas for their job and personal lives, while neurodivergent people might feel more comfortable conforming (at least during working hours) to an expected set of corporate ideals.

Robust training needs to be in place in every workplace so staff don’t feel pressured without the information to make decisions, while Toby believes more face-to-face work will help boost morale.

‘It’s really important for managers, in my opinion, to get face time with their team members,’ he says, but advises this be in a safe environment where concerns are taken in account by bosses (rather than performance being 100% output-based).

Additionally, he says reward structures and mentoring may help an employee heading for burnout or dealing with imposter syndrome. Crucially, though, it has to come from the top.

‘Performance is variable and dependent on a number of factors,’ says Alex.

‘Our duty as managers is to create and offer our employees the right tools and enough time to reflect on their own performance, diagnose their own shortcomings and find their own path towards the goals that they are motivated by.’

If you’ve already broached issues with your boss and you’re not seeing any progress, don’t LARP to keep up appearances. Considering such coping mechanisms in the first place may be the wake up call you need to leave and find something more fulfilling.

Toby advises: ‘If someone is LARPing and has no intention to really change or look to improve their performance, is that the right role for them in the first place? If they’re not comfortable, is that really the environment they want to be in?

‘It’s far better to make that decision yourself rather than the organisation making it on your behalf.’