Secondary school students should be better taught Australian values, Indigenous history and citizenship studies to increase their knowledge of and engagement with civics and democracy, a bipartisan parliamentary report has urged.

An 18-month Senate inquiry into Australian nationhood, national identity and democracy has called for a wide-ranging review of the curriculum and the specific inclusion of more content about First Nations history and issues of citizenship for Aboriginal and Torres Strait Islander Australians. 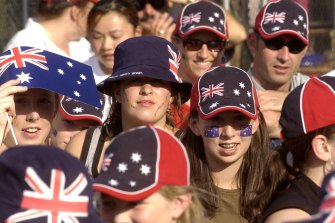 A parliamentary committee has called for the improvement of civics lessons in schoolsCredit:Graham Tidy

But the inquiry failed to reach a unanimous position on overturning the controversial laws which prevent dual nationals from being elected, which led to 15 MPs resigning during a constitutional crisis in the previous term of Federal Parliament.

Several recommendations – which were not all supported by Coalition members of the committee – also included proposals for engagement with the Uluru Statement from the Heart, increased public funding of political parties and candidates and a federal anti-corruption commission.

The inquiry was established in September 2019 against a backdrop of rising populism around the Western world and a perceived weakening of traditional institutions, often linked to global events such as the Global Financial Crisis in 2007, the election of former US president Donald Trump and Britain’s exit from the European Union.

The bipartisan committee agreed the federal government should increase the time dedicated to civics and citizenship education to at least 30 hours a year, be compulsory in years 9 and 10 and conducted by “appropriately trained” teachers. It would include resources developed by First Nations people and be made more engaging for students.

The civics and citizenship curriculum would be reviewed five years after its implementation to assess its effectiveness in increasing knowledge and engagement of young people, the report recommended. 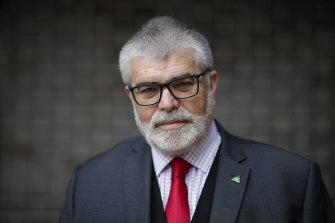 Labor Senator Kim Carr said “the level of civic engagement and debate in this country is disturbingly low”.Credit:Alex Ellinghausen

Chaired by veteran Labor senator Kim Carr, the review made 18 recommendations including providing prospective citizens with an “engaging and informative” history of Australian democracy and system of government as part of their citizenship preparation process.

He said the report is a snapshot of Australia at a turbulent time in its history and that of the wider world.

“What is undoubtedly true is that the level of civic engagement and debate in this country is disturbingly low,” Senator Carr said.

The report, released on Tuesday night, recommends the federal government improve educational and school programs to tackle prejudice and build tolerance and “understanding, empathy, and an openness to diversity”.

The committee also recommended that the Australian government works with the journalists union, the Australian Media Alliance, to develop a national strategy to tackle fake news and misinformation. Coalition MPs on the committee, however, urged caution against any proposal which limits or regulates free speech and said the government had already taken steps through its digital platforms code and proposed online safety bill.

Labor and The Greens supported a recommendation the government investigate options to allow dual citizens to run for, and sit in, the Federal Parliament, but it was rejected by Liberal senators Sarah Henderson and Paul Scarr.

The crisis in the previous Parliament, arising from section 44 of the Australian Constitution, which prohibits parliamentarians from having allegiance to a foreign power, especially citizenship, cost several MPs their careers and brought the government to the brink.

In a dissenting report, senators Henderson and Scarr said they were troubled by the notion a dual citizen could sit in Parliament.

“Yes, we agree that Australia imposes a strict approach to political citizenship. However, this we believe helps to engender the trust and confidence of Australian citizens in their political representatives, which is a fundamental tenet of our parliamentary democracy.”