Coca-Cola Plus Coffee and its zero-sugar alternative are part of a growing diversification of beverages that have helped the company boost sales.

The infusion of Brazilian coffee beans into the signature soft drink is available in over 25 international markets after successful trial runs dating back to 2017.

"Internationally, a scaled launch of Coca-Cola Plus Coffee in more than 20 markets with a diligent consumer focus, consistent messaging and an integrated execution plan has driven strong performance," the Atlanta-based company said. International success hasn't led Coca-Cola to commit to bringing the product to the United States, however, according to a company spokeswoman.

The market for carbonated soft drinks declined 1.6 percent annually from 2012 to 2017, according to a bevindustry.com report, and brands have responded with a variety of strategies.  As consumers drink less sugary sodas and look for healthier alternatives, beverage companies have had no choice but to adjust their product lineups.

Stocks in this Article

"Our performance gives us confidence that our strategies are taking hold with our consumers, customers and system," CEO James Quincey said in a  statement. "We are positioning the company to create a better shared future for all of our stakeholders."

Coke's move toward smaller cans, lower caloric intake without sacrificing taste and low-sugar offerings, such as sparkling water beverages, have helped boost earnings, according to the company. 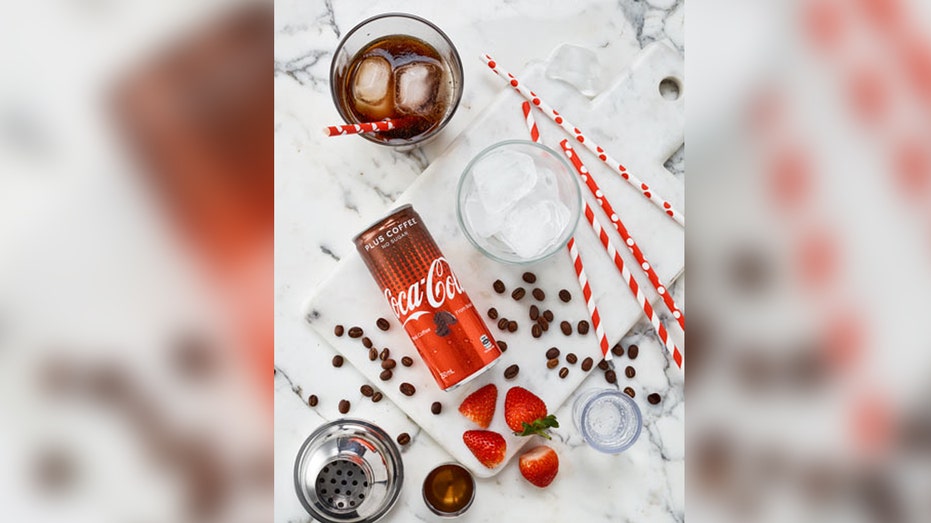 Coca Cola Plus Coffee is the company's second attempt at blending the two drinks together under its flagship brand name. The predecessor, Coca Cola Blāk, launched internationally in 2006, but failed to catch on and was discontinued two years later.

Global coffee consumption is growing at 5.5 percent a year, according to Mordor Intelligence. And after Starbucks and Kraft-Heinz, which owns the Maxwell House brand among others, Mordor ranked Coca-Cola as the third-largest global player in the coffee market.

In a further expansion of its coffee enterprise, Coca-Cola closed its $5.1 billion acquisition of England-based Costa Coffee, which was announced last August, earlier this year. Costa joins Coca-Cola's extensive family of non-soda brands, including Dasani, Odwalla and Honest Tea, that target the ever-growing base of health-conscious consumers.