Honoring Jack. Chrissy Teigen penned a touching tribute to the son she and John Legend “almost had” on Tuesday, September 28.

“A year ago you gave me the greatest pain I could ever imagine to show me I could survive anything, even if I didn’t want to,” the Cravings author, 35, captioned a throwback hospital photo via Instagram. “I didn’t get to take care of you but you came and went to get me to love myself and take care of myself because our bodies are precious and life is a miracle. They told me it would get easier but yeah, that hasn’t started yet. Mom and dad love you forever.”

The Utah native also posted a National Sons Day Tribute for her 3-year-old son, Miles, writing, “Crap if he grows up and sees I posted for daughter’s day and not son’s, will he be mad? Are these going to be the grievances our kids have?? Anyhow I love you so much, son!!” 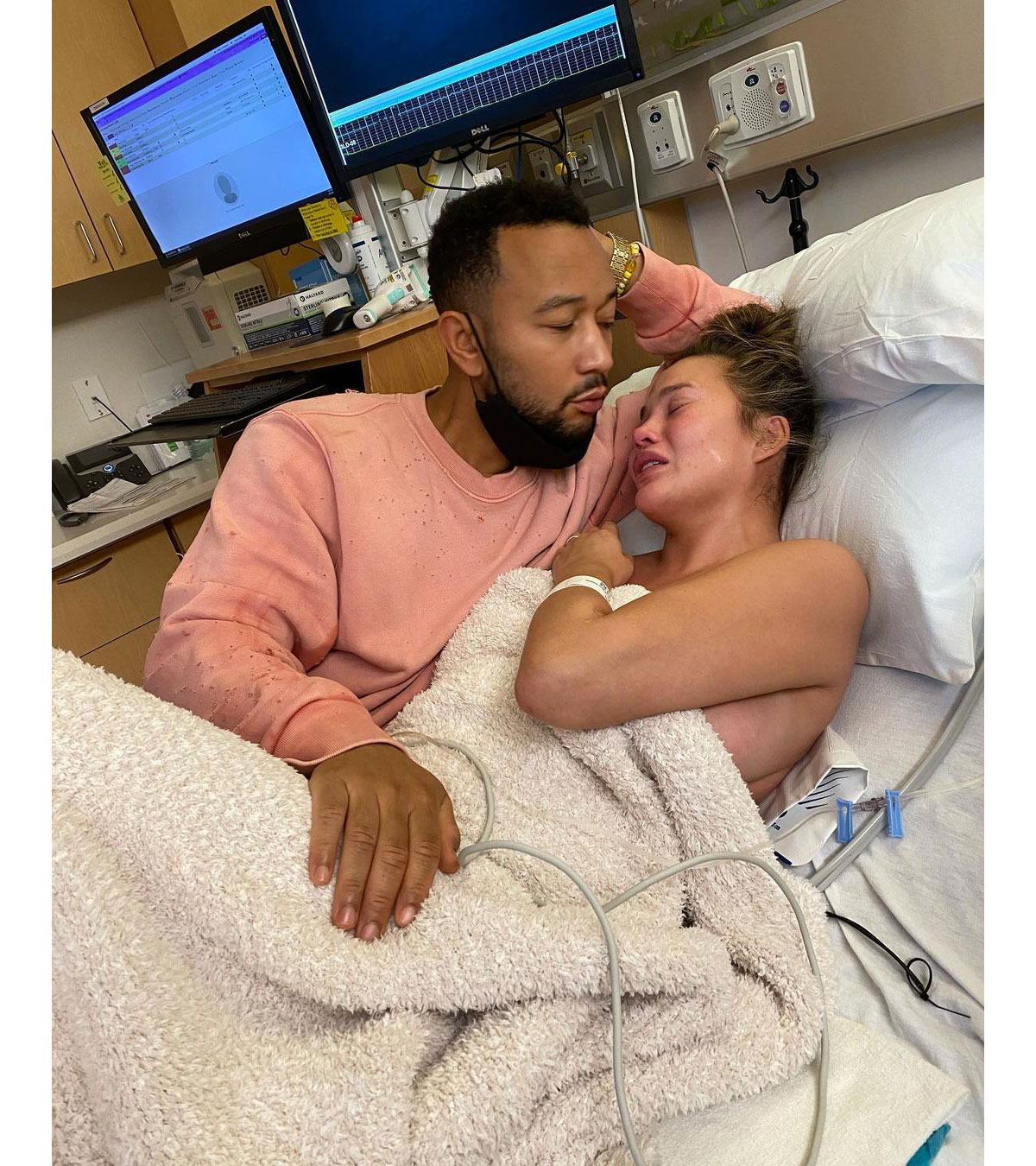 The Sports Illustrated Swimsuit model and Legend, 42, are also the parents of daughter Luna, 5. They announced in August 2020 that baby No. 3 was on the way. Teigen suffered a pregnancy loss the following month.

“We are shocked and in the kind of deep pain you only hear about, the kind of pain we’ve never felt before,” the Bring the Funny judge told her Instagram followers in October 2020. “We were never able to stop the bleeding and give our baby the fluids he needed, despite bags and bags of blood transfusions. It just wasn’t enough. … On this darkest of days, we will grieve, we will cry our eyes out. But we will hug and love each other harder and get through it.”

The Chrissy’s Court star was diagnosed with partial placenta abruption 20 weeks into her pregnancy, she wrote in a Medium essay later that same month. After many blood transfusions, Teigen was told that her baby boy would not survive. She subsequently had an epidural and birthed Jack. 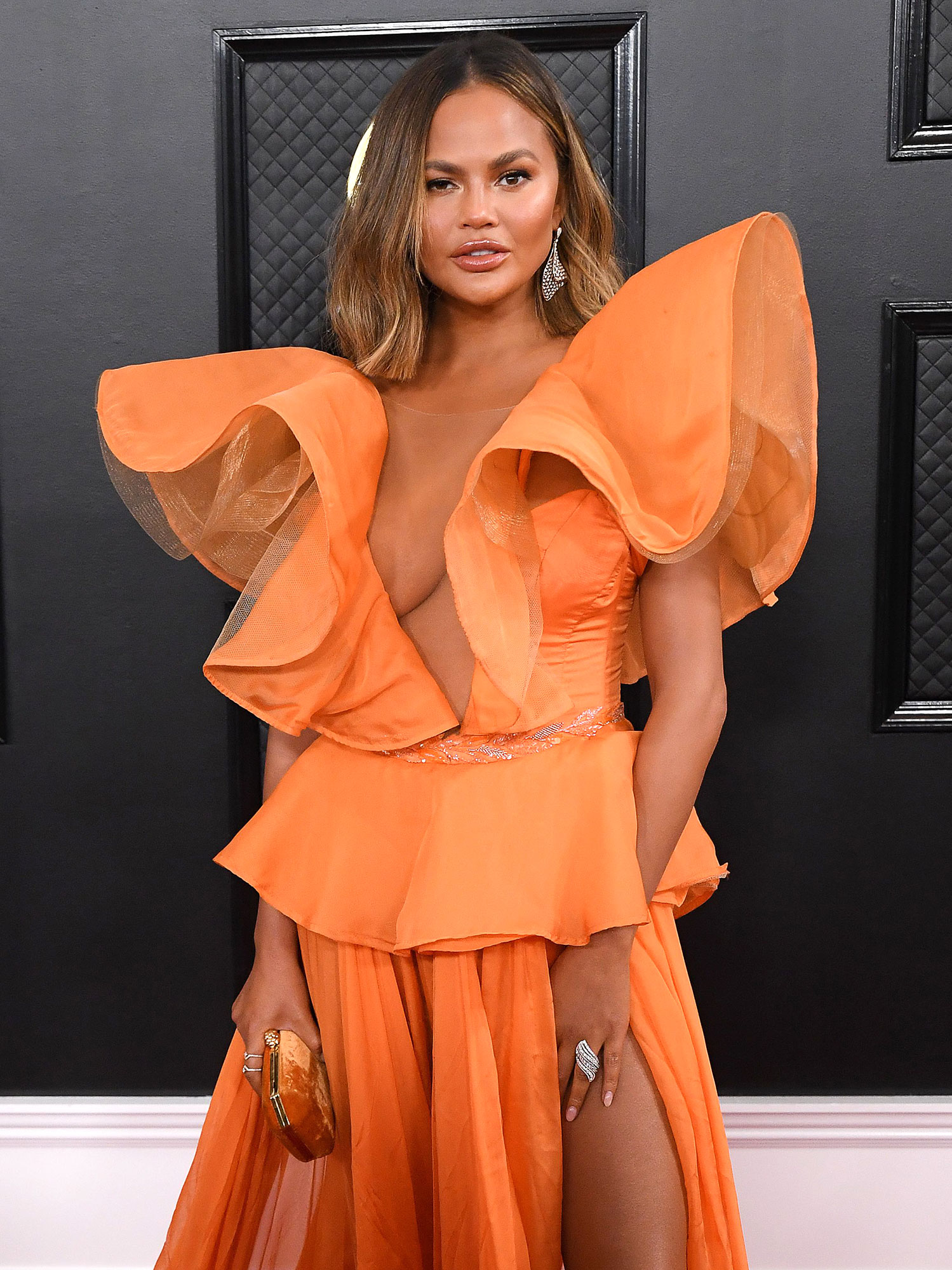 “I asked the nurses to show me his hands and feet, and I kissed them over and over and over again,” the former Lip Sync Battle cohost wrote at the time. “I have no idea when I stopped. It could have been 10 minutes or an hour.”

The model has continued to be open about her healing journey, from her postpartum body to her sobriety. (Teigen recently celebrated 70 days sober on Sunday, September 26, marking her “longest streak” yet.)

“Now that I don’t have the alcohol to numb it away, things are just … there, waiting to be acknowledged,” Teigen wrote via Instagram in August, noting that she hasn’t “fully processed” the loss. “I’m slightly down lately. It kind of started when I was thinking of my book caption and typed out ‘my third baby is here!!’ as in cookbook, then realized my third baby will never be here. Then I realized I threw myself into the book, [Cravings: All Together], to not think of the real, actual third baby. … I guess what I’m saying here is life is so f–king complicated.”