Channel 5 has unveiled a brand new show, which will see British singletons from different social backgrounds agree to meet for a blind date.

My Posh Date, created by the makers of the nation’s much-loved series First Dates, will see whether love can flourish across the class divide.

Quietly confident that his date will never have been a date quite like it, the investment broker will tell viewers: ‘I highly doubt that someone has taken her for a punt before.’ 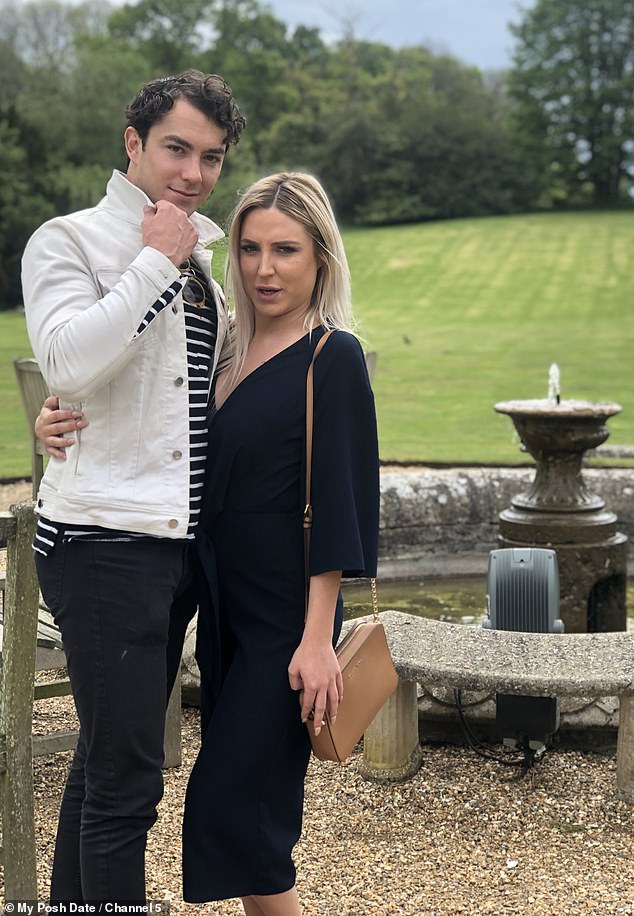 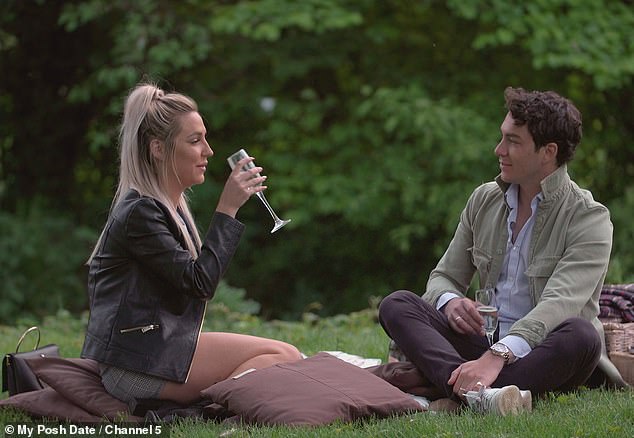 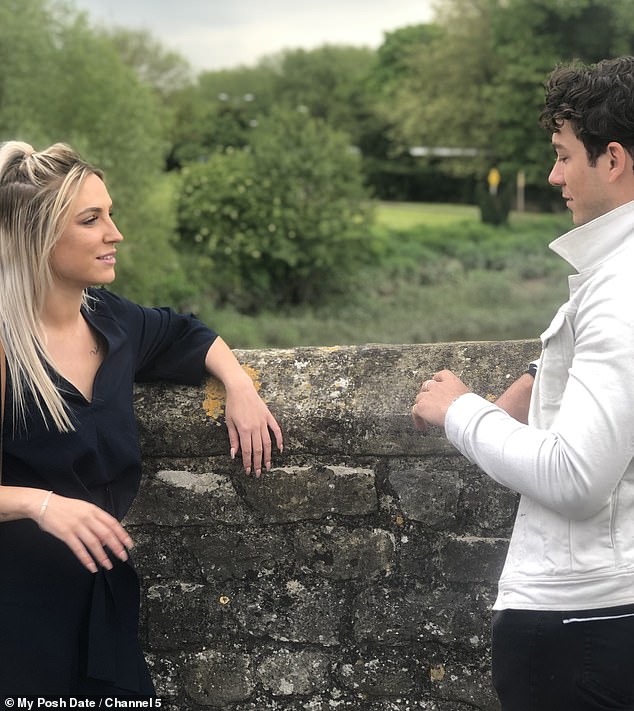 The couple, who come from different social backgrounds, will try to see if love can flourish across the class divide

Unaware of what is waiting in store, Amy tells viewers: ‘I don’t have any experience of being around people who are really wealthy. ‘

As the blind date commences, viewers will watch in anticipation as Amy admits to Sam that she has never heard of a punt.

Dressed in a leather jacket and mini skirt, Amy admits to Sam: ‘Never in my life I don’t even know what it is.’

As the comical scenes unfold, Sam is seen armed with strawberries and prosecco for his lucky lady, while Amy clambers onto the flat-bottomed boat and tries and engage in conversation. 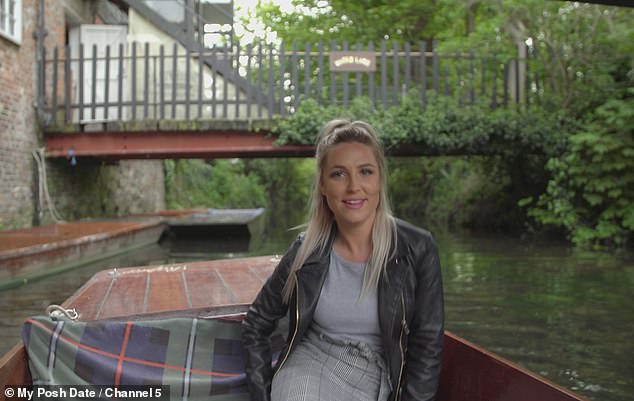 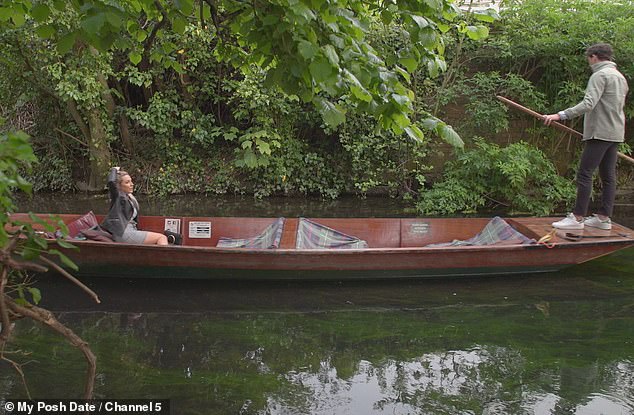 The pair, who are meeting for the very first time, will try and see if there is a spark between them

Following their romantic ride along the canal, Sam and Amy take a stroll to the nearby park to indulge in a posh picnic prepared by the broker himself.

However before long disaster erupts as Amy’s attempts at opening a champagne bottle see the bubbly beverage spill all over her.

A startled Sam says: ‘Are you okay? You’re a bit wet.’

Taking her cue to poke fun at the situation, Amy replies: ‘Wet everywhere, and not even the good type.’

As the pair continue with their picnic, the topic of conversation soon turns to fast food and kebabs, with Sam admitting to Amy he has never indulged in the meaty treat. 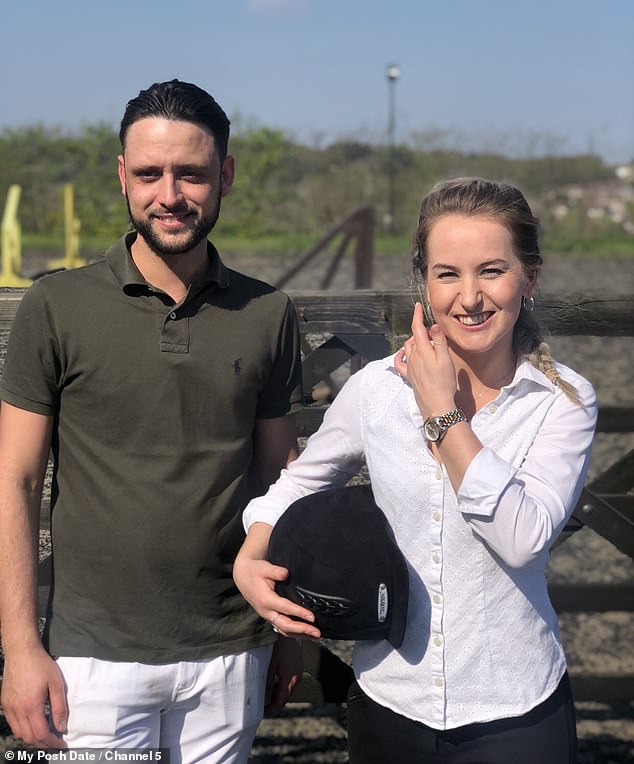 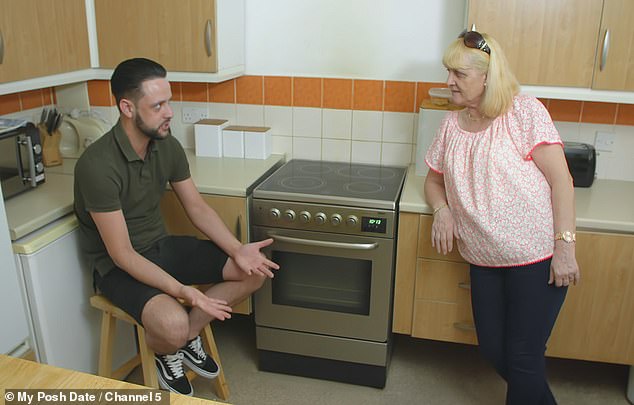 Prior to meeting Holly, Jack’s mother (right) will admit to the cameras that she is worried about the idea of her son dating a posh girl 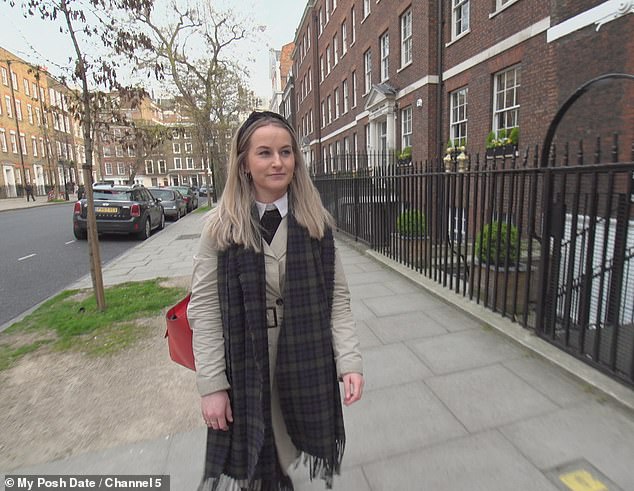 Making the confession he says: ‘Unfortunately I didn’t pack the kebabs. I like to sit down at a table when I eat.’

Jack is seen eagerly anticipating Amy’s arrival to his home with his supportive mother, who is worried about the idea of her son dating a ‘posh girl’.

Confessing her fears to the cameras, Jack’s mother says: ‘I’m obviously worried about it. I don’t like girls that are overdone and the way girls talk is important.’ 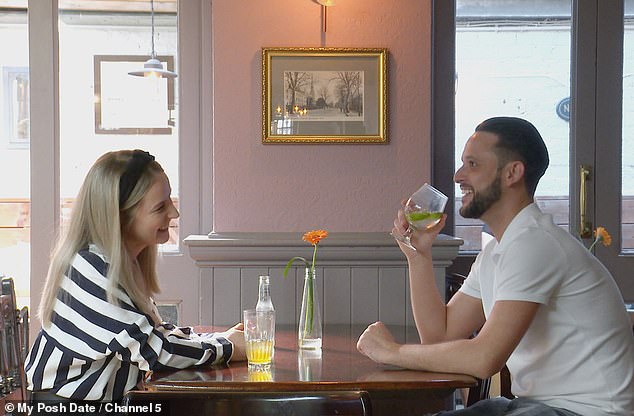 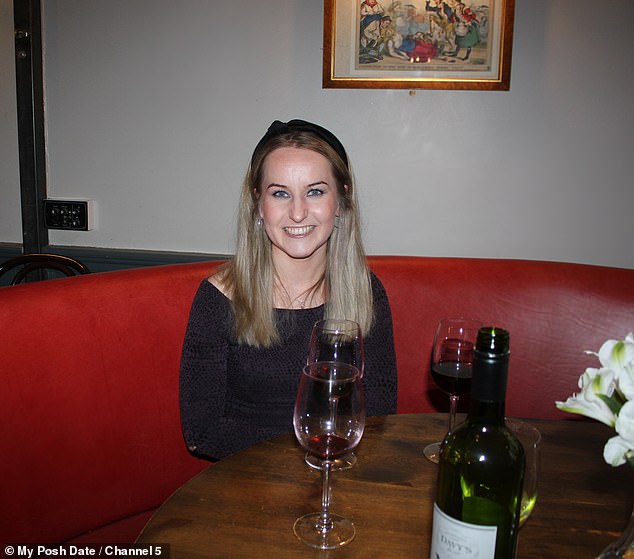 Prior to meeting Jack, the trainee barrister tells viewers that she is nervous about the blind date 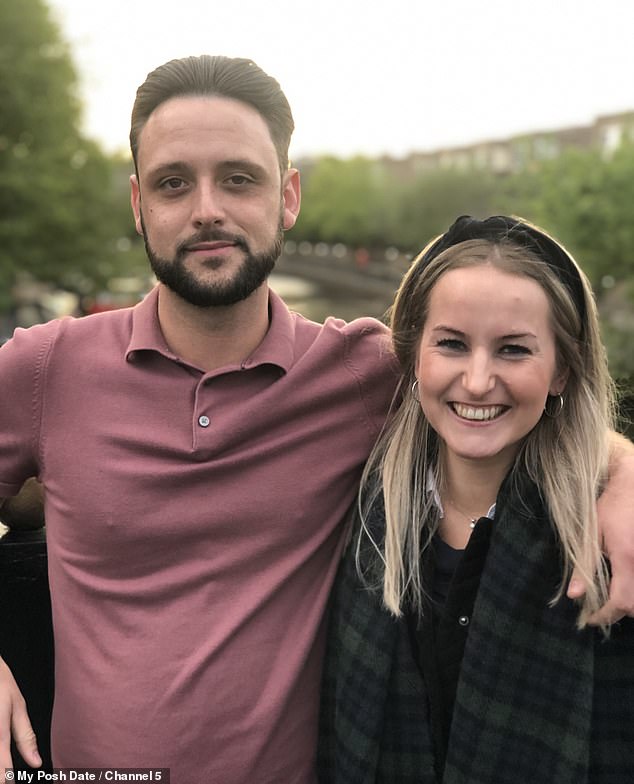 She continues: ‘She’s from a totally different background so obviously I’ll be weighing her up’.

As the mother-son duo wait for Holly to arrive, the trainee barrister is seen making her way through streets that look very different from where she was raised.

She admits to viewers: ‘So this is my first time in Lewisham, from what I see of it it is obviously up and coming. I grew up with fields we certainly didn’t have any high rise buildings. I’m like a fish out of water.

‘I am nervous there is quite a lot riding on this.’