IF you’re unable to get an erection, it’s not something to ignore, doctors say.

Erectile dysfunction (ED) on repeated occasions could be the sign of something sinister, potentially life threatening. 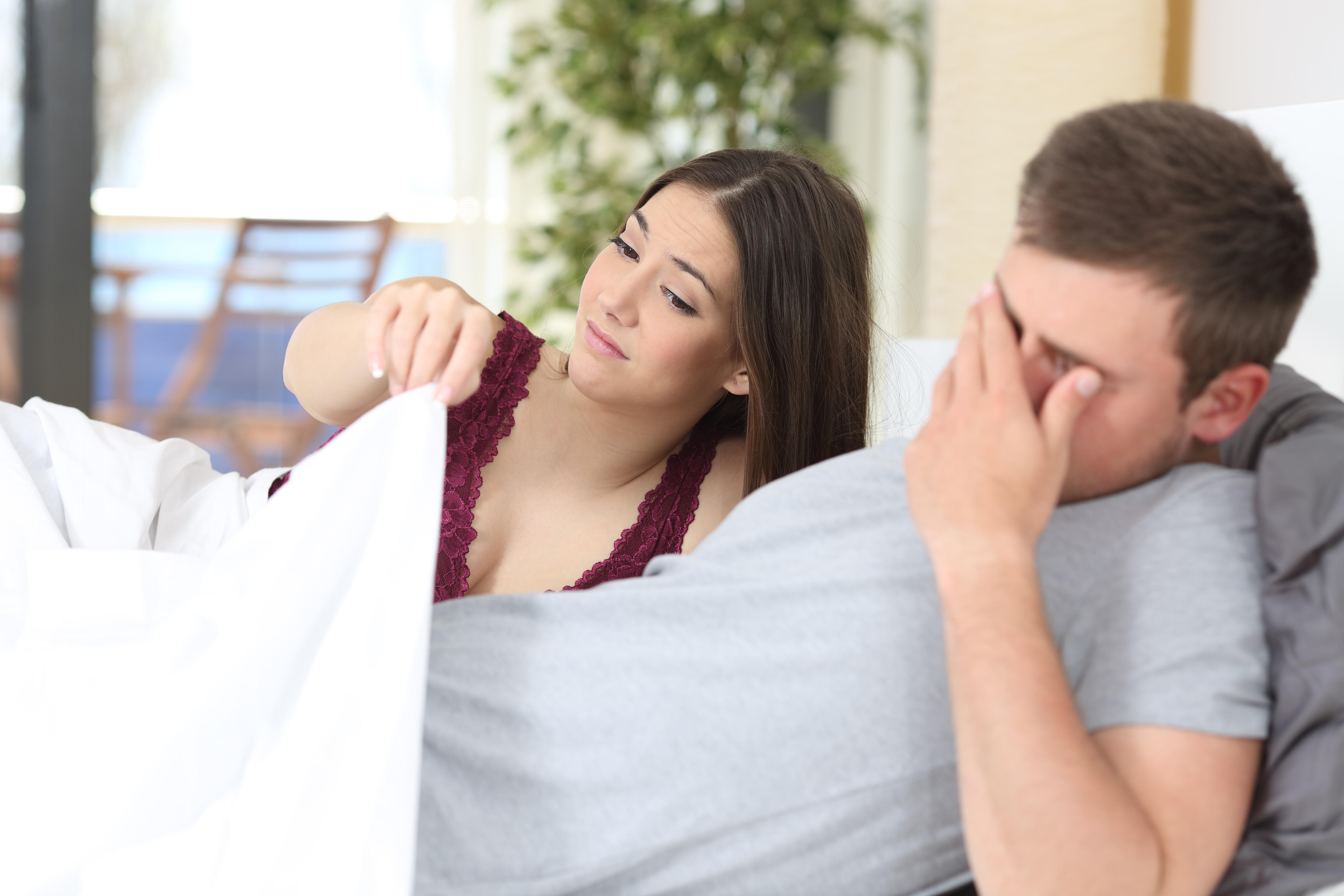 Men over 40 years old are particularly likely to get ED, and the problem appeared to rise during lockdown.

It could be the only obvious symptom of a serious health condition that needs treatment, or an early warning sign of a problem in the future.

Christos Vasilakos, director and sex therapist at International Andrology, told the Sun: “It is not an exaggeration to say that the quality of erections is one of the best health indicators for men.

“This does not mean that if you have good natural erections everything is fine, but it rather means that if you are suffering from ED then it is very likely that this is an important health warning that no man should ignore.

“This is not surprising since for many men their ED has the same underlying causes with very serious health issues such as cardiovascular disease and high blood pressure, metabolic syndrome and diabetes or low testosterone.”

Christos said any man can get treatment for ED, regardless of the cause. Delaying this could make the problem worse, however.

It’s also best to think of ways you can improve your general health, by eating well, exercising and sleeping enough.

“Do not suffer in silence. You should take your ED issues seriously – as they can be a very important overall health warning,” Christos said.

All men have trouble getting it up on the odd occasion.

Usually it is nothing to worry about. But if it keeps happening, it’s time to see your GP.

It could be caused by the following:

Sometimes erectile dysfunction (ED) could be the sign of an underlying heart problem, either now or in the future.

A key cause of ED is thought to be a buildup of fatty substances in the arteries, a condition called atherosclerosis.

The buildup reduces blood flow in the penis, making an erection difficult.

Atherosclerosis can be deadly because it can lead to heart diseases and potentially strokes, heart attacks, angina and strokes.

One study found that 64 per cent of men hospitalised for a heart attack had suffered with ED at least one point previously.

And Mr Vasilakos said: “It is a well-established fact that in such cases ED can predate a cardiovascular episode by three to five years.”

It’s easy to assume that erectile dysfunction is a physical problem “down there”.

But actually, its causes are very often rooted in mental health.

Even if a man feels completely comfortable in the bedroom with a lifelong partner, depression, anxiety and stress could cause his erection to flop.

It is thought that the imbalance of chemicals in the brain makes it harder to send signals to the penis to become erect.

Depression and other mental health illnesses can also cause sex drive to plummet, because the brain is where sexual desire starts.

Read more about the symptoms of depression and anxiety.

Therefore if levels are low, it may result in ED.

But some experts say low testosterone in itself is rarely the direct cause of ED, as it often accompanies other clear ED-causing conditions such as atherosclerosis.

It is not an exaggeration to say that the quality of erections is one of the best health indicators for men.

Testosterone, the male sex hormone, declines as a man ages.

Your GP may order a blood test to measure your testosterone levels, and if they are deficient, you may be referred to a specialist to get medication in the form of patches, gels, tablets or injections.

If you’ve ever tried to have sex after a night of boozing, you’re likely to have struggled to “get it up”. That’s because alcohol decreases blood flow to the penis.

But long-term alcohol problems can cause damage that make it consistently difficult to get an erection.

Alcohol interferes with the messengers in the brain that tell the penis to fill with blood and can reduce testosterone, according to Ireland’s Health Service HSE.

Up to 33 per cent of men with alcohol dependence have erection difficulty, according to one study, but even more men suffered premature ejactlation (37 per cent).

It can also impact fertility, which may dash your hopes of becoming a father.

Find out if you are drinking too much alcohol using this quiz.

They can lead to atherosclerosis – the narrowing of the blood vessels and the most common reason ED occurs.

High cholesterol and hypertension do not show any obvious symptoms.

The NHS describes hypertension as a “silent killer”, warning that one in three people in the UK have it but many do not realise.

The dos and don’ts to avoid erectile dysfunction

Not only can it lead to heart attacks and strokes, but aortic aneurysms, kidney disease, vascular dementia and heart failure.

Meanwhile, there is strong evidence that high cholesterol can lead to a number of heart and circulatory issues, from mini strokes to peripheral arterial disease, which can make it hard to walk.

You can only find out if you have either condition by seeing your doctor.

ED is a common complication of diabetes, affecting up to three-quarters of men with the condition at some point in their life.

It is thought to be a result of weakened blood vessels and nerves that control an erection, caused by high blood sugar levels.

But ED alone is unlikely to be a sign of diabetes, as it is more likely the bedroom problem arises after a long period of uncontrolled blood sugar.

Men with diabetes have been found to be more likely to experience ED in the five to 10 years after their diagnosis.

However, it is still important to know the symptoms of diabetes, as men over the age of 40 are at high risk – the same age group mostly affected by ED.