Mum and I moved into the top right-hand flat at Rotherwood when I was 12, and she was 36; a single mum and a night-shift nurse retraining as a social worker.

The grand-sounding Rotherwood might have been a fading beauty, but its location was no accident for us. 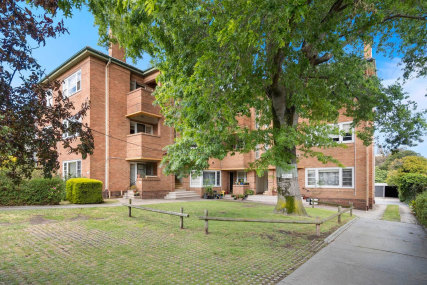 Rotherwood, at 570 Riversdale Road, is a fading beauty.Credit:Woodards Camberwell

Living at 570 Riversdale Road, Camberwell, put me within the zone for Canterbury Girls’ Secondary College; a high-performing public high school (when you grow up in a working-class Catholic family in 1950s Gippsland like Mum did, you value a girl’s education).

Rotherwood was in the news last week, described by the developer who bought it as “the shit that’s there”. It’s a bitter line to swallow for someone who lived there on and off for more than a decade, and whose mum lived there for 27 years before she died almost four years ago.

Buildings hold our stories and memories. They support our internal architecture. And for decades, that apartment block held mine. It still does.

Built in 1939 by Barry Humphries’ father Eric, and managed by the Humphries family until its recent sale to developers, Rotherwood is nine apartments – three up and three across. Fronted by an enormous elm, the rear is dominated by a full-sized grass tennis court. 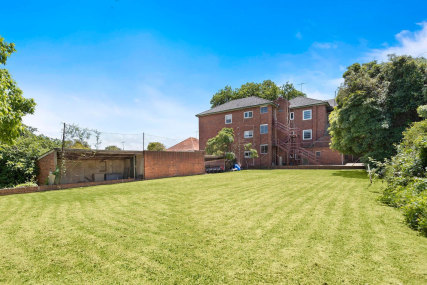 Walking down the rear wooden stairs from the top flat was an act of loyalty and courage. The staircase swayed with every step.

An old bloke called Geoff lived in Flat 1 for years. During the warmer months he’d be on the tennis court lawn daily, dressed in Stubby shorts wedged half-way down his generous arse and digging spiky weeds out with a spoon. He spent hours every day mowing and tending the lawn with an enormous old roller, which may well have been there since the court was built.

Beside the tennis court is a small and mysterious three-walled room that opens onto the court. An umpire’s box, perhaps? It smelt musky, and was covered with the chalked scrawls of long-gone children, whose scribbles I tried to decipher.

The ivy-covered jumble behind became my cat’s graveyard, and the overgrown jasmine vine we raided every spring, gathering armfuls to stuff into vases around the flat, which was filled with flowers, books, music, antiques and art. 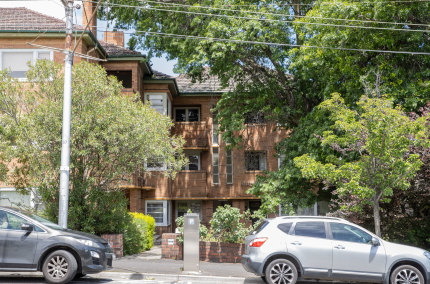 A developer described Rotherwood as “the shit that’s there”.Credit:Simon Schluter

In the early years, before Geoff got too old to maintain the grass, the neighbours played tennis out there. We held Christmas parties; food and drink carried downstairs and put on rickety tables at the court’s edge while increasingly unco-ordinated games of tennis were thrashed out.

When my colleague Clay Lucas sent the photograph of Rotherwood around last week, saying he was planning to write about plans to demolish it and build luxury townhouses in its place, my stomach dropped.

Under the plans, those nine spacious and light-filled art deco apartments – still with remnant quirks like two-way milk cupboards at the back doors, pedestal hand basins and original fittings – will be knocked down and replaced with box-like structures covered with metal and masonry cladding. Those plans are before Boroondara Council, and it seems all but certain they will be approved.

When Rotherwood was listed for sale, it was reported the Humphries family hoped the next buyer – whether investor or developer – would respect “their father’s legacy”.

It wasn’t to be. Instead, the developer wants to get rid of the ‘shit that’s there’ and replace it with metal cladding. Oh, the irony.

“There’s no heritage overlay, but I’ve had a couple of conversations with [prospective] buyers around keeping the units and developing the land at the back instead,” Woodards Camberwell’s Caroline Hammill told realestate.com.au.

It wasn’t to be. Instead, the developer wants to get rid of the “shit that’s there” and replace it with metal cladding. Oh, the irony.

Too often, Branagan told Lucas, communities work with councils to prove individual houses or precincts are deserving of protection, only for requests to fall on deaf ears once they reach the planning department or planning minister.

When I learned about Rotherwood’s looming demolition, I messaged a group of women I’ve known for almost as long as the block has been in my life.

“I’m sure the Germans have a word for this feeling, but I’m not sure I can put it into words,” I wrote.

A friend who works in planning replied: “So sad to lose such a special place … there is usually nothing but a heritage overlay that can stop the developers and their bulldozers. Neighbourhood character has been reduced to a built-form outcome.”

Of course, the grief I feel at losing Rotherwood is tied up with the grief of losing my mum. But it’s more than that, too. It goes to what we value. Our heritage is so much deeper than built form.