Just call her Betty Crocker! Kendall Jenner has been on a baking kick lately, and the latest person to benefit from her new hobby is none other than Hailey Bieber (née Baldwin). 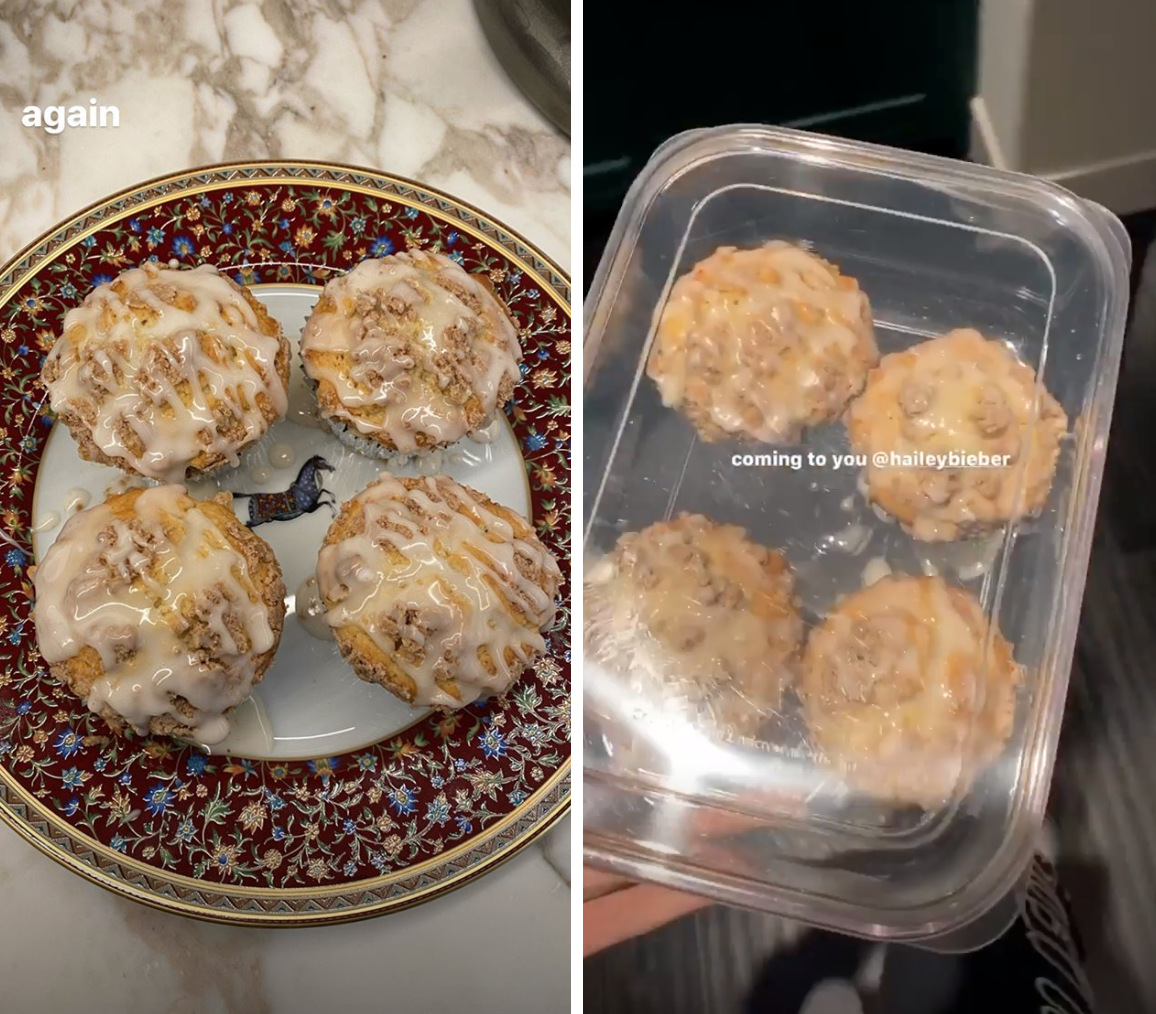 Jenner, 24, took to her Instagram Stories on Sunday, January 12, to show off her latest culinary accomplishment — homemade cupcakes. The model shared a snapshot of her four creations, which were coated with a thin layer of vanilla icing and pictured on a red floral plate. “Again,” she wrote over the photo.

In a subsequent video also shared on her Instagram Stories, the Keeping Up With the Kardashians star put the four cupcakes in a container and filmed herself as she walked with the protected treats in her hands. “Coming to you @haileybieber,” she declared.

Though Bieber, 23, didn’t share her thoughts on her pal’s culinary efforts, she confirmed receipt of the treats by sharing Jenner’s video on her own Instagram Stories and adding several smiley face emojis.

Jenner started off 2020 with a nearly identical batch of scrumptious cupcakes, hence her “again” quip. On January 1, just hours after attending a New Year’s Eve party at Attico in downtown Philadelphia with her ex-boyfriend Ben Simmons, the California native took a page from her older sister Khloé Kardashian’s book and baked herself a little something sweet on the first day of the decade.

“By me,” she proudly stated of the icing-covered cupcakes at the time.

What’s more? This is hardly the first time Jenner and Bieber have shown their appreciation for one another via food. Back in October, the Drop the Mic cohost and Jenner’s pal Fai Khadra whipped up a home-cooked meal for the E! personality when she was feeling under the whether.

“I’m sick,” Jenner declared on social media at the time. “@Yourboyfai & @Haileybieber to the rescue.” In an accompanying video clip posted by the Moon Oral Care founder, Bieber and Khadra, 29, were shown hard at work over a stove, presumably in Jenner’s kitchen. Khadra, who has been one of the model’s close confidant’s for quite some time, made what appeared to be eggs in a pan, while Bieber stood next to him and patiently stirred a broth of some kind.