The trial of Bruce Lehrmann, the man accused of raping Brittany Higgins, will be delayed at least two weeks to start in late June instead of on Monday as originally scheduled.

Lehrmann has been charged with sexual intercourse without consent, an allegation to which he has pleaded not guilty. 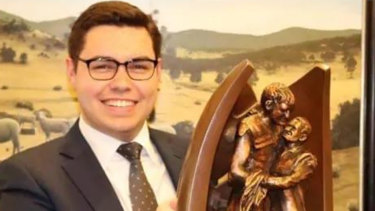 A firm start date will be set at a further directions hearing in the ACT Supreme Court next Wednesday.

Canberra lawyer Kamy Saeedi appeared in court on Lehrmann’s behalf on Thursday afternoon, telling Chief Justice Lucy McCallum he had only just taken on the case.

He has also found a barrister to appear in the trial, although said he hadn’t yet been able to “even look at the brief properly with counsel”. A Legal Aid lawyer told the court on Tuesday they hadn’t been able to secure a barrister for Lehrmann for the anticipated June 6 start date.

McCallum agreed to postpone the trial date to no sooner than June 20, with the agreement of prosecutor Shane Drumgold.

“I can well understand that a barrister coming into the matter now … would need more than the time between now and Monday,” McCallum said.

She said the trial must start by June 27 due to her prior commitments but noted that left “no fat” for unforeseen delays such as sick jurors or absent witnesses that might drag proceedings beyond the anticipated four weeks.