Britney Spears holds a special place in all ’90s kids’ hearts. She’s the one celebrity who has really been through it—and come out the other side doing better than ever. After all those ups and downs, you just want Brit to find the right guy to make her laugh, give her hugs, and bench press her like a barbell (okay, maybe not that last one, but it happened and looks fun!). Well, if social media is any indication, it looks like the pop star has found just that in boyfriend Sam Asghari.

The couple recently celebrated Brit’s 38th birthday together on December 2, and she documented all her bday activities (which included bowling and ice skating) on Instagram.

Marriage could be in the couple’s near future.

In an interview with Entertainment Tonight, Asghari said “Absolutely,” when asked whether he saw marriage in his future with the “Make Me” singer. “This is something that every couple should do. That’s the whole point of a relationship—we are a family,” he said. (Ummm, how cute is that?)

“Trust me, if we do ever get married, everybody’s going to know,” he continued. “Actually, you might be the first one to know—you never know!”

Just in case you forgot, the 38-year-old has two sons, Sean and Jayden, from her previous relationship with Kevin Federline. Meanwhile, Asghari doesn’t have any kids of his own. But despite their age difference, “Sam has a lot more in common with Britney [than her past boyfriends],” a source told Us Weekly in February 2018. “He’s very fun.”

Asghari also told ET how much his family adores Britney: “We’ve been together for three years and my sisters love her, my family loves her. My mom lives in another country [but] when she was here, she met her.”

In September, Britney decided to swap out her signature blonde hair for a darker look. The singer captioned the photo, “Same faces, same dress, new hair !!!!! 👠 Yes, my sister inspired me to go dark!!!!!!!”

Asghari hopped into the comment section writing, “Beautiful blond or black ❤️.” But this isn’t the first the couple has expressed their love for one another on the ‘gram.

Britney and Asghari have been together for about three years, and it seems like they’ve got a lot of mutual admiration for each other.

“I’ve been with this man for over a year… everyday he inspires me to be a better person and that makes me feel like the luckiest girl in the world,” Britney wrote in an Instagram caption.

“She motivates me more than anyone,” Asghari told Men’s Health. “It’s crazy how I can be humbled by a person like her. If I could be that humble when I’m that high in life, that would be the best thing. She is another blessing that happened to me.”

He’s been a huge support during Britney’s troubled year.

A source recently told Us Weekly that her relationship with Asghari is “rock solid,” and that he’s has tried to “keep her level-headed and calm” amidst drama with her conservatorship.

“She has spent the last year prioritizing herself and her well-being, something she did not have a chance to do as much during her Las Vegas residency. She has had less time with her sons but got really close with her mom, Lynne, and sister, Jamie Lynn, again recently. Britney spends most of her time at home with her boyfriend, Sam [Asghari], or alone,” the source added. “…He brings her so much joy and is a source of stability in her often chaotic life.”

Britney and Asghari met on the set of her music video for “Slumber Party.”

After starring in Fifth Harmony’s “Work from Home” video, his agent scored him a spot on Britney’s “Slumber Party” in October 2016. 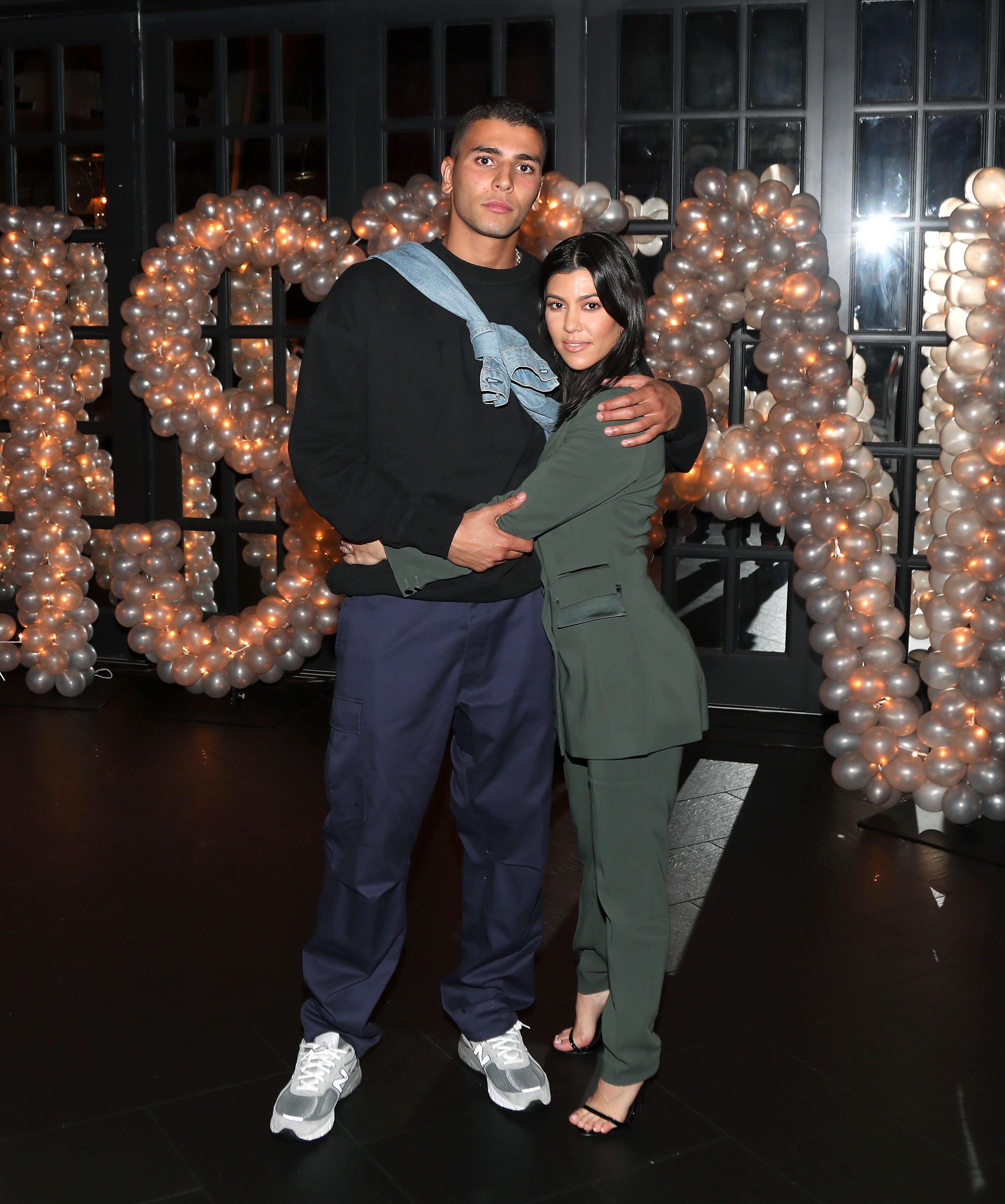 “I was excited that I get [sic] to meet one of the biggest artists of all time,” he told Men’s Health about the job. “I had butterflies.”

Asghari says he cracked jokes to Britney on set, pretending he didn’t know her name.

Apparently, according to People, Asghari gave Britney his number and finally, five months later she reached out.

“I was like, ‘He was a really cute, this guy was really cute,’ so I called him,” Britney said in a radio interview. “He’s just a really fun, funny person.”

Afterward, they went out to get sushi together—and soon enough, the papz caught onto their relationship, snapping photos of the insanely good-looking pair.

Despite photogs following the couple everywhere for months, the duo didn’t make their relationship social media official until 2017 by posting a simple photo of themselves together. (Though, apparently Asghari, had previously posted a photo and then deleted it. Maybe they agreed on a better time to share the news?)

Since then, though, the two gush about each other all the time, using phrases like “better half” and “princess” and posting endearing messages on each others’ accounts. They’ve also shared photos together from all around the world—from Malibu to Japan.

They work out together. A lot.

It’s no wonder that, with a trainer for a boyfriend, Britney is all about fitness. According to Asghari’s interview with Men’s Health, the couple works out together all. the. time.

Just check out the killer partner moves above and sweet dance moves below:

“The exercises, I come up with them, but the videos are because of my better half,” Asghari told Men’s Health. “She’s the video director.”