Brandi Glanville ‘disappointed’ to be excluded from ‘RHOBH’ Season 11

From ‘Housewives’ to handcuffs: see which ladies have been arrested

It’s all water under the bridge for Brandi Glanville and LeAnn Rimes.

“We’re like sister wives,” Glanville said in a new interview, more than a decade after Rimes ran off with Glanville’s then-husband Eddie Cibrian.

“Eddie’s going to be in my life for the rest of my life,” the ex-“RHOBH” star said on Wednesday’s episode of the “Hollywood Raw” podcast with Dax Holt and Adam Glyn. “We bicker still like we’re married when we’re not … It’s me and LeAnn and Eddie.”

she added, “The truth is LeAnn and I get along really well.”

Glanville, 48, and Cibrian, also 48, split after eight years following his affair with Rimes, whom he met on the set of the 2009 Lifetime move “Northern Lights.” Rimes was also married at the time to Dean Sheremet. Following their respective divorces, Cibrian and Rimes married in 2011.

“I wish I handled it differently because I wish it could’ve been better for me, for Brandi, for Dean, for Eddie and for everyone else,” Rimes told E! (via Us Weekly) in 2012.

Glanville — who shares two teenage sons with, Jake and Mason with Cibrian — attributed their good relationship now to “growing up a lot” after a “decade of fighting.” 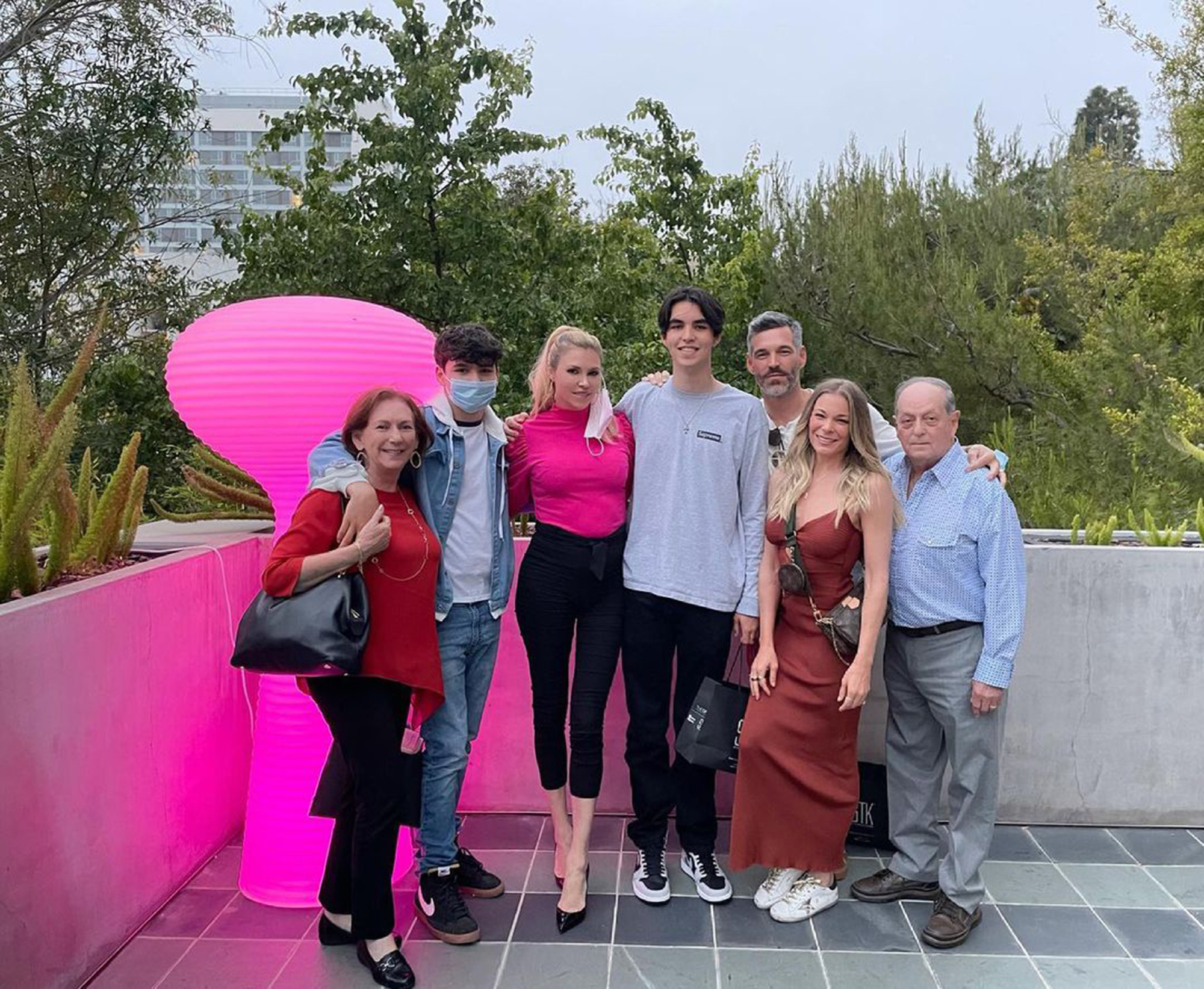 “I think our kids had a lot to do with it because the kids love when we’re all together, and it’s so obvious,” she added. “They’re so happy. They’re giddy little creatures.”

The former model added that they have celebrated holidays like Easter, Christmas and Thanksgiving together as well.

Earlier this month, the family spent Mason’s 18th birthday together.