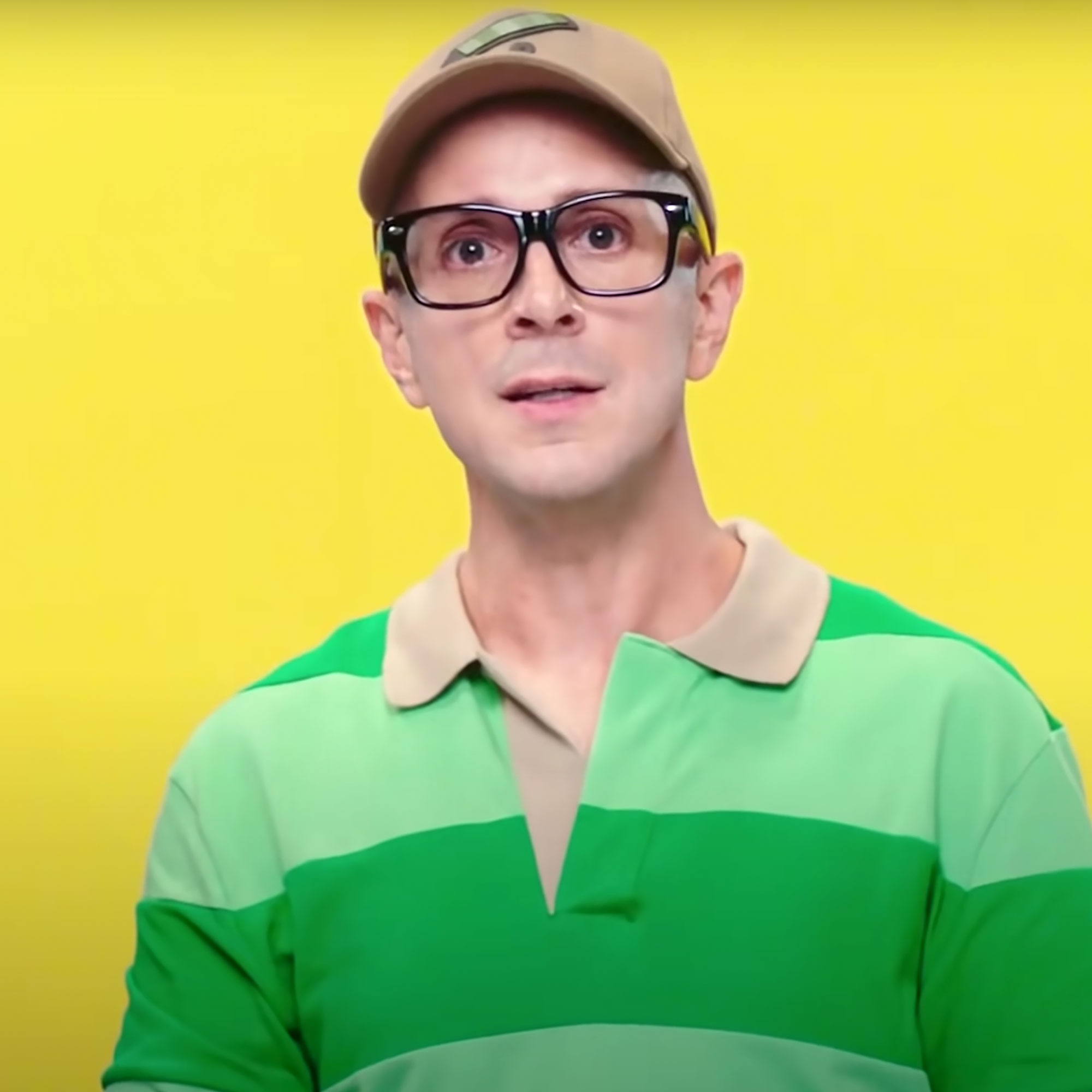 A nostalgic walk down memory lane! On the 25th anniversary of Blue’s Clues, Steve Burns put on his signature green shirt and hat to explain why he decided to leave the show years ago.

Shocking TV Exits Through the Years

“You remember how when we were younger, we used to run around and hang out with Blue and find clues and talk to Mr. Salt and freak out about the mail and do all the fun stuff?” Burns, 47, asked in a video posted on Nick Jr.’s official social media on Tuesday, September 7.

The actor, who left the series in 2002, addressed the audience like he usually did on the children’s television show as he described his shocking exit.

“And then one day, I was like, ‘Oh hey, guess what? Big news, I’m leaving. Here’s my brother Joe, he’s your new best friend,’ and then I got on a bus and I left and we didn’t see each other for like a really long time?” he detailed. “Can we just talk about that? Because I realize that was kind of abrupt.”

Burns explained that his decision to leave at the time was solely about his education.

“I just kinda got up and went to college,” he noted. “And that was really challenging by the way, but great because I got to use my mind and take a step at a time and now I literally am doing many of the things that I wanted to do.”

The former host, who originally took on the role in 1996, spoke directly to former fans of the show as he reflected on how far they have all come since then.

“And then look at you, and look at all you have done, and all you have accomplished in all that time. And it’s just, it’s just so amazing, right?” Burns said. “I mean, we started out with clues, and now, it’s what? Student loans, and jobs and families? And some of it has been kind of hard, you know? I know you know.”

The emotional clip continued with Burns leaving a sweet message to those that connected with Blue’s Clues when they were younger.

“I wanted to tell you that I really couldn’t have done all of that without your help. And in fact, all the help that you helped me with when we were younger is still helping me today, right now. And that’s super cool,” he added. “I guess I just wanted to say that after all these years, I never forgot you. Ever. And I’m super glad we’re still friends.”

The Pennsylvania native previously opened up about his decision to leave the show, after people started to speculate about a bigger reason for his departure.

“People think I left the show to pursue a music career. That didn’t happen at all,” Burns told the Huffington Post in December 2016. “I left the show because it was just simply time to go. I was pretty much playing a boyish, older brotherish kind of character on the show.”

Getting older and watching other crew members moving on to other projects pushed Burns to take that step away.