THIS MOVIE HAS GONE OFF THE RAILS. I usually can’t decipher what I scribble in my little notebook during movie screenings. I’m ensconced in darkness and my senses are overwhelmed by the images on the screen. During A Simple Favor, I wrote those words in big block letters and underlined them just to make sure they were visible from Mars.

Is extreme turbulence in a film an alluring selling point or a sign that the writer and director have lost control? For this subversive mystery starring Anna Kendrick and Blake Lively, the answer is a hearty yes to both. Relief comes in the realization that the former Barden Bella and Gossip Girl, respectively, know exactly what they’re doing here. Even during the most bonkers, brain-boggling, where’s-the-kitchen-sink moments.

The millennial icons take on their most delicious and challenging roles to date, playing characters both unlikely and unlikable. Kendrick’s Stephanie is one of those Type-A Connecticut suburbanites that annoys all the other class moms (and gay dads) with her perkiness. She’ll sign up to volunteer for an activity all the time, every time. She bakes cupcakes and doles out advice on a mommy video blog (shudder). Beneath all those cheerful Ann Taylor Loft sweater sets, Stephanie carries a few secrets. She’s also lonely. Her husband died in a car accident that also killed her half-brother.

Perhaps that’s why she cottons to Lively’s Emily, a high-powered communications director for a top-tiered Manhattan designer. Their young sons are buddies, and the two strike up a bond during after-school play dates at Emily’s coldly austere mansion. Look at that woman with the extravagant wealth, fairy princess hair, designer clothes and marriage to a semi-famous writer (Crazy Rich Asians’ Henry Golding). She’s easy to hate. But Emily is casually blasé about the chinks in her armor, making her peculiarly appealing. 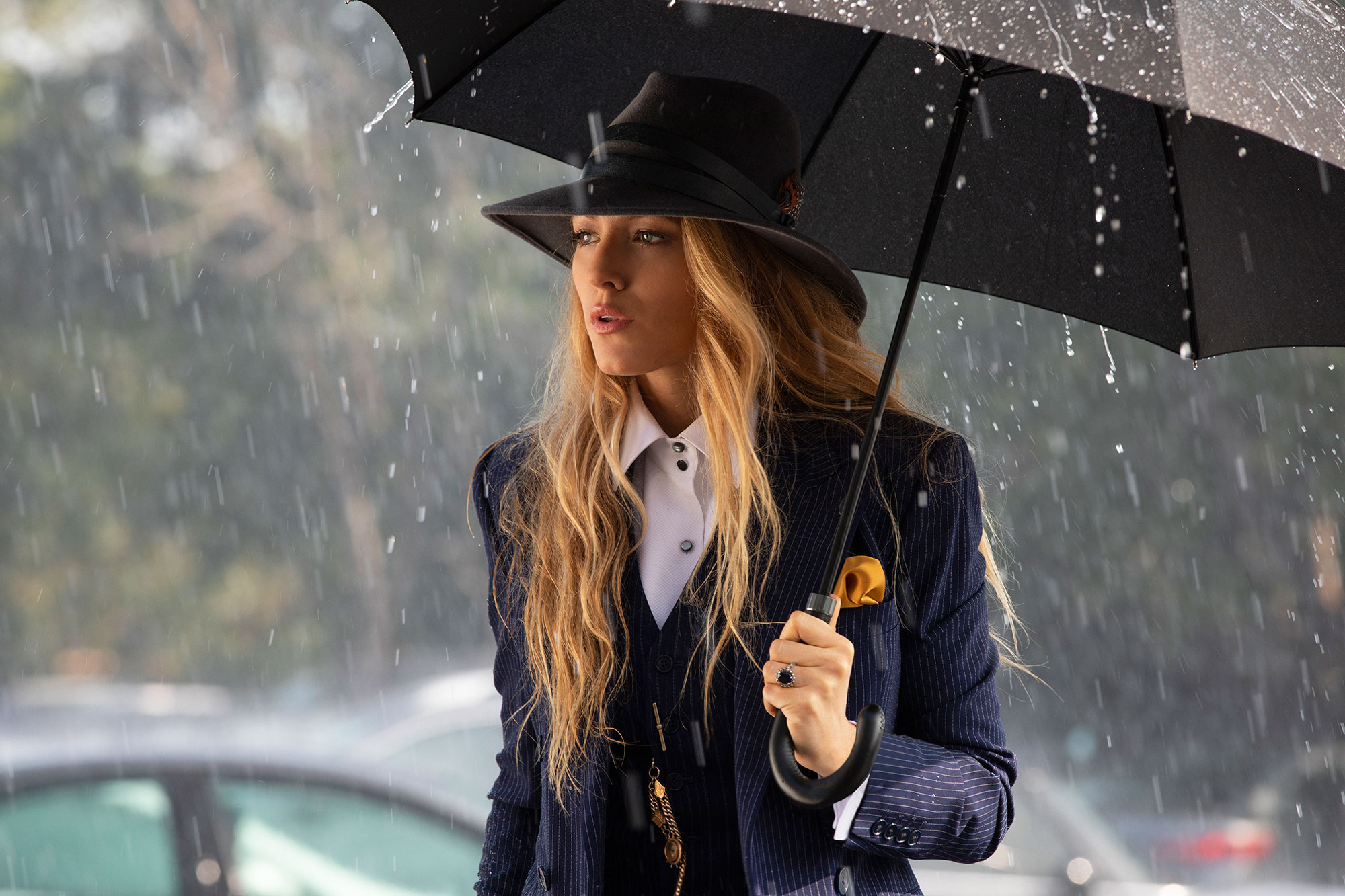 And Emily’s B.S. detector is perpetually on high: she sees right through Stephanie’s veneer. She snaps at this do-gooder every time she says “I’m sorry” and teaches her how to deal with A—holes. One day while the two are drinking exquisitely crafted martinis, she prods Stephanie to spill all. Emily has that way about her. You want to confide in her; you need her approval. She could pass for a model, albeit not quite a role model.

Establishing the details of this dynamic — and, more important, buying into it — is crucial. Because what happens next will only seem credible if the friendship feels authentic. The simple favor is that Emily calls Stephanie and asks her to please pick up her son Nicky from school. Of course, Stephanie replies. Emily never retrieves him. She stops answering her phone. She allegedly had a business trip in Miami, yet nobody is sure if she actually arrived. Where is this woman? Stephanie is distraught, and though she’s only known Emily for a few weeks, she refers to her as “my best friend.” She starts investigating the disappearance, and, oh boy, the layers run deep.

The suspense factor is high. After all, few can resist an old-fashioned whodunnit involving a gorgeous, wealthy publicist that wears stilettos to the playground. And when Stephanie and Sean (Golding) start sleeping together, the circle of intrigue develops sharp new edges. If A Simple Favor (and its Darcy Bell source novel) were released a decade ago, we’d all rave about its provocative risks. OMG, look at this illicit sexy affair. Now we’re in a post-Gone Girl world, and frankly, second-act twists and unreliable narrators have become cliché. Indeed, it’s a testament to the popularity of Gillian Flynn’s smash novel that a gorgeous, wealthy publicist disappears, and we instantly assume she’s not dead. And that girlfriend has a few screws loose. 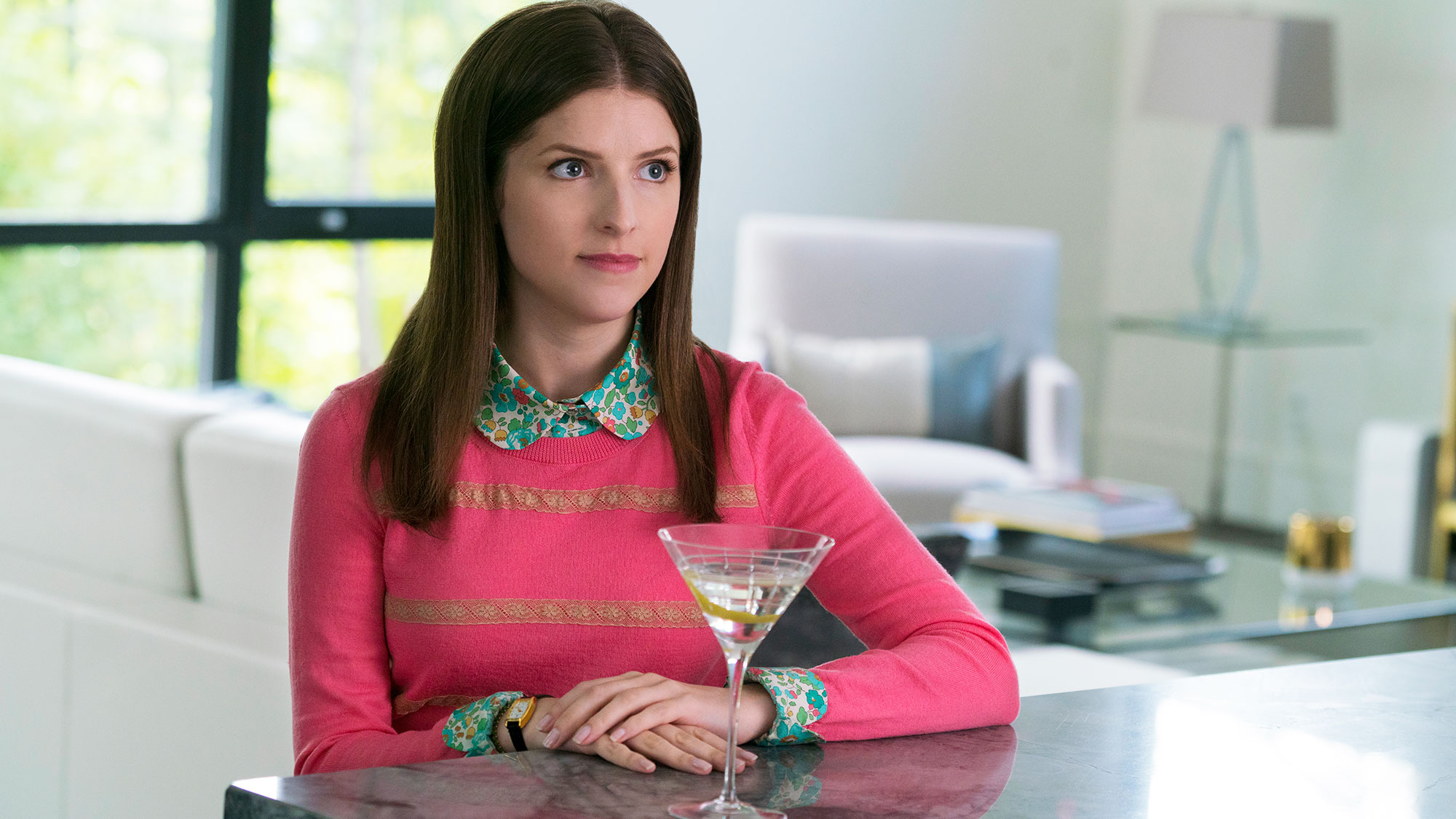 Sherlock Holmes himself couldn’t connect all the clues to this mystery. The sensationalistic curveballs are thrown around at whip-speed, leaving no time for audiences to make sense of the nonsensical. I think Jean Smart shows up as Lively’s batty estranged mom in Michigan but I can’t be certain. And after Crazy Rich Asians, this marks the second Henry Golding outing in a month in which a simple Google search would clear up basic relationship conundrums.

Knowing that the central mystery is an outlandish meh, director Paul Feig (Spy, Bridesmaids) livens up the film with sly irreverent touches. I don’t know how many times he asked Lively to practice making her signature martini in that kitchen, but her tutorial for Kendrick’s wide-eyed mom is a thing of beauty. As is a scene in which Kendrick heads to Lively’s glossy office for a self-imposed investigation. Snootiness in the fashion industry starts with the gate-keeping receptionist.

I wish A Simple Favor went bolder with its skewering of suburban mommy culture. The subject is catnip, and the juiciest morsel we get is Stephanie becoming unglued on her vlog. If you’re going to cast Andrew Rannells as a judgmental dad, let the man have his snarky say! I’d be satisfied just watching his character, Emily and Stephanie swilling martinis and gossiping. Now that would be an after-school special.

A Simple Favor is out in theaters Friday, September 14

For the latest TV news and interviews, subscribe to our new podcast “Watch With Us” below!