A little bad luck and a lot of really, really bad decisions have left Frenchie in the worst spot possible — and it’s only been a few days!

It’s pretty rare for a Head of Household to thoroughly sabotage their own game during their reign of power while they have immunity from the vote, but Frenchie is certainly giving it his all on “Big Brother.”

In what may well go down as the worst first week HOH reign in the history of the show, Frenchie has virtually assured that he will have no allies after his week in power, and even worse, that no one will trust him again. 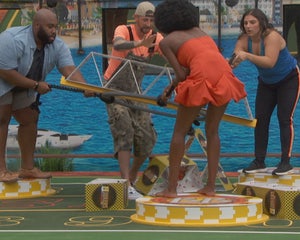 Trust is extremely hard to earn in “Big Brother,” and yet Frenchie had it from the jump because his demeanor and the way he carried himself made him sound trustworthy. The tragic part for his game is that he was being honest with them when he told the girls he was targeting boys this week.

That was true, then, but he allowed things to get overcomplicated. That’s especially true in this team game where so many people can wind up safe as the week progresses. Here’s the biggest problem we’ll lay at Frenchie’s feet.

We absolutely applaud his vision of getting “meatheads” out of the house first. We’ve seen this big, strong guys dominate this game in recent seasons, so before they can all come together in a power alliance, we love the idea of getting rid of them.

But then, he let his heart get in the way and by the time he was done talking with everyone, he had one target left to consider. Remember, no one has left the house yet, so there are still 16 people in there.

How, with 15 other Houseguests, are you going to put yourself in a position where you only have ONE target? What kind of amateur hour move is that?

At the same time, he might have thought the odds would ever be in his favor if he’s literally only trying to target one person out of the whole house. But then, the Wildcard Game happened and the “Big Brother” gods (or was it the producers?) did what they do so well! 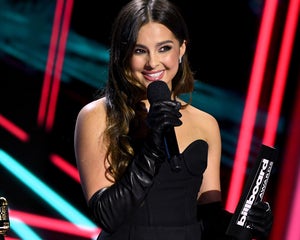 So here’s how Frenchie dug his big hole. He decided to target the meatheads, which is all fine and good, and then he identified four of them in the house. But apparently on night one, he’d promised two of them safety without realizing anything about teams or what was to come.

That left Brent and Christian. But then, he talked to Brent who opened up about losing his father to suicide, and Frenchie realized he’d misjudged him. That left him with one target. Pretty risky, but not the end of the world just yet.

The Wildcard Competitions are played by the three teams that didn’t win Immunity that week, but only one person from each team is selected to play. As the teams select their own (or can choose random draw as the Aces did), he still should have had the odds in his favor.

He first started to sweat when Christian ws chosen to represent the Kings. Kyland played for the Queens and Hannah was the random choice for the Aces. Now, all they had to do was be quiet and get three items from a trashed apartment in the fastest time possible.

You can guess where this is going. It wasn’t even close. Christian proved what a potential comp beast he could be by being the only one to finish in under 5 minutes. He was slightly noisier than Hannah, but she just took too long to finish. So of course Christian won.

So Frenchie’s intended target was off the table. Now, he’d also said that he wanted to target showmances this season, even telling several of the Houseguests that. When he saw Christian flirting pretty heavy with Alyssa, he decided to nip that in the bud right now.

What a terrible decision.

First, there’s no reason to think that she has any interest in developing something with Christian, no matter what Christian might be thinking, and nothing has happened yet. Oh, well, one thing has happened. Frenchie has told every girl in the house that a girl won’t go on the Block.

Then, he put a girl on the Block. He put Alyssa up there next to Kyland, and as much as told Kyland he’d been chosen only as a possible ally to help ensure the “big fish” (Alyssa) didn’t win.

We get that they’re probably not allowed to say too much to their nominees about why they’ve chosen them, but this looks absolutely terrible for Frenchie. No matter what happens this week with the vote, he just betrayed every woman in the house. That’s eight (or seven if Alyssa goes) people who will probably never trust him again.

Christian is definitely going to be gunning for him, because he is into Alyssa and so his machismo protective side is going to emerge … whether she gives a rip about him or his machismo.

Even worse, he was acting all squirrelly up to the Nominations ceremony, skulking around the house and listening at doors. He was scrambling, we get it, but it was about the worst scrambling you can imagine. This is Month 2 paranoia kicking on like Day 3, and everyone was noticing it.

If his team doesn’t earn safety next week, he’s going to be in huge trouble in the house. This early in the game, HOH’s are looking for any excuse to nominate someone and not get early blood on their hands. Frenchie just handed them the bucket. 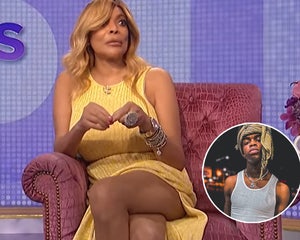 Derek Frazier (29) is safe due to his team’s safety, and he did seal a Final Two with Frenchie, but that was before Frenchie imploded. Luckily, no one else knows about that and he’s quickly endearing himself to the house, giving him options. He’s off to a great start. Grade: A

Azah Awasum (30) and Britini D’Angelo (23) are safe for the week, and staying well out of Frenchie’s collapse even as they’re on his team. They appear to be building friendships in the house, so we’ll say they’re doing the right thing for being safe Week 1. Grade: B+

Sarah Beth Steagall (27) seems to have fooled everyone (for now) that she is a low-level voice actress. They all love her mousy voice, and they find her sweet and endearing. In other words, they find her harmless, which is exactly what she wanted. Grade: B+

Hannah Chaddha (21) was thrust into the spotlight to compete for the Aces, and she did an admirable but not notably stunning job in it. She proved herself a team player and a go-getter. She’s right where she wants to be right now. Grade: B+

Whitney Williams (30) is doing a great job of laying low, and yet her team seems to have perhaps the strongest bond yet out of everyone in the house. She’s got a win under her belt, proving she’s capable, so she’s put herself in a good starting position. Grade: B

Brent Champagne (28) might have just been having a sincere moment with Frenchie, but it proved a fortuitous one for his game. There is more to him than his meathead persona, and he appears sincere and likable, which could help him forge connections. Grade: B

Claire Renfuss (25) very smartly weaseled out of competing in the competition this week, because she did win the Kickoff Comp and is trying to keep the target off of her back. Right now, she appears to be going for friendly but almost invisible, which can work early on — just be careful to avoid the “floater” label.” Grade: B

Derek Xiao (24) is going for likable and, for the time being, forgettable. Time will tell if it’s the right call, or if he steps out in a more significant way than sharing a name with a much bigger personality. Grade: B

Tiffany Mitchell (40) is clearly taking notes in the house, observing everyone and everything. Her life experience has left her with a cool head on her shoulders and what appears to be a pretty keen insight on people. She did bond with Frenchie over having kids, but also with others, so she has options depending what happens. Grade: B

Travis Long (22) is one of Frenchie’s meathead targets, but he promised him safety this week and decided to keep that one and piss of every girl instead. We’re not sure anyone else in the house is that worried about him after he did some damage control this week to ensure everyone he has a brain. Grade: B

Christian Birkenberger (23) was clearly Frenchie’s target, and now that he thinks his girl (is she, though?) is being targeted in his stead, he’s ready to go beastmode. We’ve not seen a lot yet from Christian to say he’s not a meathead, and his decisive win today following a win at the Kickoff Comp make him an early threat. Grade: C+

Alyssa Lopez (24) is actually poised to take the fall because a guy is interested in her, which is about the most despicable thing we could have to write. It’s not what she did, or how she’s played or even if she’s responded. She is falling victim to toxic male b.s., though we’re not convinced the house would vote her out. Grade: D+

Brandon “Frenchie” French (34) might be in power now, but what a mess he’s made of it. His future in this game depends on things going his way, as we feel confident the power is already out of his hand to salvage it himself unless he can do some smooth talking. Grade: D

Kyland Young (29) is the pawn, but everyone knows how that can turn out. If Alyssa comes off and enough women are attacking Frenchie, he might decide to take out the physical threat in Kyland. Or the house might decide he’s the bigger threat no matter what Frenchie wants. Grade: D- 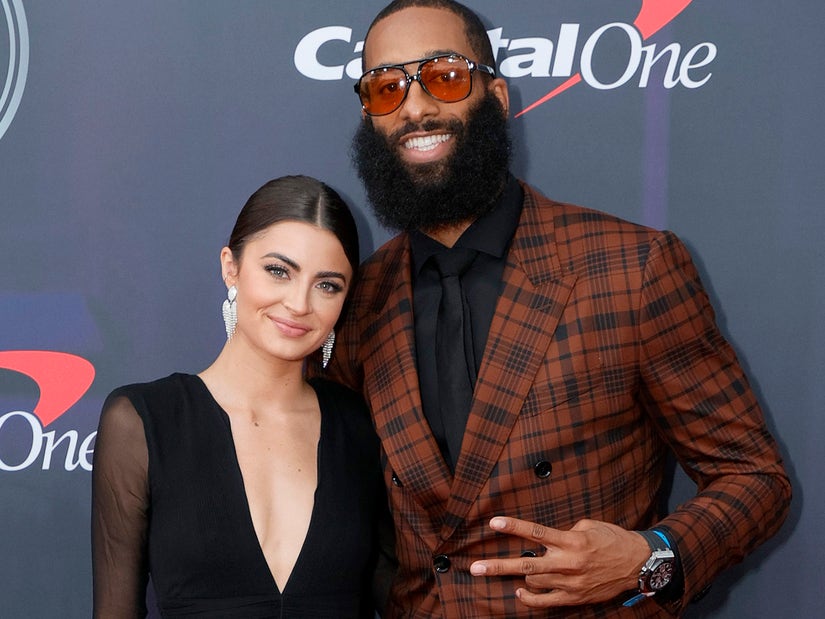