Inside Mohamed Hadid’s legal, financial troubles — is he actually broke?

Bella Hadid finally admits she got nose job at age 14

It was a blink-and-you’ll-miss-her moment … but not because of a corset.

Bella Hadid stepped out on the Met Gala 2022 red carpet in an edgy look by Burberry’s Riccardo Tisci, but her recent comments about the corseted style made some people think she had issues with her outfit.

“I literally like, blacked out,” the supermodel told Interview, adding, “I don’t know if that was my anxiety, or maybe the waist was giving cinch and I couldn’t breathe.”

While some fans and various news outlets misinterpreted that Hadid’s leather corseted bodysuit was to blame, the runway star, 25, took to her Instagram Story to set the record straight.

Posting a screenshot of one such offending news story, she said she wanted “to make something very clear.” 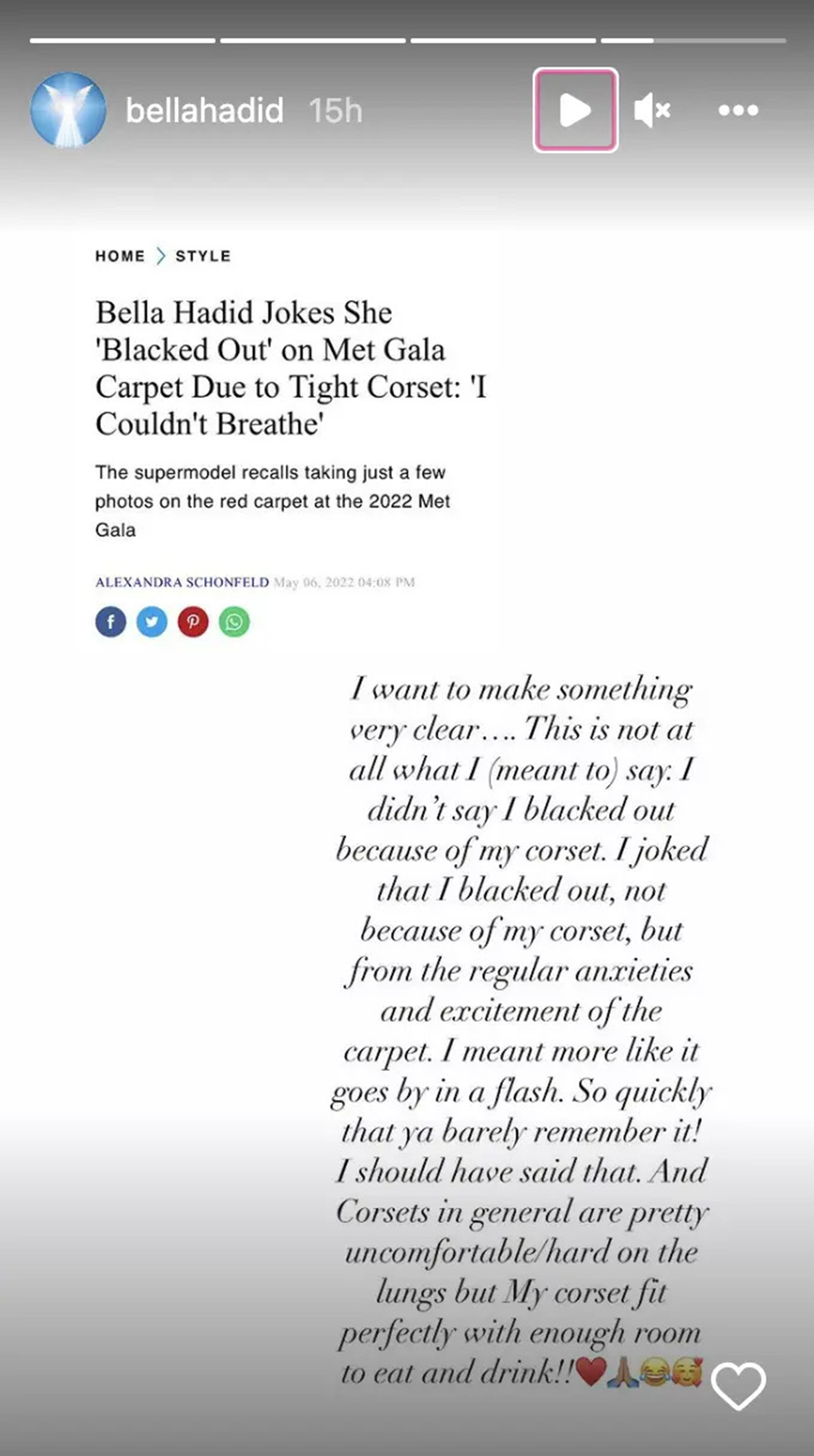 She added, “I meant more like it goes by in a flash. So quickly that ya barely remember it!”

Hadid also defended her bold Burberry look, saying, “Corsets in general are pretty uncomfortable/hard on the lungs, but my corset fit perfectly with enough room to eat and drink.” 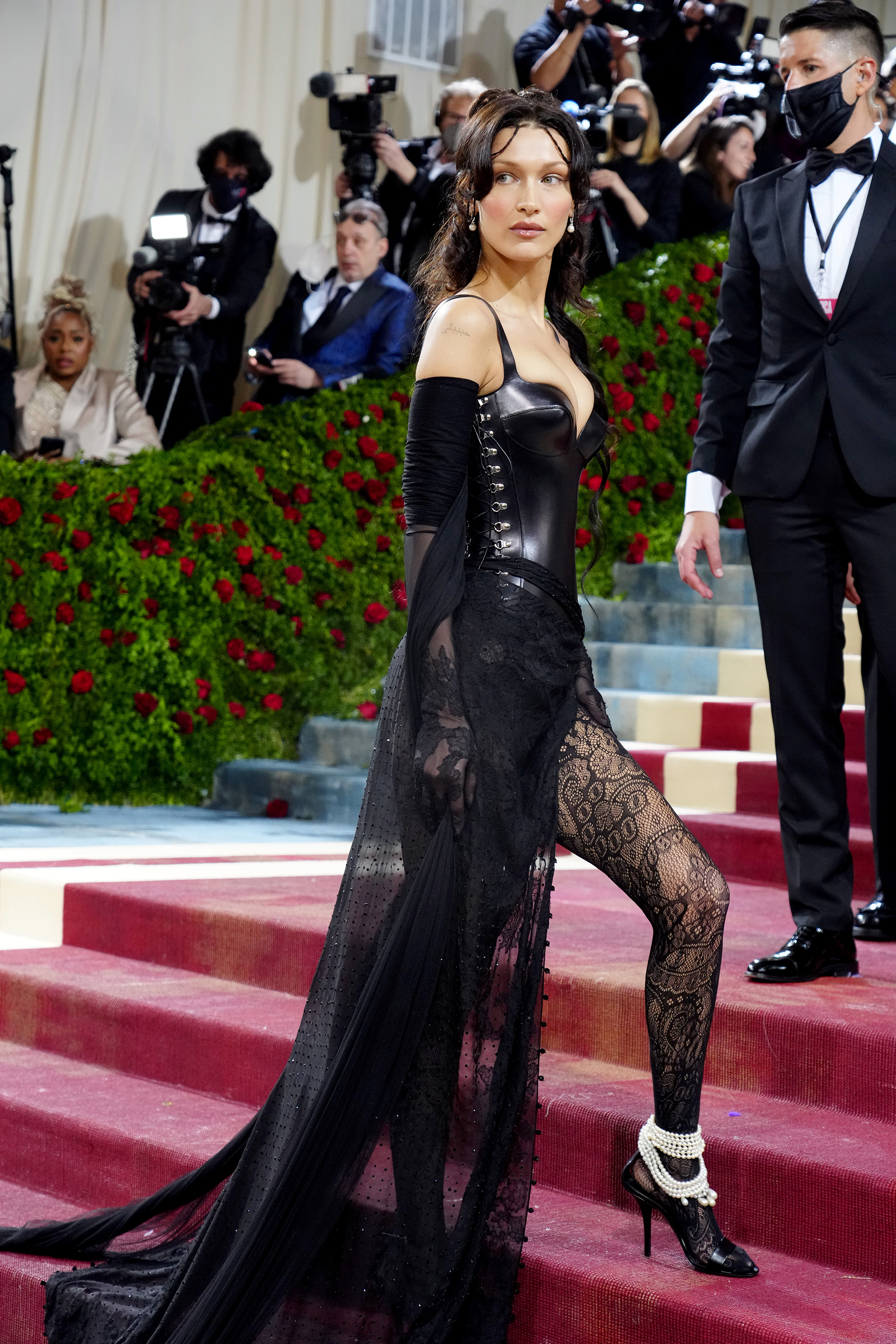 The Met Gala regular — who made headlines by missing the 2021 event — paired her much-talked-about black corseteted bodysuit with a lacy overskirt, long black gloves with dangling tulle accents and lace tights.

She also wore Dorsey earrings and wrapped a vintage Briony Raymond pearl necklace around her ankle to pay tribute to the event’s “gilded glamour” dress code.

Meanwhile, sister Gigi also wore a corseted look to the May 2 gala, sporting a Versace puffer coat over a red bustier with latex pants. 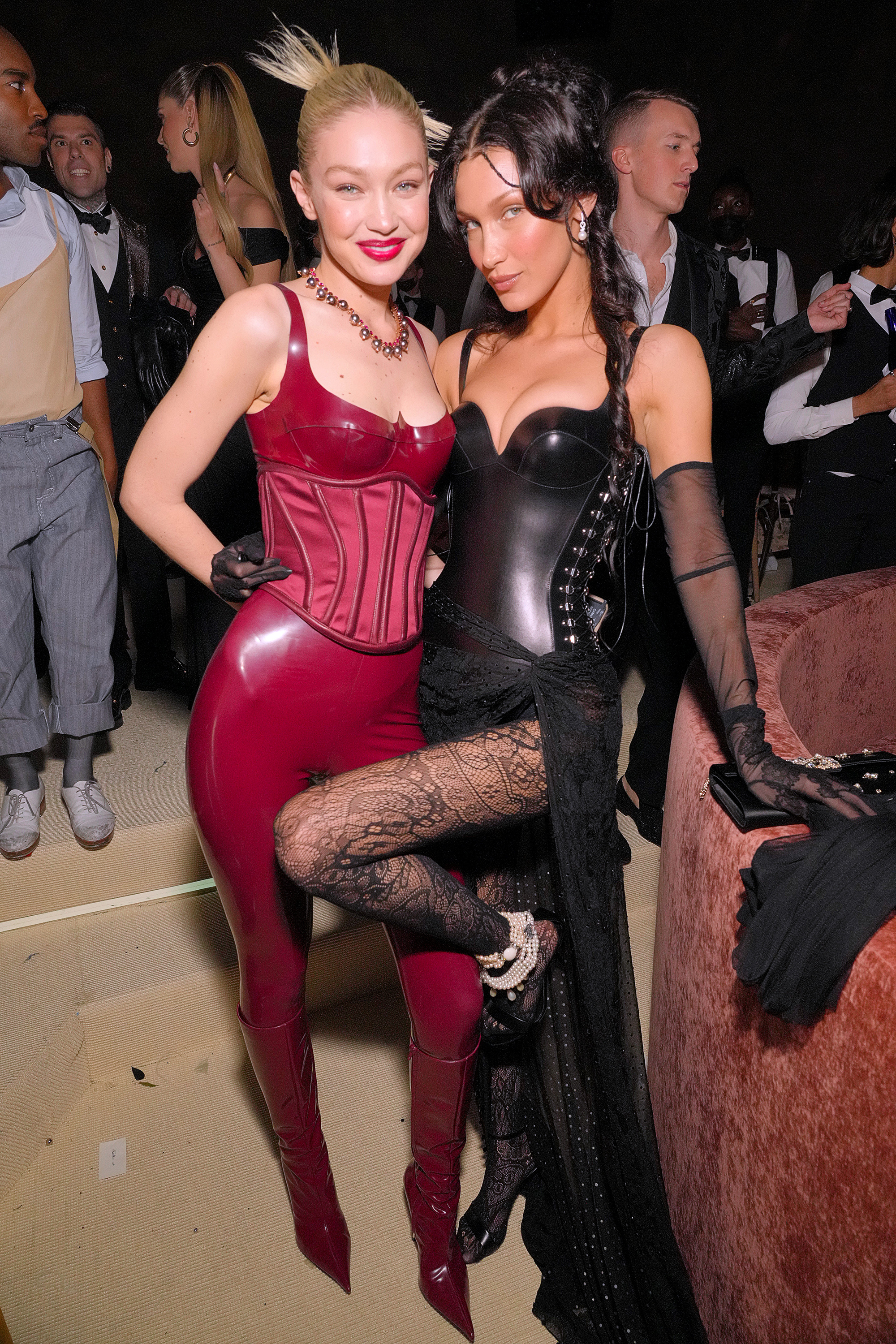 Neither can compare, however, to Kim Kardashian’s epic (and truly painful) 2019 Met Gala corset, which prevented her from sitting or breathing properly.