Alanta Colley knows a thing or two about the persistence of bees. In 2006, she volunteered at an apiary in the Czech Republic and it was there she had the first of her many adventures in beekeeping.

"If you annoy a hive enough when harvesting honey they can go into kamikaze mode. There was one incident where we had to drive five kilometres away and the bees were still following the vehicle. A handful had decided they were going to pursue vengeance right up until the end," she says with a laugh. 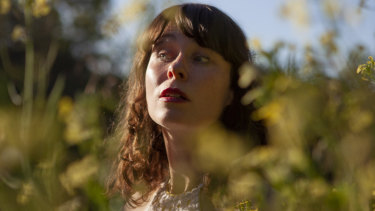 After returning home to Melbourne, the public health practitioner, science communicator and comedian's newfound love of the insects led her to set up her own hive beginning with 10,000 bees and a queen.

The funny stories from her time urban beekeeping form the basis of her fact-filled stand-up show, Days of Our Hives (until August 13), which has its Sydney premiere as part of Sydney Science Festival (until August 18).

Colley thinks the festival is a terrific way to engage and educate people. "I tend to find my audiences aren't necessarily going to lectures or reading journals and it's fun to share science in this way."

The passionate bee advocate also hopes to encourage others to join the hive mind and perhaps start their own swarm.

"One of my motivations for doing this show is to share the gentle and loving nature of the bee.
Not only do they pollinate 30 per cent of the world's crops, so we need them to survive, but they really only are aggressive if you're stealing their honey. The more we can share that, hopefully the more people will get into beekeeping and we'll make sure the world has enough bees."