Burt Ward played the Boy Wonder in the iconic 1960s superhero series, Batman. One of the show’s most memorable scenes featured Ward fighting with martial arts legend Bruce Lee. But according to Ward, that wasn’t the only time the two stars went head to head. 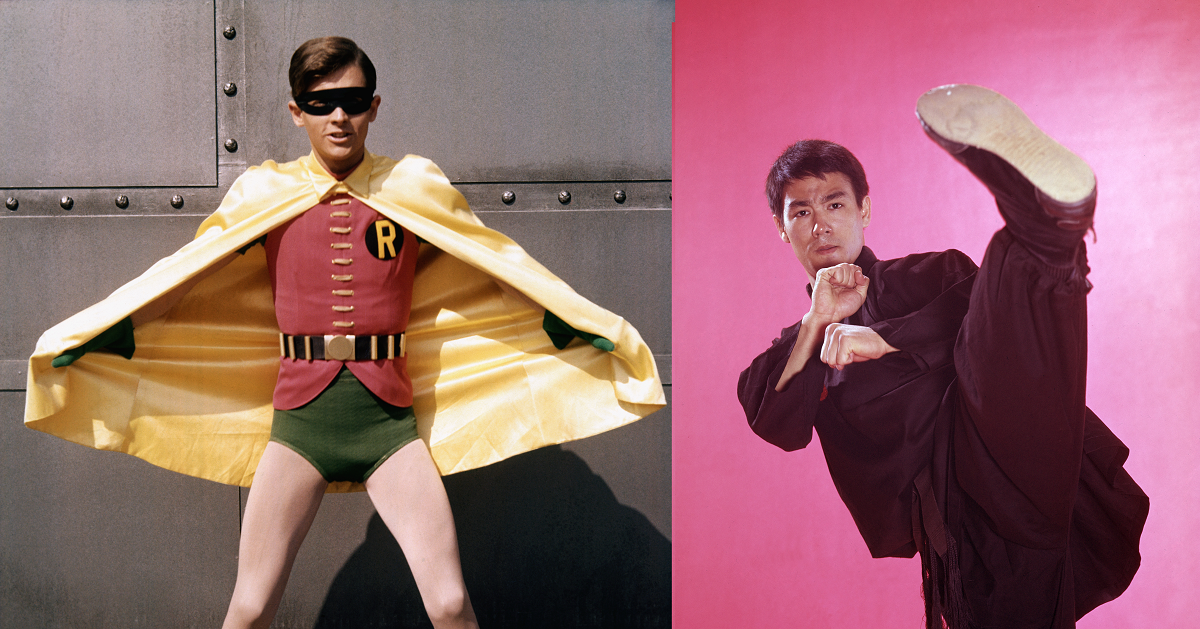 Batman starred Adam West as Bruce Wayne and Ward as Dick Grayson, aka Robin. While West often used a stunt double while filming the action scenes, Ward did his own stunts because of his fighting skills.

He sparred with Bruce Lee quite often

In the late 1960s, Lee was still a rising star in Hollywood. The highly skilled martial artist lived in California, in the same apartment building as Ward. According to Ward, the two were good friends who would often spar together.

“I lived in the same complex that Bruce Lee lived in,” the actor recalled during his interview with the Jim and Sam Show. “We used to spar together. In fact, when I was doing Batman and I had met him [and] his wife Linda, at the time Brandon, his son, was six months of age.”

“We would go down into Chinatown and order all the most authentic food,” Ward added.  “Because he lived in China or Hong Kong for 10 years.”

In 1967, Lee made a few guest appearances on Batman as his The Green Hornet character, Kato. And in season 2 episode 52, titled “Batman’s Satisfaction,” Lee and Ward sparred in an epic fight scene between Kato and Robin. In his chat with The Jim and Sam Show, Ward suggested the scene was the starting point for Lee’s Hollywood career.

“Bruce Lee’s first filmed fight scene of his career was fighting me on Batman,” he said. “And from there he became the most famous cinema martial artist in the world.”

Lee was known for being confident and proud. But Ward said the martial artist was always very kind and personable toward him.

“I saw him quite a bit and he trained eight hours a day,” the Batman star recalled. “He was cocky, but he’s also a very nice guy, and he was very smart —  he was a really great guy and very nice to me. And he had a wonderful sense of humor. He’s just a really nice guy.”

Lee appeared in three episodes of Batman season 2 — “The Spell of Tut”, “A Piece of the Action,” and “Batman’s Satisfaction.” The series is available for rent or purchase on most streaming platforms, including Amazon Prime Video and Google Play Movies.