Not for me! Eight-month-old baby girl looks VERY unimpressed as she tries her first ever mouthful of apple puree

A couple filmed their baby’s hilarious reaction to being fed her first mouthful of food – and it’s safe to say she wasn’t a big fan of apple puree.

Parents Daniela Gheorghe and Davide Fabris, who live in Greenwich London, captured their little girl’s amusing facial expressions as she tried solids for the first time.

Little Bianca Fabris was fed a spoonful of apple puree, which made her screw up her face in what appeared to be a mixture of shock and disgust.

Her parents can be heard offering words of encouragement and laughing in the heartwarming clip as they watch their then eight-month-old daughter wince. 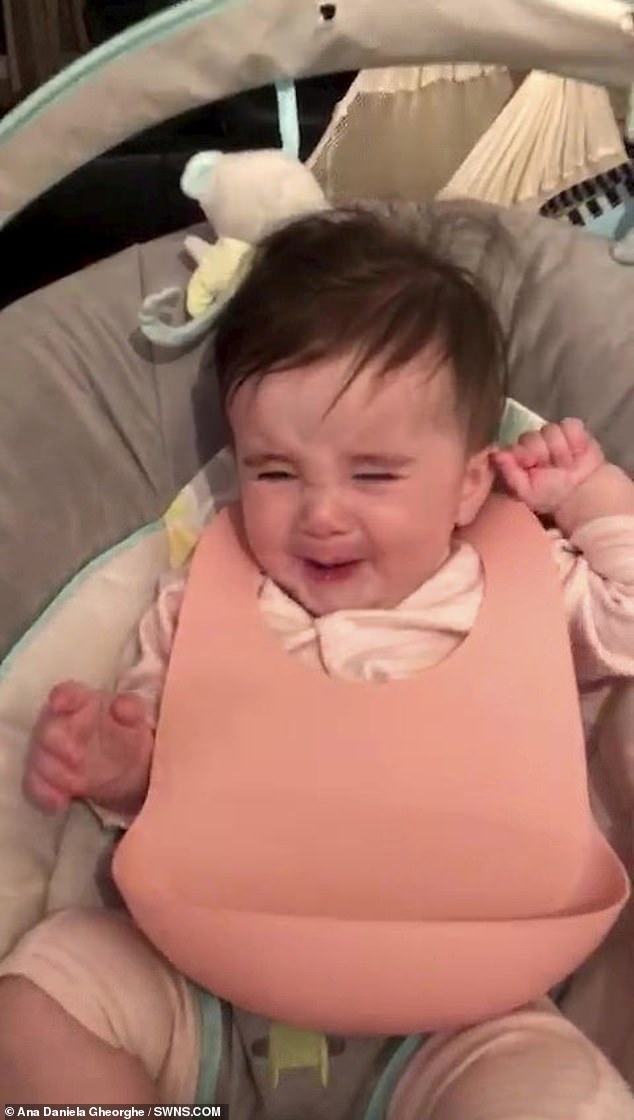 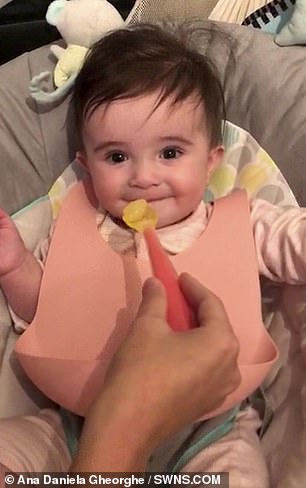 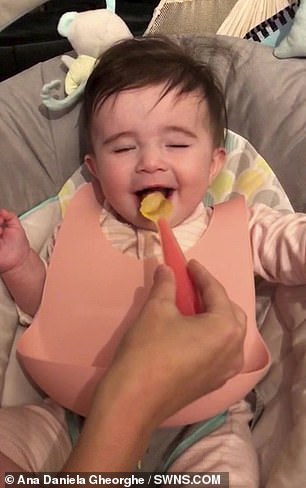 Bianca is seen contorting her face into all sorts of expressions while she gets to grip with the new taste sensation.

Daniela revealed her daughter, now two, ‘likes a lot of foods now’, adding: ‘Her favourites are watermelon and plums.

‘We’re really lucky she’ll eat most things. She still isn’t a big fan of apples though, so she hasn’t changed that much!

‘What’s really funny is that if she ever tries another food she doesn’t like, she’ll make the exact same face as she did in the video.’ 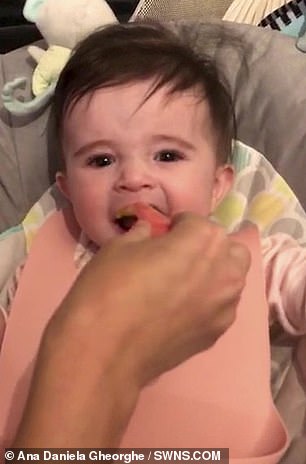 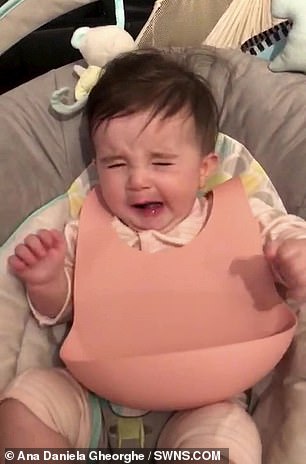 Speaking about Bianca, now aged two, Daniela said she likes many different foods and watermelon is among her favourites – but she’s still not a fan of apples 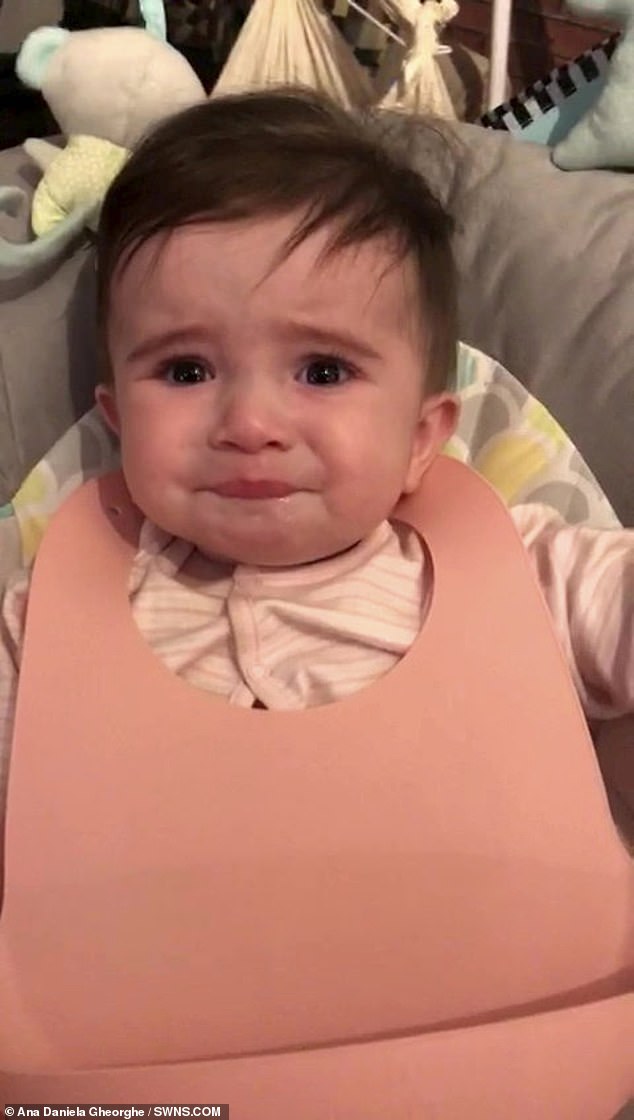 Daniela and Davide, who’ve lived in London for 10 years, said Bianca still makes hilarious faces when she tries food that she doesn’t like

Daniela and Davide moved to London 10 years ago from their hometown of Genoa, Italy.

The proud mother said her daughter makes all her nursery staff laugh, adding: ‘Everyone loves her. 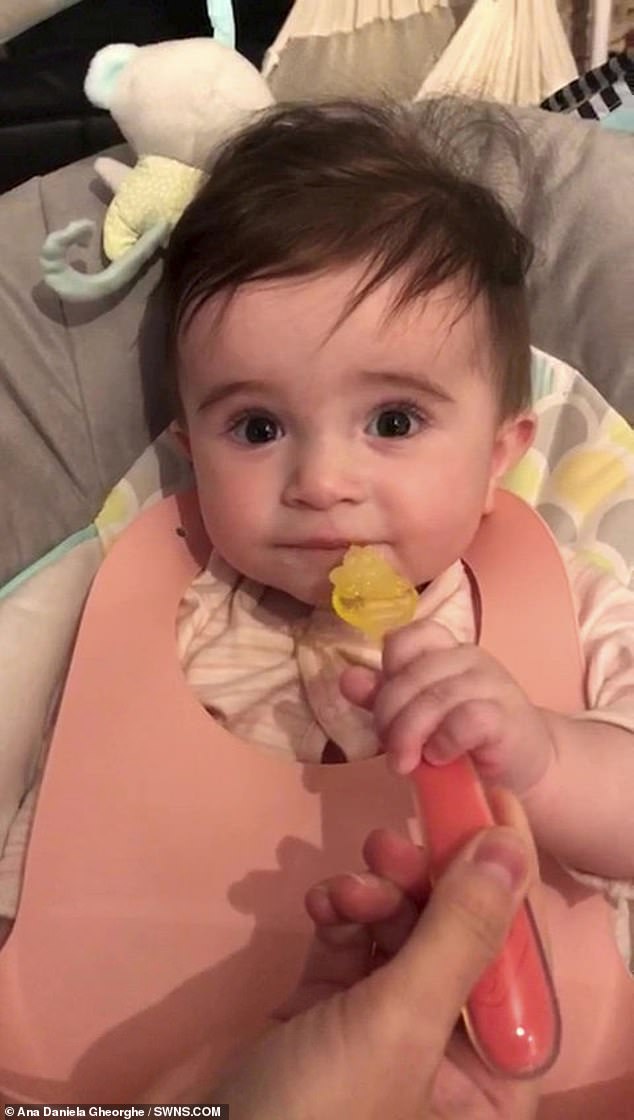 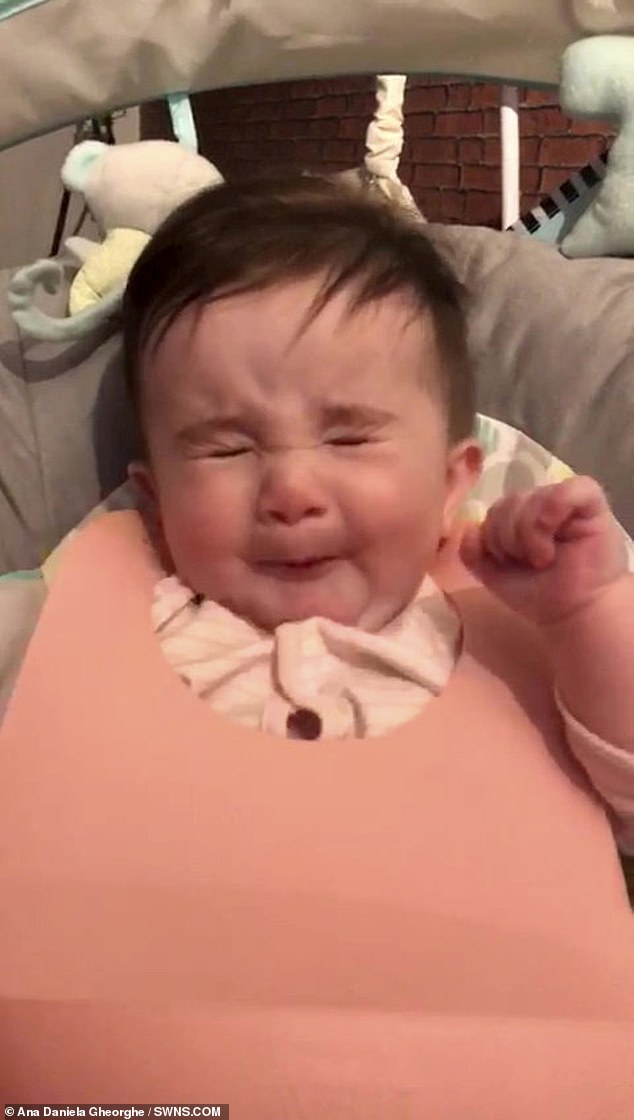