For three decades the Australian Shakespeare Company has staged the Bard under the stars in Melbourne’s Royal Botanic Gardens.

Typically, it runs with the comedies, so it’s a refreshing change – and rather brave of the cast – to see an al fresco stab at the Scottish play.

This production makes a nice contrast to the action-movie Macbeth Simon Phillips brought to the MTC in 2017, which over-pruned the play (already one of Shakespeare’s shortest) and turned it into a cinematic, adrenalin-charged, post-apocalyptic spectacle. 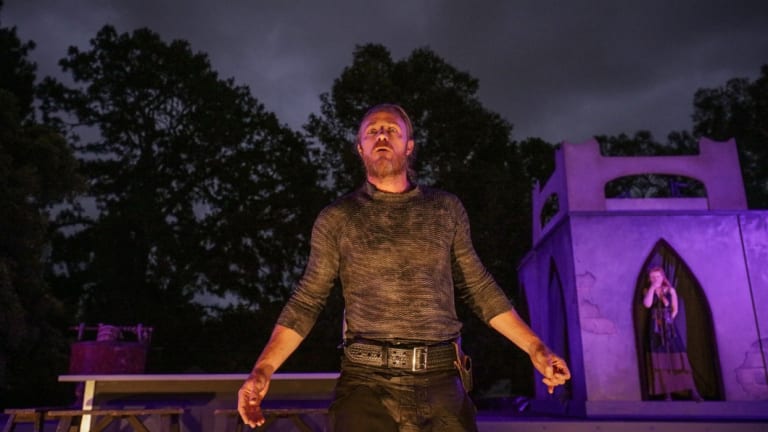 Glenn Elston is a director much less interested in what he can do to Shakespeare than what Shakespeare can do for the audience.

Here, he has assembled an able cast who deliver the tragedy straight, without fanfare (unlike Elston’s fun pop versions of the comedies, there’s not much gadding about singing and dancing in this one) and sometimes with a command of verse that puts the general standard of our main-stage productions to shame.

I’ve always wanted to see Alison Whyte play Lady Macbeth. It’s a crime she hasn’t had a chance before now, and she’s terrific in the way only an actor who has long had an imagined performance of a great role trapped inside her can be. 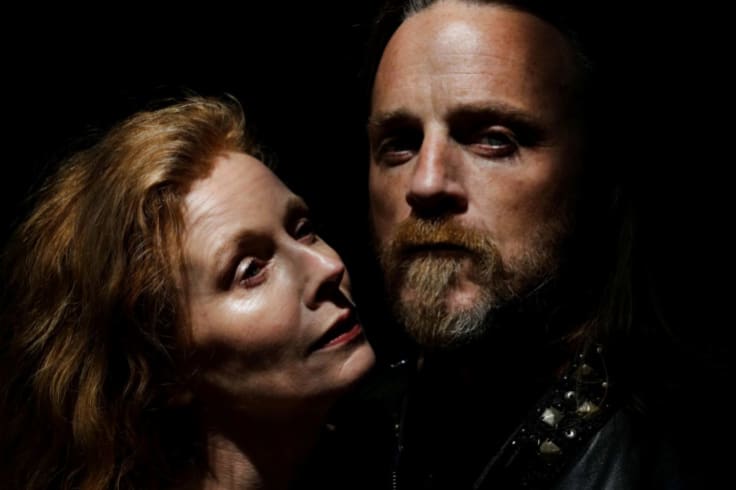 You just can’t look away from her quiet exultation, as she turns her face from the light in early soliloquys, nor her rising anxiety as royal ambition turns to paranoid tyranny.

She never lets us forget for a moment that love is responsible for all the horror, and, perhaps most impressively, nails that unforgiving sleepwalking scene, unleashed in piteous snatches of soul-baring abjection and distress.

Nathaniel Dean’s Macbeth isn’t on the same level. He does capture the nagging insecurity from which violence blooms, but the potential of his Macbeth won’t be realised until he treats the verse as dialogue – his onstage wife could give him a quick lesson in enjambment, for a start.

The supporting cast varies: Dion Mills makes an authoritative Duncan, Kevin Hopkins is a bit light-on as Macduff, though he delivers the verse faultlessly, Kieran Clancy-Lowe’s Banquo looks dashing but sounds the opposite, and Anna Burgess as Malcolm has vocal presence that isn’t always dramatically foot sure – the long scene with Macduff lacks clarity of exposition (partly due to a heavy edit) that might confuse Shakespearean newbies.

But the flaws in the production don’t diminish its virtues. It’s slick, well paced and more assured than you’re likely to see at Bell Shakespeare, and the opportunity to see Whyte as Lady Macbeth should not be missed.