Second time’s the charm? Bachelor in Paradise vets Ashley Iaconetti and Jared Haibon got real about what it’s like to return to the beach spinoff as their pal Joe Amabile’s second stint on the ABC show is about to air.

‘Bachelor in Paradise’ Is Back: Meet the Season 7 Cast

“It was hard for us. I think it’s more difficult because when you go through it a couple of times, and then you’re removed from it, to go back into that world, you’re not as naive as you first were,” Jared, 32, exclusively told Us Weekly. “It’s just a different experience. It’s not any less real or anything like that.” 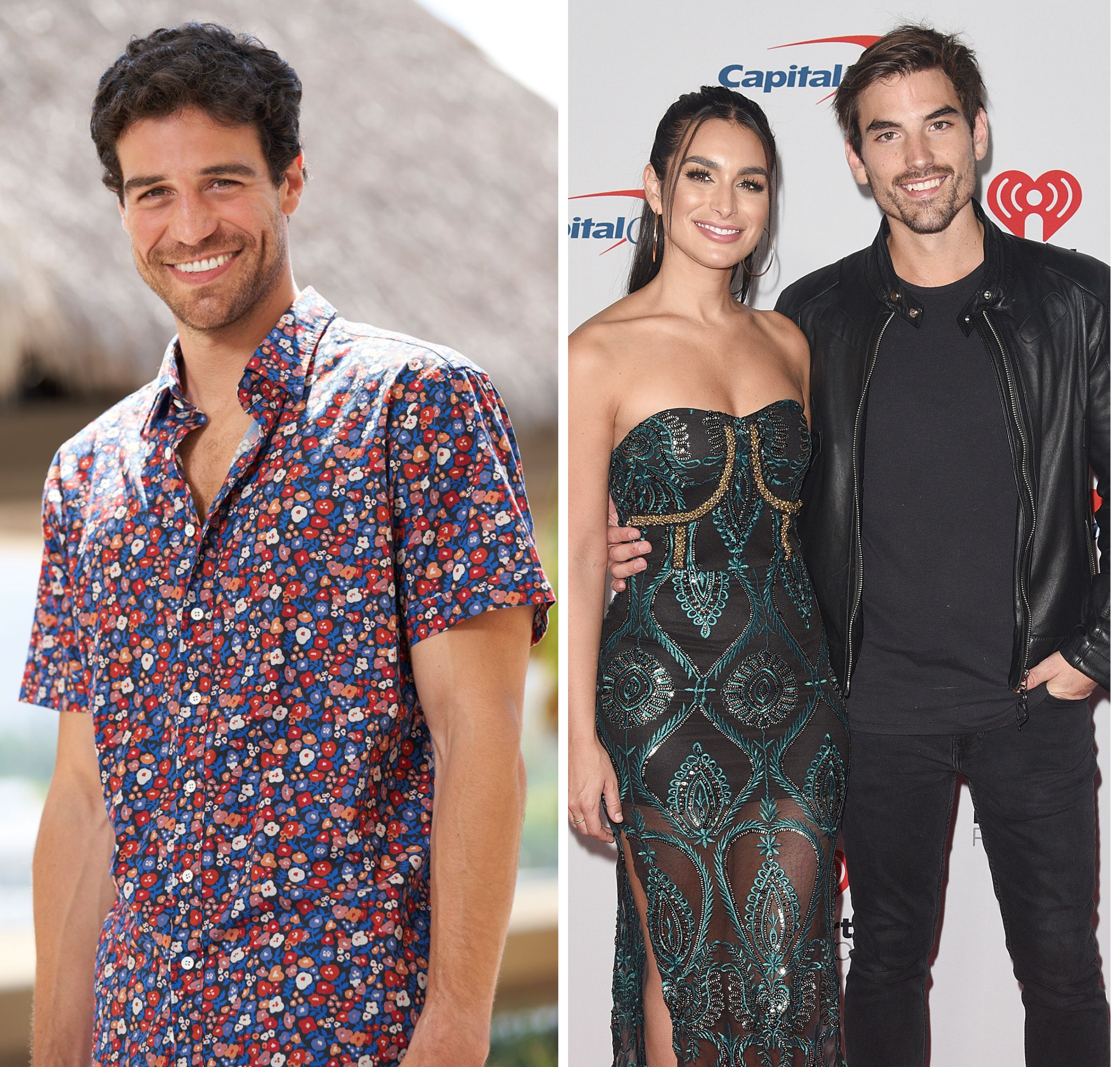 Ashley, 33, noted it’s “a less of a fantasy” the second time around.

“The first time, [you’re like], ‘Holy crap.’ Everything is sparkly and glowy,” Jared added. “And when you re-enter that world, you’re a little bit more jaded.”

‘Bachelor in Paradise’ Couples Who Are Still Together

Joe, 34, competed on season 5 of BiP in 2018 and met Kendall Long. The twosome, who briefly lived together in Los Angeles, announced their split in January 2020. While the grocery store owner is part of the original cast for BiP season 7, Ashley wonders whether Kendall, 29, will make an appearance too.

“At the same time, if Kendall does come, like rumors say she may, they might have a very similar experience to what we had,” the “Almost Famous” podcast host told Us.

Jared added, “It was sad when they broke up, but I’m rooting for them individually.”

“Brendan, he’s a Mass guy, a New England guy, so I’m rooting for him,” Jared said. “Abigail, I think, is extremely sweet. I hope she finds someone.”

Ashley went on to point out that she’s surprised Tayshia Adams’ finalist Ben Smith didn’t join the cast — and added that she’s hoping to see some familiar faces.

“Becca Kufrin and Tia [Booth] — they’re a little bit more our generation, we’ve met them,” she told Us of potential late arrivals. “Becca is so sweet. … We both love them.”

Ashley and Jared, for their part, met on BiP season 2, but their relationship didn’t last. When they returned to film season 3 in 2016, tensions were high as she was still interested in him, but Jared tried to date other people. In the end, Ashley and Jared found their way back to each other in 2018 and wed one year later. She is currently pregnant with the pair’s first child.

“In three years, you’re going to your 10-year Bachelor anniversary,” Jared told Ashley during our interview. “It’s like your 10-year high school reunion.”

The Bachelor season 19 alum, who completed for Chris Soules’ heart, agreed that it’s “so crazy” her and her husband, who appeared on Kaitlyn Bristowe’s season, were both originally on the franchise during seasons that aired in 2015.