Leading Australian composers, directors, musicians, and vocalists have called for a ''revolution'' to remove gender bias, sexism, and dramatised acts of violence against women in opera.

More than 190 signatories have demanded a national commitment to opera work that resonates with the lives of women and men of all gender identities, and a reframing of women's voices and stories away from victimhood. 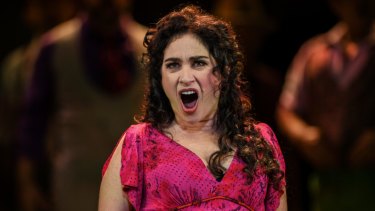 ''The stories we choose to tell, who is telling them, and how we choose to tell them is of fundamental importance,'' the call to action reads. ''The perception of women in opera as subservient victims remains at odds with the contemporary conversation.''

The seven-point initiative arose out of frustrations around NOW 2019, a public forum hosted by Queensland Opera in April that was to unite Australian and international composers, librettists and producers to challenge, investigate and celebrate new opera works but only highlighted the invisibility of women.

Discomfort around the fates of Opera's heroines has grown as opera seasons continue to be dominated by dramatic stage stories dating back to the 19th century in which women meet grisly ends.

Co-author Sally Blackwood, an artistic director who has worked across theatre, opera, circus, and dance, said opera was weighed down by the burden of arcane European history, struggling to find legitimacy in a contemporary world and it was time to reconsider what opera was or could be in the 21st century. 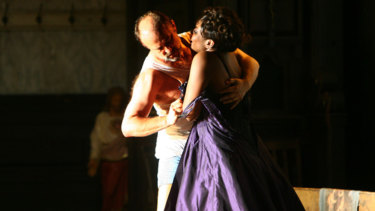 Puccini’s heroine Tosca commits suicide by jumping from the battlements of Rome’s Castel Sant’ Angelo after her attempted rape.Credit:Domino Postiglione

Quotas were a good start, she said, but it also required a reassessment of acts of sexualised and physical violence against women that were culturally accepted and often glorified as an essential dramatic component of the 'love, passion and desire', the stock-in-trade of opera.

The gender diversity push has also been taken up by practitioners of contemporary and classical music with a social media campaign #wherearethewomen launched last week to out music programs and shows which fail to include female composers and performers. 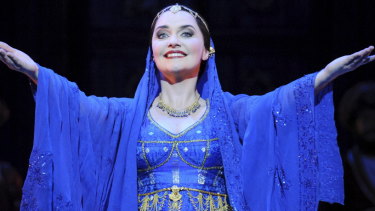 Australia's major opera companies, under financial stress to varying degrees, have tended to resort to longer runs of frequently repeated popular mainstage operas, according to a 2018 review of the government funding model.

''It's not just about being outdated,'' Blackwood says, "It's about the stories we are telling and the way in which women are portrayed, questioning who is telling these stories and how this work is being made. There is incredible new work being made outside the mainstream, and some being commissioned by festivals, but unless there's a major shift in mainstream opera leadership it's going to stay as a patriarchal museum art form.''

Opera Australia's chief executive officer, Rory Jeffes, said the issues of gender diversity, as well as the representation of gender issues on the theatrical stage, was something ''we at Opera Australia think about often and take very seriously''. 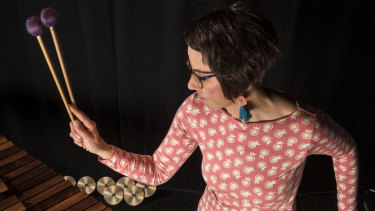 Percussionist Claire Edwardes is hoping to get music companies in Australia to sign up to Keychange, an international music initiative coming out of the UK aiming for gender equity on stage by 2022. Credit:Wolter Peeters

''We acknowledge OA’s responsibility as a leading arts company in Australia to challenge the status quo and we are dedicated to this end. We are committed to gender diversity, not just on the stage, but backstage too, and in thinking and challenging the ways gender-related issues can be portrayed in many traditional operas.''

Claire Edwardes, artistic director of Ensemble Offspring a chamber music group focusing on the work of living composers, is hoping to get music companies in Australia to sign up to Keychange, an international music initiative coming out of the UK aiming for gender equity on stage by 2022.

Edwardes also supports quotas to rebalance boards of Australian-based opera companies and orchestras, the vast majority of which are male-dominated.

The gender imbalance is perhaps even worse for music than theatre ''simply because traditionally all of the composers' anyone's heard of are male''.

''That will keep on perpetuating if orchestras are continuing to program a majority of work from pre 20th century. Then all they know of is works by males because women didn't have any opportunities back then either.''