The 74-year-old avid bike rider was photographed cycling through the streets of Los Angeles with two pals on Saturday.

The “Terminator” star showed off his toned legs while riding in black gym shorts, but kept warm by also donning a puffy blue Patagonia jacket.

Schwarzenegger, whose ride is a custom Matchless Urban E-Bike estimated to cost a cool $5,500 (according to High Snobiety), is often spotted pedaling through LA and makes biking part of his daily workout routine. 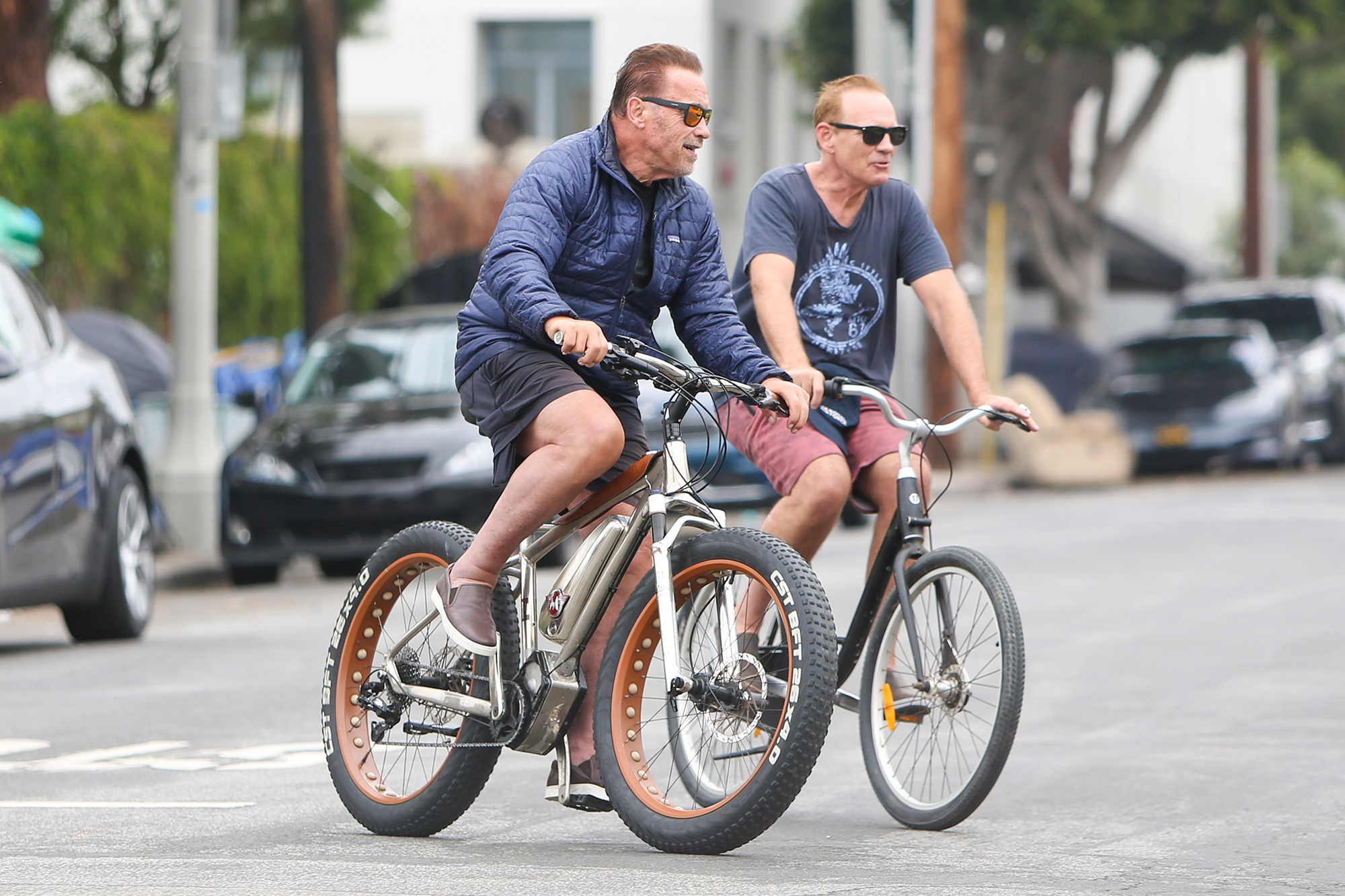 “I get out of bed, have my coffee and read the newspaper, then I immediately go on a bike ride to Gold’s Gym, have my workout, and then ride my bike to get some breakfast,” Schwarzenegger wrote last month in his newsletter in response to a fan question about his exercise habits (via Men’s Health).

Following his heart surgery last fall, the former California governor — and ex-bodybuilder — wasted no time getting back on his bike, sharing a video of himself riding just three weeks later. 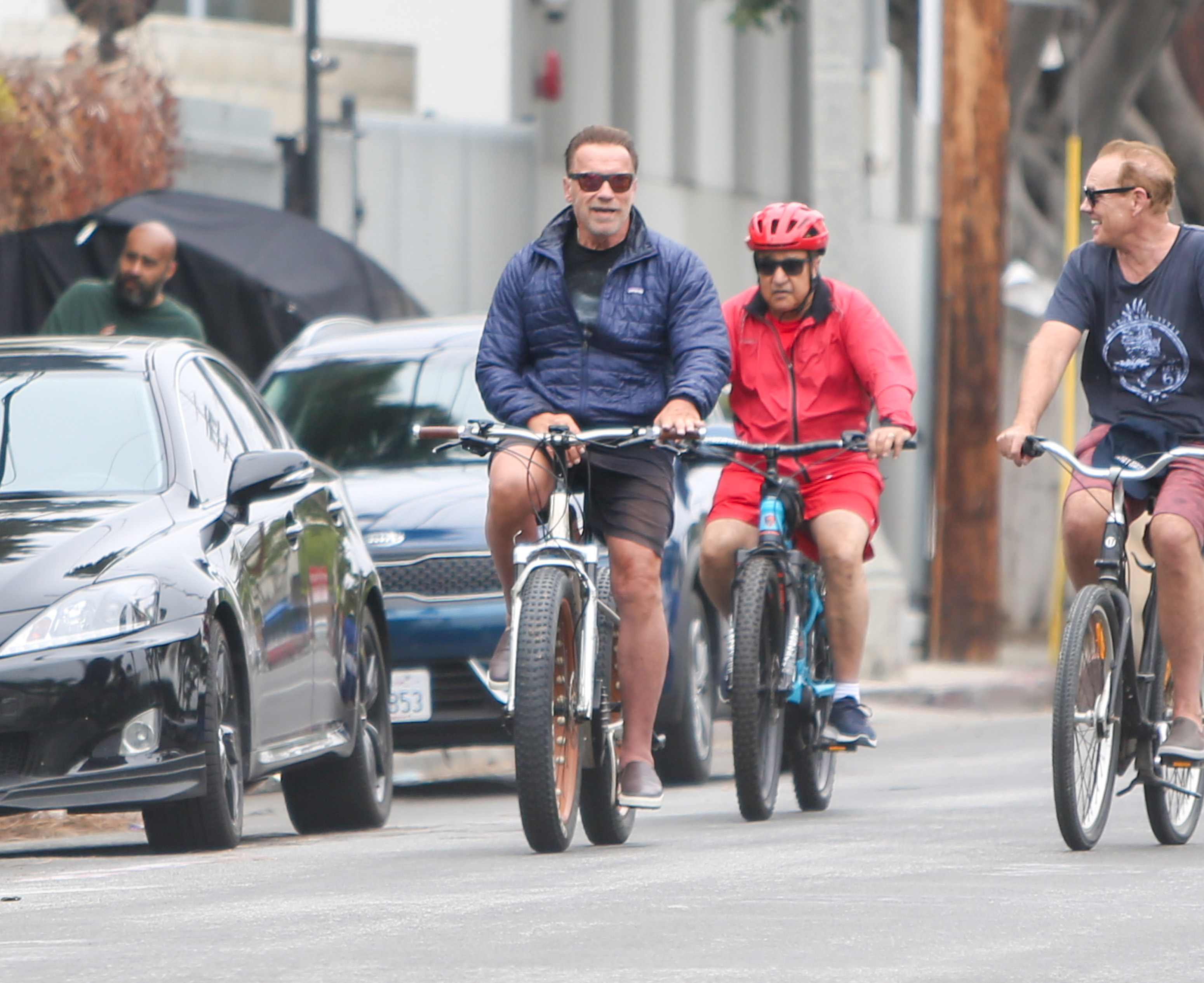 “Feeling good again,” the “Expendables” star said quickly while riding past a camera and giving a thumbs- up.

During that surgery, Schwarzenegger had a new aortic valve put in — two years after he received a replacement for a pulmonic valve that had originally been put in in 1997 to correct a congenital defect.