Queen’s state funeral: Everything you need to know

The nation will tune into the Queen’s funeral today (September 19) when it begins at 11am at Westminster Abbey. As a mark of respect, many businesses are closed today to allow staff to pay their respects to the late monarch.

Following the announcement Monday, September 19 would be a bank holiday in the UK, the Government issued clarification on what this means for schools.

The Department for Education tweeted on September 10: “Monday, September 19 will be a Bank Holiday to mark Her Majesty Queen Elizabeth II’s State Funeral.

“Schools and colleges will be closed for the Bank Holiday.” 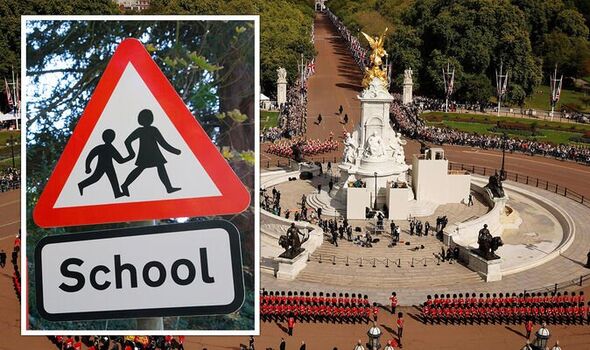 Many schools will have gotten in contact with parents already to let them know if their child is attending school today.

But any queries about whether your child’s school, college or nursery is open should be directed to the school directly.

Information may also be available on your local council website.

You can check if your child’s school is closed via the Government website here.

The vast majority of retailers and supermarkets are closed today to mark the Queen’s funeral.

However, some convenience stores are open or operating on reduced hours today.

Sainsbury’s convenience stores and petrol stations, for example, will be open from 5pm on Monday. 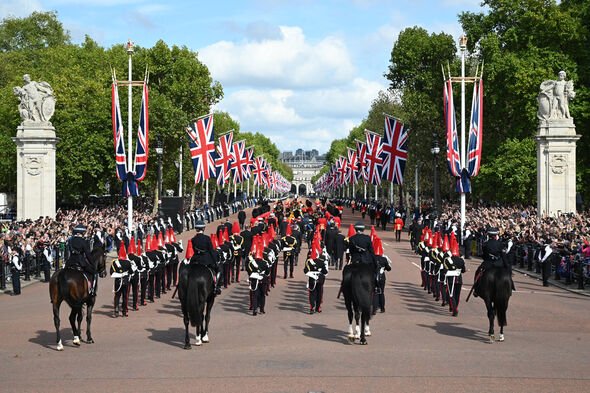 Tesco Express stores and Morrisons’ petrol stores will also be open for people to buy essentials on Monday evening.

Just some of the retail stores that will be closed on Monday include B&Q, Argos, Primark, John Lewis, Wickes, IKEA, Currys, Dunelm, Wilko and Homebase.

Food outlets that will be closed include Greggs (except for a small number of franchise partners) and Mcdonald’s until 5pm.

Cinema chains such as Cineworld and Odeon have also announced plans to keep their venues shut.

While many shops will be closed, some pub chains will be opening on Monday.

Pub group Stonegate said it will open on Monday and plans to show the Queen’s funeral on screens.

The majority of JD Wetherspoon pubs will be open from 1pm on Monday.

However, central London, railway station and airport pubs will be open from 8am on Monday.