Ann Snitow, a feminist writer, teacher, and passionate activist, who insisted on turning an analytical — even critical — eye toward feminism even as she organized relentlessly at its grass-roots, died on Saturday under hospice care at her home in Manhattan. She was 76.

The cause was bladder cancer, her brother, Alan Snitow, said.

Over nearly half a century, Ms. Snitow mobilized feminists, often at her kitchen table in Soho, and chronicled their ebbs and flows in six books and scores of articles in publications including The Village Voice, The Nation and Dissent.

In the 1970s she became a regular commentator on “Womankind,” one of the first American radio shows dedicated to feminism, which aired on WBAI in New York. In the 1980s she established gender studies at the New School for Social Research in Manhattan, where she also taught literature. In the 1990s, she became a kind of ambassador of feminism to Eastern Europe after the fall of Communism.

She weathered the feminist faction fights of each era, including the virulent “sex wars” of the ’70s and ’80s, when women fought bitterly over matters of sexuality and, especially, pornography.

In that particular pitched battle — between “pro-sex” advocates, who opposed censorship, and “anti-porn” advocates, who saw pornography as misogynistic — Ms. Snitow came down on the “pro-sex” side. Trying to police pornography, she argued, would only drive it underground and would distract feminists from their ultimate goal of liberation. (The “pro-sex” forces prevailed in the courts.)

Taking sides in that debate was almost unavoidable. But generally, Ms. Snitow was known for being analytical, not polemical, for raising questions, not supplying answers, and above all, for embracing ambiguity and uncertainty.

Uncertainty — her watch word for knowing that feminism was always evolving, but not knowing what it might become — might even be said to have been her signature trait.

“The feminism I love and that has sustained a lifetime of engagement is the feminism of uncertainty,” she said in April 2019 at her retirement party from the New School, where she taught for more than three decades. “Feminism keeps changing — and should. Uncertainty: What an odd banner to fly under — but there it is.”

And it suited her.

“As much as she was an activist, her temperament was intellectual and literary,” said the author Susan Faludi (“Backlash: The Undeclared War Against American Women” 1991). “She abhorred easy and reductive stances and relished complexity and the gray areas.”

This gave her credibility with all sides in the roiling debates of the day, Ms. Faludi said, allowing her to bridge divides “between generations, geographies, ideologies, intersectional quarrels, vanities.”

Ms. Snitow’s approach is captured in the title of her best-known book, “The Feminism of Uncertainty: A Gender Diary” (2015), a collection of essays from her years on the front lines.

“For better and worse, feminism is not a consistent ideology promising knowable ends or a panacea applicable in all situations,” she wrote. “I believe feminism has great longevity, but only if it is a continuous shape-changer, capable of responding to new conditions and expectations.” 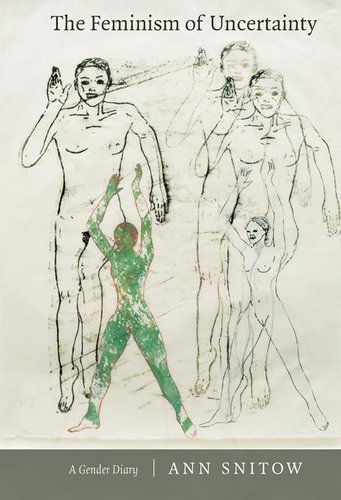 She was especially intrigued to see what feminism might look like in the former Soviet bloc after the fall of the Berlin Wall in 1989. In 1991 she became a founding member of the Network of East-West Women, a nongovernmental organization promoting women’s equality.

“It was entirely unclear what kind of feminism would make sense or even be useful post-Communism,” said Katie Detwiler, Ms. Snitow’s longtime collaborator, who traveled with her to Eastern Europe, organizing conferences, connecting women in the region with each other and sharing the lessons of hard-fought battles in the United States.

“It gave her fresh ground for rethinking feminist politics, both East and West,” Ms. Detwiler said.

Ms. Snitow’s last book, “Visitors,” to be published in the spring, is a memoir of her quarter-century of devotion to that effort — long enough for her to witness the rise of right-wing governments hostile to feminism. She always ended up where she began, with uncertainty, as she did in a 2015 speech to feminists in Warsaw about how to survive the backlash.

“Even though the people against us are very, very sure,” she said, “we don’t have to be that sure. Feminism is inevitably uncertain and unresolvable.”

Ann Barr Snitow was born on May 8, 1943, in Manhattan to Charles and Virginia (Levitt) Snitow. Her father was a lawyer and also produced trade shows. Her mother was a high school English teacher and later became active in Jewish causes; she served as president of the women’s division of the American Jewish Congress and supported projects in Israel, such as a shelter for battered women and the first lesbian magazine.

When Ann was a toddler, the family moved to Scarsdale, N.Y. She graduated from Cornell in 1965 with a bachelor’s degree in English and began work on her doctorate in English at the University of London. But by 1968, she was eager to join in the political upheaval in the United States and so broke off her studies and went back to New York. (She would not earn her Ph.D. until 1979.)

“To sit in the British Library while the world was exploding was not the right thing,” she said in a 2016 interview with The Nation.

In 1977, while she was working at the radio station, a listener named Daniel Goode, who was captivated by her, wrote her a letter. She never answered, so he called in to the show. They met for lunch, and the next year moved in together. They were married 26 years later, in 2004. Mr. Goode, a composer and clarinetist, said they finally got married to ensure full property rights for the remaining spouse when the other was gone.

Mr. Goode survives Ms. Snitow, as does her brother and her niece, Tania Chelnov-Snitow.

When she left London, Ms. Snitow emerged on the feminist scene in New York in 1969 as a founding member of the New York Radical Feminists, a consciousness-raising group — one of many in the era’s much-splintered world of feminist organizations. The goal of this group was to create a more broad-based, non-hierarchical women’s movement, as outlined by the writer Vivian Gornick in her seminal call to arms, “The Next Great Moment in History is Theirs,” published in 1969 in The Village Voice.

Its leaders left within a year because of internal disputes, and the organizational structure was dismantled. Ms. Snitow joined another consciousness-raising group that met regularly for the next 15 years.

To her young self, feminism was about personal freedom and pleasure.

“People have assumed that feminism was a hit against heterosexual sex, but for a lot of us, it was exactly the opposite, especially for heterosexual women like me,” she recalled in the interview in The Nation.

Feminism was about “feeling powerful, feeling alive, feeling in possession of my own life,” she said. “It said to you that the typical structures of female shame — and humiliation — were unacceptable and indeed anti-erotic.”

But over time, she saw it as a more dynamic proposition, outside of herself.

“Feminism offers a life of significance, as does work in any great social movement,” she said in her speech in Warsaw. “It gives individuals a feeling of being in history, of being actors no longer sequestered or left outside,” and of being capable of changing their situation.

“To believe that,” she said, “and to act on that belief even with skepticism, is to have an extremely exciting and kinetic relationship not only to ourselves but to the world.”

Katharine Q. “Kit” Seelye has been the New England bureau chief, based in Boston, since 2012. She previously worked in the Washington bureau for 12 years, has covered six presidential campaigns and pioneered The Times’s online coverage of politics. @kseelye