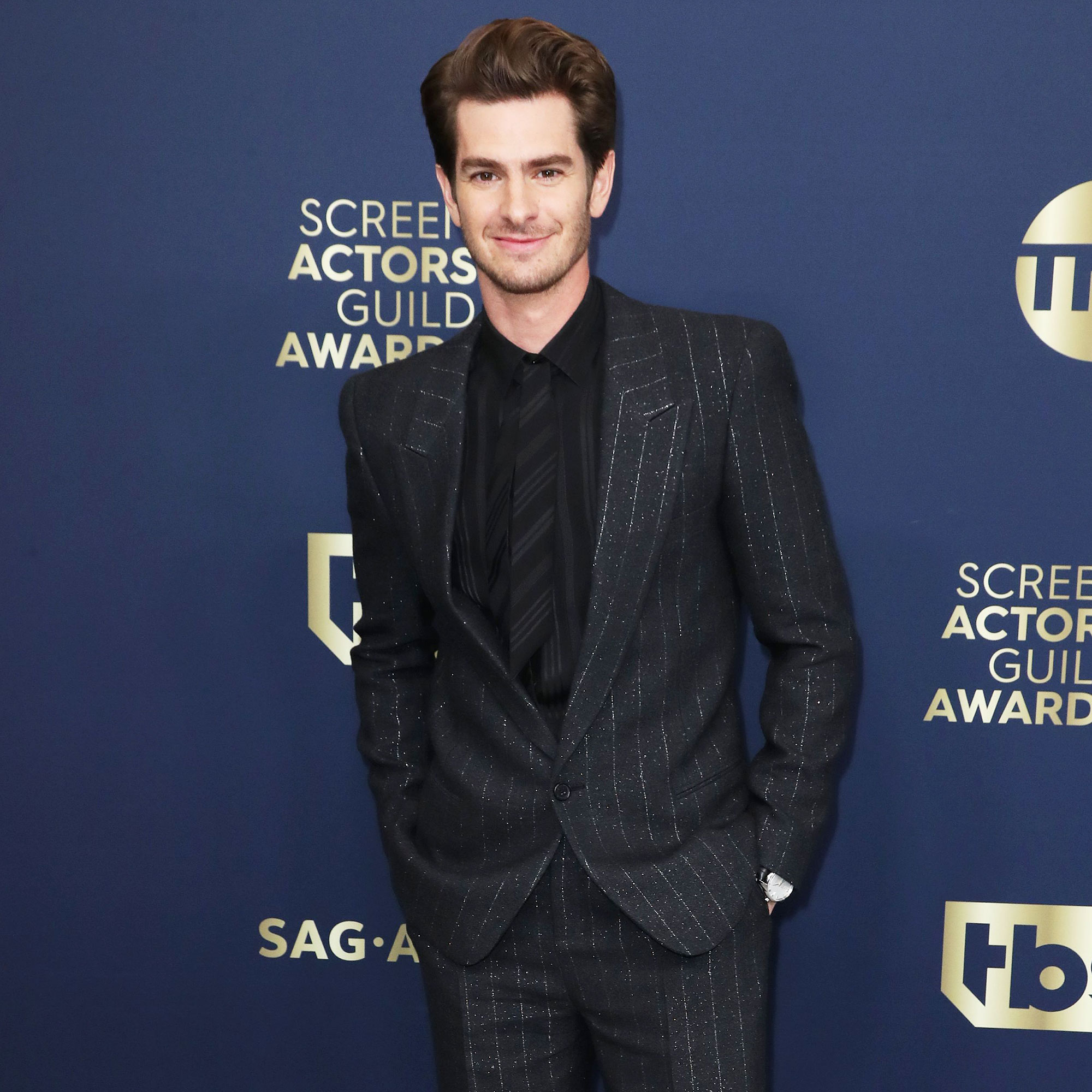 “It’s so amazing that I get to be here with all of our colleagues and our community celebrating on a tricky day to celebrate … We’re trying to bring Jonathan’s ‘Seasons of Love’ [to everyone],” Garfield, 38, said on the red carpet outside the Barker Hangar in Santa Monica, California, on Sunday, February 27.

He continued, reflecting on how he got into character for the November 2021 film: “It was about getting to that place of Jonathan Larson passion. He wasn’t thinking about how he sounded, he was just thinking about getting heard. … For me, it was getting to that place of confidence where I could fill up his lungs with my lungs and fill up his song with my song and try to change the world. That’s what Jonathan was doing, he was trying to revolutionize how we treat each other. So that was the biggest challenge.”

In the Lin-Manuel Miranda-directed movie, Garfield portrays Larson as he attempts to sell an original Broadway musical. The New York native is best known for writing Rent, which opened on the Great White Way in April 1996 and has since become one of the most successful Broadway shows of all time. However, Larson didn’t live to see his dream come true. The writer died in January 1996 at age 35 on the day Rent began its preview run.

The Eyes of Tammy Faye star had never sung before being cast in Tick, Tick … Boom! and previously described the production as being a “very strange, magical cosmic experience.”

He told Variety in December 2021: “When I heard that [Lin] wanted to talk to me about something, I immediately just thought, whatever it is, I know it’s going to be deep, emotional, heartfelt, funny, joyful, meaningful. I know it’s gonna run the gamut of great story. … And then from that came this overwhelming desire to give John another life.” 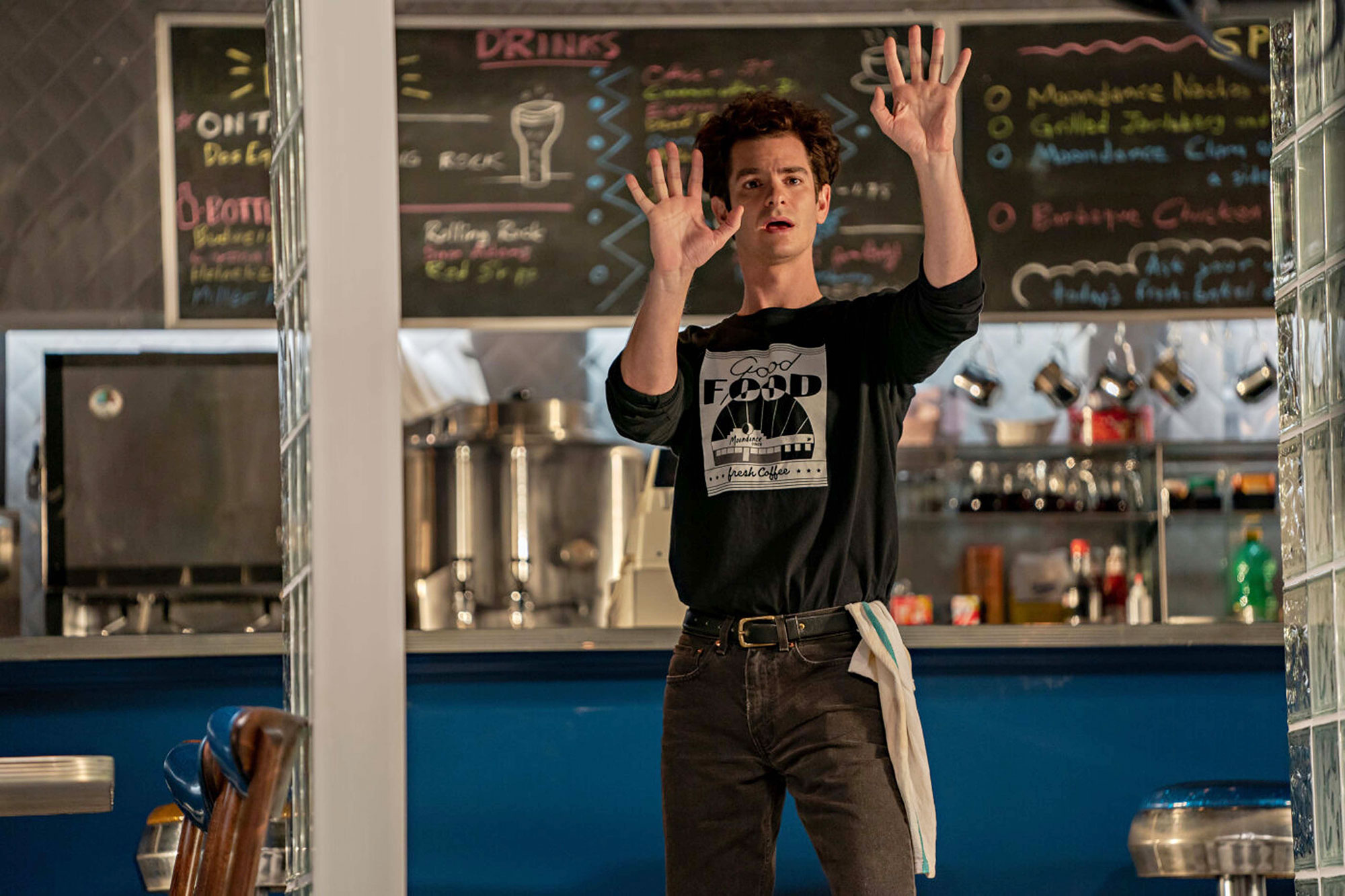 Signing onto the project was an “immediate no-brainer” for Garfield, who felt a strong connection to the character he was portraying. “It became this kind of spiritual devotional experience where every morning, I would wake up and I would devote myself at the altar of Jon Larson, and therefore the altar of art and the altar of carrying on with one’s creative calling,” he added.

Larson’s story may not be familiar to everyone, but for Miranda, 42, it was one of the things that drew him to the stage. “I really understood the world, and I really understood what Jonathan’s guts felt like because I’ve been there — to quote Leo McGarry in The West Wing, ‘I’ve been there, and I know the way out,’” the Tony winner noted during a November 2021 appearance at AFI Fest in Los Angeles.

The Hamilton creator was confident that Garfield was the only man for the job, adding, “When I went to go see Angels in America at the National Theater, I didn’t know I was walking out obsessed with that guy being in my movie. But he’s such a beast and he’s so incredible on stage, and Jonathan Larson was a creature of the theater. I just left feeling like, ‘That guy can do anything.’”

Earlier this year, the Never Let Me Go star won the Golden Globe for Best Actor in a Motion Picture – Musical or Comedy for his work in Miranda’s directorial debut. Garfield is also up for Best Actor at the 2022 Academy Awards.