Anderson Cooper and his former partner Benjamin Maisani are now the proud parents of two as they welcomed son Sebastian.

Anderson Cooper, 54, and his former partner, Benjamin Maisani, 49, have taken amicable co-parenting to a whole new level! On Feb. 11, Anderson announced during CNN’s A360 broadcast that he and Ben – who co-parent their 22-month-old son, Wyatt – are now proud fathers to a second son, Sebastian Luke, who was born earlier this month via surrogate. HollywoodLife has spoken EXCLUSIVELY to a friend close to the two men, who said that the recent birth of baby Sebastian has “strengthened their bond” as “lifelong partners” like never before.

As previously reported by HollywoodLife, Anderson and Ben were in a relationship from 2009 until 2018. Following their split, they had a son together, Wyatt, in April 2020. According to the pal, “They have been in an on-again, off-again relationship for so long and they are lifelong partners. They have one of the most unique relationships that exist because, although they say they are not intimate, they are very much in love, and they act like a real married couple.”

“Anderson and Ben put their past differences aside when Wyatt was born,” the friend told us. “They became solely focused on raising Wyatt to be the best man that he could be. They are constantly together, and Ben even has a room at Anderson’s home. They are always in communication 24/7 with each other, whether it be to figure out if there are enough diapers at home, or who is going to be there while one of them goes out of town.”

During his emotional Feb. 11 on-air announcement, Anderson told his viewers, “We are a family. Benjamin is also in the process of adopting Wyatt so that Wyatt’s last name will be Maisani-Cooper as well.”

Celebs Who Had Babies Via Surrogates — Photos Of Priyanka Chopra & More 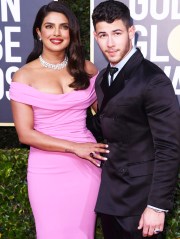 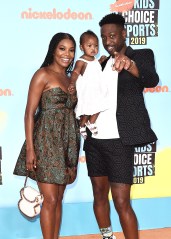 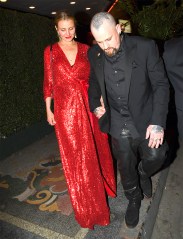 Our source added, “The two of them are the best fathers to Wyatt, Anderson announced that Wyatt was also getting Ben’s last name is because Ben is very much a father to Wyatt, and he has been since the day he was born. He wants Wyatt to grow up knowing that he has two very loving parents, as he always has.”

When asked if there was a chance that the two could one day get back together, the friend told us, “It’s anyone’s guess. Ultimately, all their friends think that they will realize that they are the only ones meant for each other. They both insist on being with Wyatt every single day and it will be no different with Sebastian. Anderson and Ben are undoubtedly sole partners and their two kids have tied them together forever.”