Actors Who Portrayed Real People in Movies and TV Shows

“Playing the extraordinary @MichelleObama was no small task but an honor of a lifetime,” the How to Get Away With Murder alum, 56, wrote via Instagram on Thursday, February 17, alongside the first trailer for her show The First Lady.

The 10-episode anthology series, which premieres on Showtime in April, is set to chronicle various presidential couples throughout American history, including the Obamas, the Fords and the Roosevelts. Davis is slated to act opposite Black Widow’s O-T Fagbenle as President Barack Obama. (Lexi Underwood and Saniyya Sidney are tapped to play the couple’s daughters, Malia and Sasha, respectively.)

“In four years, I don’t want to look back and think, ‘What did I become living in that house?’” Davis tells Fagbenle, 41, in the clip.

Elsewhere, the footage follows the Widows star and the Handmaid’s Tale actor throughout the Obamas’ political tenure. “They want to turn me into a Black Martha Stewart? I will pick my team [and] chose my causes, understood?” Davis continues. 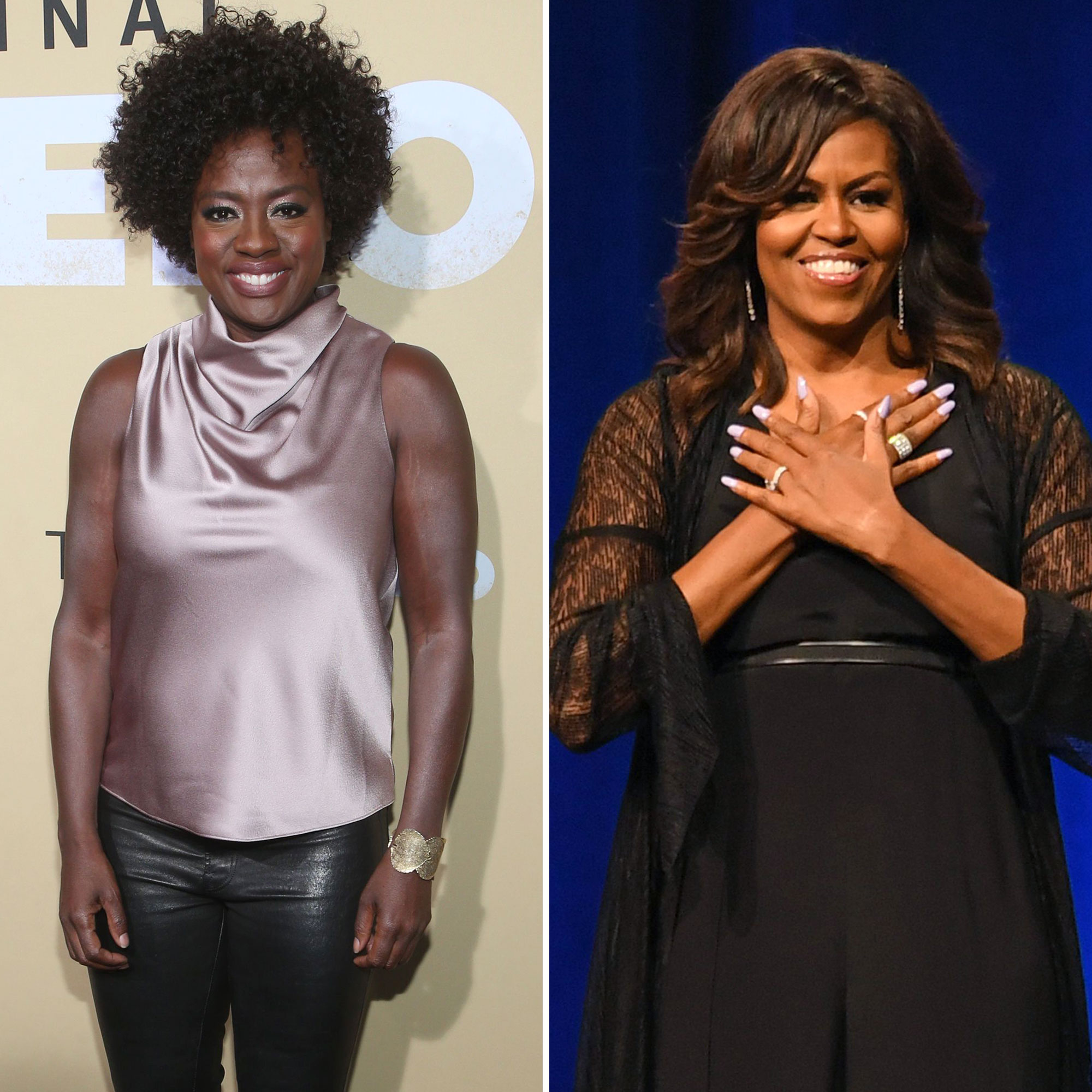 The Oscar winner, who has long been an admirer of the 58-year-old Becoming author before playing her on TV, has been candid about the great “honor” of bringing the former First Lady to life on screen.

“I think it was temporary insanity, I lost my mind for about five minutes and made a decision that I can’t take back,” Davis joked during a March 2021 appearance on The Tonight Show Starring Jimmy Fallon. “The woman is a goddess and everybody knows her, everybody feels like they want to protect her. Here’s the thing: I’m just going to do the best I can.”

The Fences actress confirmed at the time that she spoke with Michelle for “several hours” to get into character, noting, “It’s terrifying because — here’s the thing — sometimes someone doesn’t live up to whatever image you have in your head, but when they do live up to the image, it’s quite frightening. She’s that cool.”

Michelle, for her part, was equally thrilled with Davis’ casting.

“I feel that I’m not worthy. I wish I could be better to live up to the character that Viola has to play, but it’s exciting,” she told Entertainment Tonight later that month. “Anything Viola does, she does it with passion and vigor, and I know she will do no less for this role.”