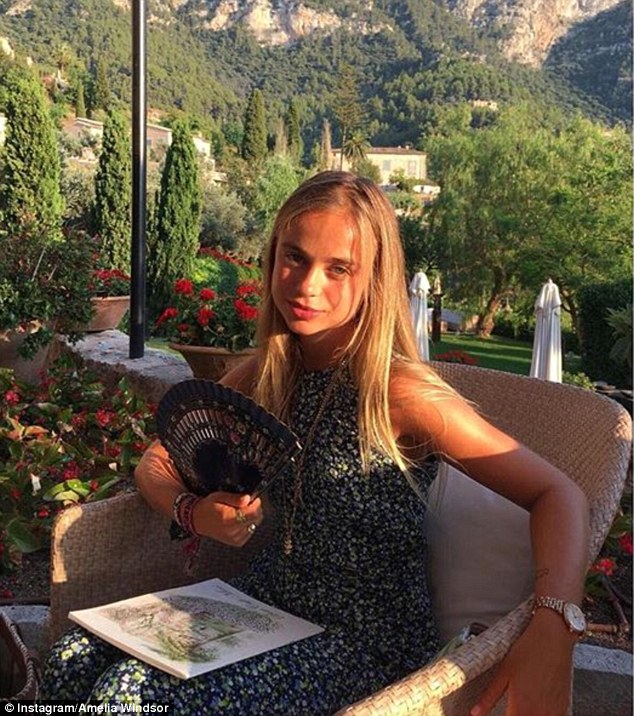 Molto Felie! Lady Amelia Windsor, 22. declared she was feeling ‘very happy’ as she posed for a sultry snap against the backdrop of the Tuscan countryside 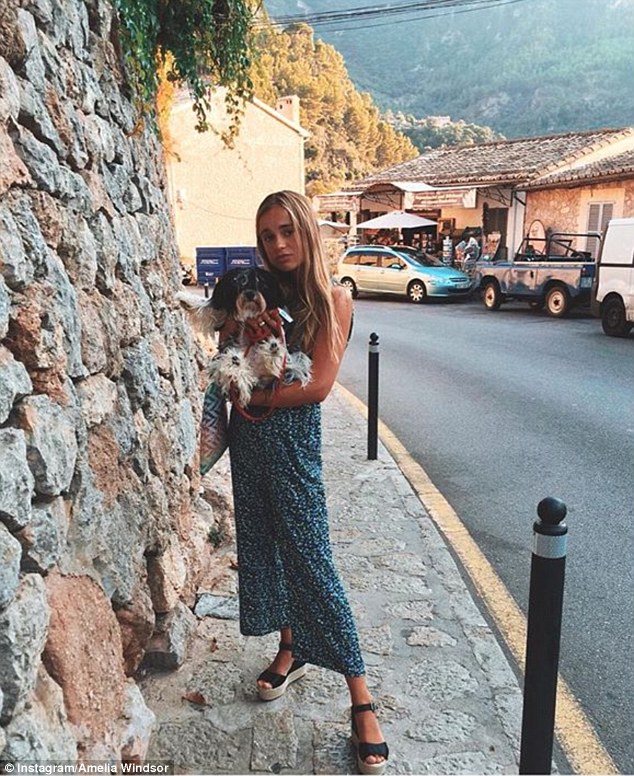 Lady Amelia cuddling up to a puppy called Havana during her trip to Tuscany. After a racy display on the beach in Ibiza, she kept it casual in a floral jumpsuit and platform espadrilles Lady Amelia Windsor was sharing snaps of her vacation in Tuscany and made us all jealous of her Italian getaway. And, of course, we were interested in what a royal would pack for such an excursion. Turns out, royals are just like us. Amelia chose a Michael Michael Kors floral belted jumpsuit — and for those of you who don't know, that's Michael Kors' secondary, less expensive collection.

What that means for us, happily, is that not only can we get our hands on Amelia's exact jumpsuit, it's on sale right now for $124.

There's nothing like a floral jumpsuit to put you in the mood for summer and if you scroll through the carousel below, you'll see plenty of other options out there starting at $29.97. Pick one up fast before the warmer days turn cooler. 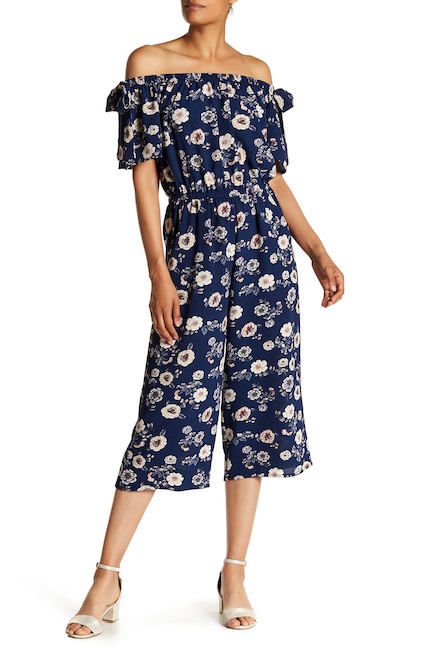 In another snap taken on a stroll through the Tuscan hills, the aristocrat was dressed down in shorts and a t-shirt emblazoned with Lionel Richie’s face.

However, she still seems to be enjoying the aftermath of her trip to Ibiza and shared a snap of honey from the Balearic island, saying: ‘Miel por Mel’.

It’s been quite the summer for Amelia from her jaunts around Europe to making a number of appearances at glitzy fashion events in recent weeks, including at the Serpentine Summer Party. 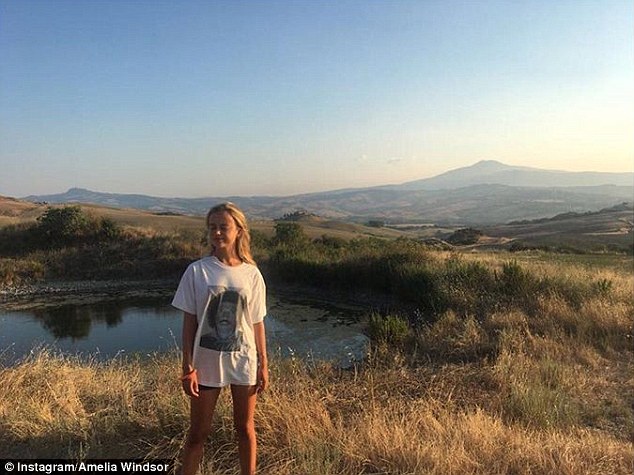 Amelia, 22, dressed down for a stroll in the Tuscan hills earlier today, wearing shorts and a t-shirt emblazoned with Lionel Richie’s face 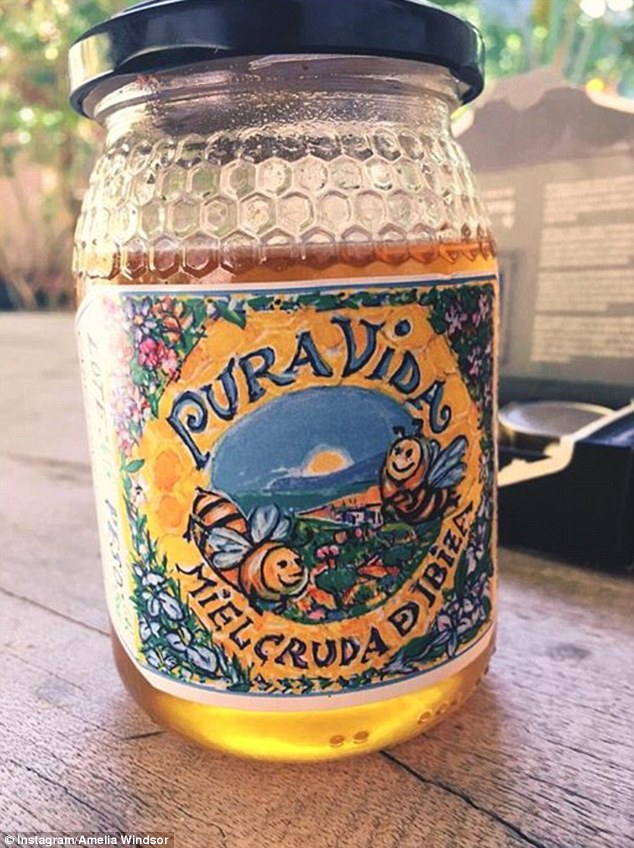 Holiday memories! Amelia seems to still be enjoying a jar of local honey that she picked up on her most recent jaunt to Ibiza

She caused a stir after showing off a daring new tattoo inked on the side of her rib cage at the star-studded bash last month.

The royal also has a tiger tattoo across her left shoulder, as well as the outline of three animals in a row on her wrist.

The Dolce & Gabbana muse is represented by Storm models, and was recently named as a contributing editor at Tatler Magazine. 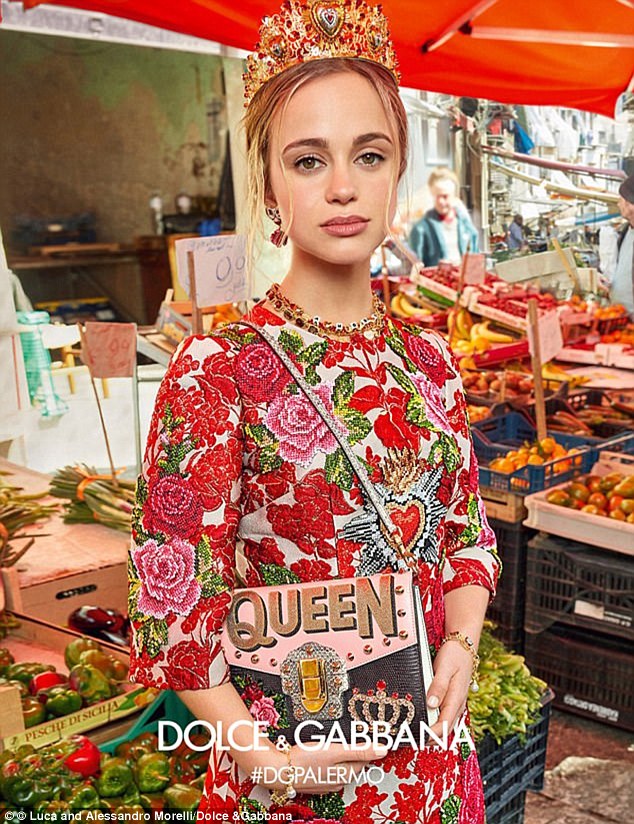 Amelia Windsor, 22, is a muse for the Italian design house Dolce & Gabbana and has appeared in photoshoots and on the catwalk for the luxury brand

Despite most of the royals keeping their private life off social media, Amelia is a big fan of Instagram and regularly shares glimpses of glamorous lifestyle with her followers.

She previously told Vogue: ‘It allows anyone to be creative and imaginative.

‘I also love that we can share all the beautiful and meaningful things we see and hear in the world. I find it so inspiring and uplifting.’

Despite her royal connections, she was surprisingly left off the invite list for Prince Harry and Meghan’s wedding at Windsor Castle in May.