Actress Alicia Silverstone has a bone to pick with Starbucks.

The “Clueless” star went on a tirade against the coffeehouse chain in a series of tweets Tuesday after a worker used a disposable cup to pour her drink.

Silverstone, who is a longtime vegan and environmental activist, said she brought her reusable mug to an undisclosed Starbucks store to “reduce waste.” But she was horrified when she noticed that the staff had used a disposable cup to pour the drink into her personal mug. 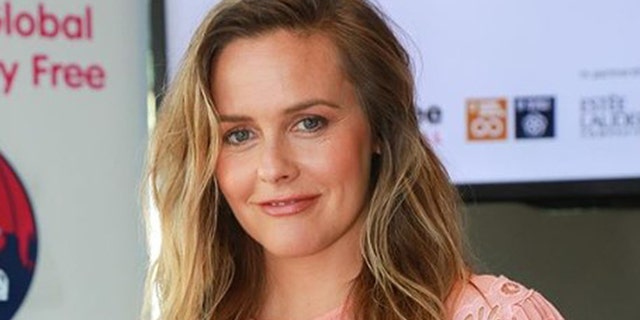 Alicia Silverstone reacted Tuesday to what she viewed as clueless behavior at a Starbucks coffee shop. (Instagram/aliciasilverstone)

"Depressing! Just brought my reusable mug to @Starbucks &saw staff use a disposable cup, pour it into my mug, then toss the disposable cup,” Silverstone tweeted. “Totally defeats the purpose of trying 2 reduce waste. Then I looked around to see so many people sitting @ the cafe all w disposables! Ugh.”

But that wasn’t her only issue with Starbucks. In another tweet, Silverstone said she was “frustrated” over the coffee company’s surcharge for nondairy milk.

“Y should we be penalized 4 making the eco-choice? It would be amazing for @Starbucks to lead the way &consider enviro externalities associated w the dairy industry by having dairy cost + or at least = plantmilk fees,” she tweeted.

Just when Twitter users thought the actress was done with her rant, Silverstone had one more gripe with Starbucks: “@starbucks one more thing – can you please get unsweetened oat milk at all your locations?”