ALEXANDRA SHULMAN’S NOTEBOOK: Camilla has a better head for the crown than Diana

No sooner did we learn Camilla would become Queen Consort on the accession of Prince Charles than the predictable survey followed: Who would have made a better Queen – Camilla or Princess Diana?

Quite aside from the fact that Diana’s death in 1997 renders the question rather pointless, it’s never a fair contest when one of the candidates can only be viewed in hindsight.

Nostalgia is a powerful tool in boosting approval ratings.

No surprises, then, that the majority voted for Diana. Like many famous people who suffer untimely death, the Princess of Wales is enshrined in our memories as a golden, lissom woman, fated never to get wrinkles and thick ankles.

Along with her glamour, her empathy and ability to connect with others was admired around the world. She was a wonderful mother and could be a captivating companion. 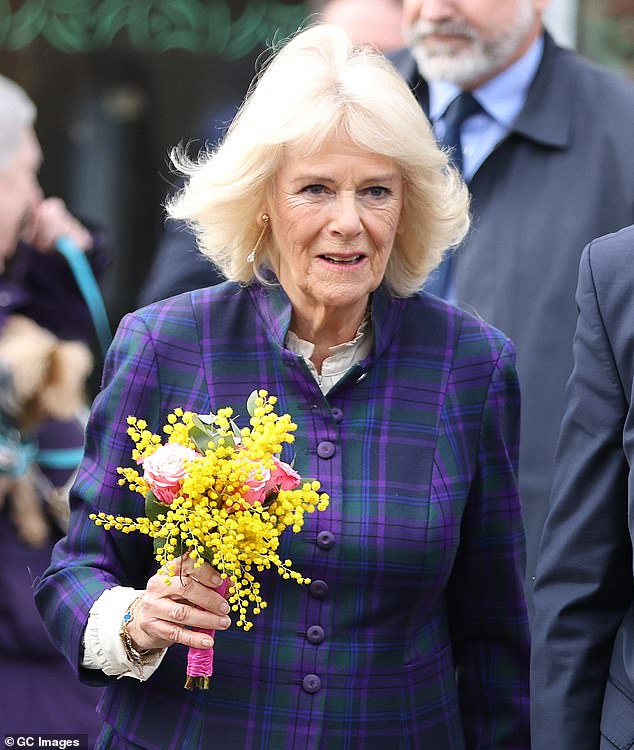 No sooner did we learn Camilla would become Queen Consort on the accession of Prince Charles than the predictable survey followed: Who would have made a better Queen – Camilla or Princess Diana? Pictured: Camilla this week in London

However, she was also a vulnerable and insecure woman whose opinions on people and issues were frequently influenced by how they impacted her personally. She found the strictures and formalities of Royal life oppressive.

She was hugely sensitive to perceived slights and not averse to playing games with her own power and patronage. She was buffeted from one direction to the next like the famous Candle in the Wind.

The role of Queen requires a very different skill set. The job description demands stoicism and an ability, figuratively speaking, to wear a mask. It is never about the individual. Feelings are allowed but only to a point.

The strength of our current Queen is her belief that the Crown is more important than anything personal to her, a conviction that has given her strength in many difficult times. But there’s no denying it’s a tough calling. 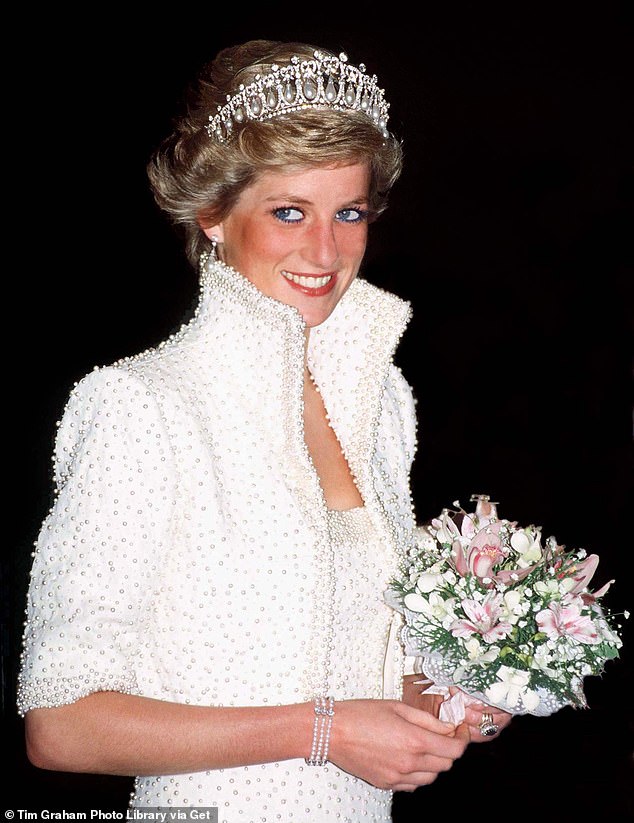 Quite aside from the fact that Diana’s death in 1997 renders the question rather pointless, it’s never a fair contest when one of the candidates can only be viewed in hindsight. Nostalgia is a powerful tool in boosting approval ratings. Pictured: Diana on a visit to Hong Kong

There is every sign that the Duchess of Cambridge will at some point be up to the task. But in the nearer future, the Duchess of Cornwall has demonstrated she understands the brief exceptionally well.

So she should make a successful Queen Consort – and arguably a more reliable one than Diana would have.

Camilla won’t be ruler but her steadiness and constancy, when the time comes, will help her husband enormously in his long-awaited role. That, and her famously fabulous sense of humour.

I emerge after Covid …blinking furious

I was one of the last cohort to be stuck inside for ten days before Boris announced plans to end mandatory isolation later this month.

There I was, a spectral figure behind the bedroom door rather than at the banquet, neither fully present in the house nor entirely absent.

So I was intrigued to see, when I emerged blinking into the light, how our home looked almost exactly the way it had when I tucked myself away.

There were no signs of active life over the intervening days. Our bath potions (OK, my bath potions) were in exactly the same position.

The vase of tulips was still on the kitchen table (empty of water and bare of petals but still there nonetheless).

The Seville oranges I bought just before Covid struck were rotting away contentedly in the fruit bowl. The vegetables in the fridge had neither been eaten nor thrown out.

It might have been understandable had I lived alone. But I don’t. I do, though, live with someone who, left to his own devices, happily avoids any kind of participation in domestic life – which means when I’m not around, nothing gets done. Or nothing useful.

He has, for example, managed to remain ignorant of the fact that, for the past 12 years, using our tumble dryer has involved emptying a water container. ‘But nobody told me,’ was his plaintive excuse for the laundry I discovered tangled in a damp bundle.

I may have turned into a ghost for ten days but he seems to inhabit a parallel universe.

Adele finds her voice for women

Just when I’ve made up my mind about Adele, she throws a curve ball.

I was glued to the Brits last week and worked myself into a right old lather when I watched Adele receive her third award of the night. 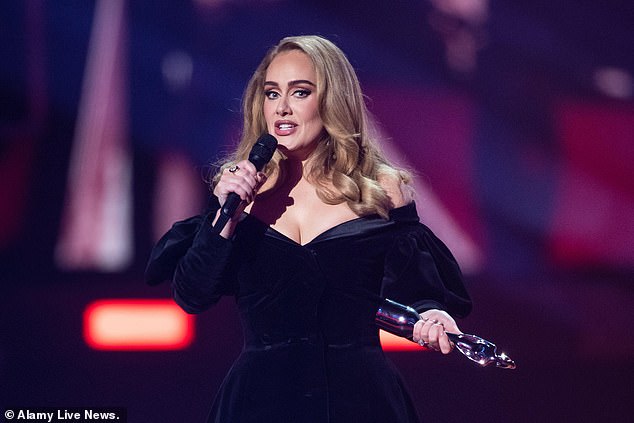 Just when I’ve made up my mind about Adele, she throws a curve ball. I was glued to the Brits last week and worked myself into a right old lather when I watched Adele receive her third award of the night

It certainly made me wonder quite what part of her show wasn’t ready for the Las Vegas tenancy she cancelled just days before it was due to open.

Since her fans are content for her just to stand there and sing, she doesn’t exactly need complex pyrotechnics or the elaborate dance routines of Beyoncé or Taylor Swift. It’s just her and her amazing voice.

Call me cynical but I doubt she would have flown in from LA to perform at the Brit Awards if she hadn’t been assured she’d sweep the board. Her shocked, gushing acceptance seemed unbearably ham.

But then, just as I’d written her off, Adele spoke out against the daft decision to abandon separate male and female awards – and voiced the (now politically incorrect) view that she actually liked being a woman.

That flung the noisy trans community into a predictable rage. How annoying for them for Adele – whose talons, scimitar eyebrows, concrete lipliner and statuesque build might ordinarily have endeared her to the trans community – to let the side down.

And how wonderful for the rest of us that she resisted crowd-pleasing platitudes – and said what few dare say in these gender-neutral times.

…but bungling Liz takes us backwards

Isn’t it rotten that our Foreign Secretary has such a poor grip on her ministerial responsibilities that she’s ignorant of the difference between the Baltic and the Black Sea?

Accused of being ‘like the deaf talking to the blind’ by her Russian counterpart after an icy meeting in Moscow, Liz Truss seems unfamiliar with the most basic negotiating skills.

I would have loved to be a Liz Truss fan. She’s a female in the Cabinet with a big job, which sadly is still rare.

But I fear her bungled trip to Russia may turn out to be one giant step back for womankind.

Ukrainian-born Sir Len Blavatnik, one of the richest men in Britain, has donated a huge sum to the Imperial War Museum to document the art of war.

It’s rare to hear him speak politics but I’d love to know his view on the troops massing next to his birthplace for a conflict which may soon provide new material for a gallery he’s funding.