The phrase made famous by Arnold Schwarzenegger in the Terminator films – “I’ll be back” – is one that Anthony Albanese could end up echoing at the next election when he seeks to extend his time as prime minister from three years to six.

But the political career of “The Governator”, as Schwarzenegger became known when he was governor of California, shows that one very dangerous political issue can wreck the hopes of a new administration, weaken a new leader and cause lasting grief among voters. 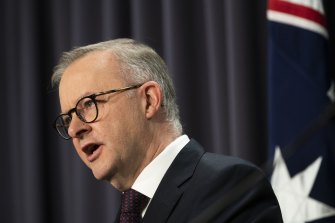 That issue? Power. Or the lack of it. The secret to Schwarzenegger’s political success was not his bodybuilding or his acting but the simple fact that his opponent could not keep the lights on.

In fact, his rise to power two decades ago is a reminder of what is at stake for Albanese in an energy crisis that needs immediate action as well as a lasting solution. Albanese is not to blame for this sudden emergency: after all, it comes after the Liberals and Nationals held the levers of power for nine years. It is not his fault. It is, however, his problem to fix.

And history shows that voters will not play along with a blame game in a blackout. They will blame whoever is in charge. That is the lesson from Schwarzenegger because that is how he replaced the Californian governor, Gray Davis, two decades ago. While there were several reasons Davis lost his job, his fall began when homes went dark.

I was living in San Francisco in June 2000 when the residents of our apartment building streamed out of their homes and into the shared courtyard because the power was out, and the heat was stifling. We gathered in the night-air with a sense of disbelief that political leaders and power suppliers had failed to plan for the demand on the electricity grid. 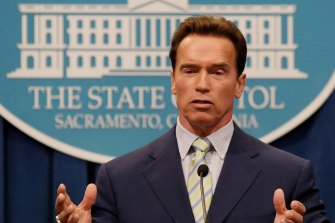 Rolling “brownouts” continued that summer with each region of the state denied power day by day. It was astonishing to see one of the proudest states in the world’s richest nation cut off electricity to its own people.

Nothing saved the governor after that. Davis, a Democrat, had only been elected two years earlier and had inherited a deregulated market put in place by his predecessor, Pete Wilson, a Republican. So, Davis could legitimately blame the problem on others. The trouble is it did not work.

Davis declared a state of emergency in January 2001 and had to find a way to pay for more power, which left the state with bigger deficits and debt. With the Californian constitution allowing a “recall” of a sitting governor, the Republicans gathered 1.4 million signatures (more than they needed) to force an election on whether he should stay or go. He lost. Schwarzenegger went on to run the state for the next seven years.

Australia is not California. Albanese is not Davis. Even so, history shows that blaming the previous government will only work for so long. Four weeks after the May 21 election, Albanese is talking at length about how the energy grid got into this mess. The next stage is to explain what he can do about it. 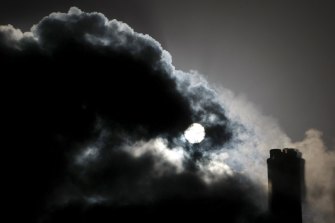 This crisis is not just a price shock because there remains an underlying power shortage on the east coast of Australia.Credit:MICK TSIKAS

The unfortunate truth is that there are few options to fix the immediate crisis. The unprecedented action this week, a suspension of the free market by the Australian Energy Market Operator for the first time in its history, has ended the games being played by the electricity generators and helped create some certainty about supply. But this crisis is not just a price shock because there remains an underlying power shortage.

Industry executives say there is a “tightness” in the market. Solving it will depend on the time taken to fix broken coal-fired power generators and the feasibility of asking customers to voluntarily cut their demand. One big energy user, the Tomago aluminium smelter in NSW, has cut its power use at several times this week. The industry says no other smelter has had to do the same.

Asked on Thursday to guarantee there would be no blackouts, Albanese would not do so. This was an honest response. The good news was the reassuring message from Energy Minister Chris Bowen, about the success so far in avoiding any blackouts or “load-shedding” – that is, the halt to supply that California imposed.

“We are confident we can avoid blackouts. We will work hard to avoid load shedding,” Bowen said. While customers in NSW are being asked to turn off non-essential items from 6pm to 8pm at night, Bowen said this was only a small part of the answer. The bigger factor remains the outages at the coal-fired power stations.

Kerry Schott, who chaired the Energy Security Board for four years up to October, is also expressing confidence that supplies will return. “There will be capacity coming back,” she told me. There are signs the Bayswater generator owned by AGL could be increasing power within weeks. Unfortunately, the problems at the Loy Yang A power station in Victoria could last until September.

The argument over other fixes, ranging from a gas reservation policy to the Snowy 2.0 project and the upgrade of the transmission grid, will make no difference this winter. The immediate measure being prepared by Resources Minister Madeleine King is to use the threat of tougher regulation to force gas exporters to increase local supply and help the electricity generators. Thanks to the failures of the past decade, the short-term fix depends on fossil fuels.

A lasting solution requires an end to the climate wars, but this does not look promising. Schott believes gas has to be part of the transition to a cleaner energy grid because it will back-up renewables while we wait for hydrogen to become viable. King says the same but came under attack from the Greens this week as soon as she suggested Australia would need more gas for some time to come.

Albanese is in a strong position in the new parliament. With the Liberals shrinking and independent candidates seizing blue-ribbon seats, the prime minister has a very good chance of turning three years into six.

“I’ll be back,” said the Terminator. Albanese may get to say the same. First, however, he has to fix a crisis he did not create.