Under a new law, transgender youth in Alabama could not be treated with puberty-blockers, hormone therapy or surgery. The state Senate voted to make the treatment a felony on Tuesday.

Senators voted 23-4 to approve the measure, dubbed the Vulnerable Child Compassion and Protection Act, sponsored by Republican Senator Shay Shelnutt. The bill now heads to the state House of Representatives, which has already approved a companion bill.

The two bills would make it a felony for medical professionals to treat transgender minors under the age of 19 with gender-affirming care. Violators could face up to 10 years in prison or a $15,000 fine.

The bill also requires school staff in the state to disclose to parents that “a minor’s perception that his or her gender is inconsistent with his or her sex.” Essentially, teachers would be required to “out” transgender students to their guardians — regardless of whether they are ready to do so.

“Children aren’t mature enough to make these decisions on surgeries and drugs,” Shelnutt told The Associated Press. “The whole point is to protect kids.” 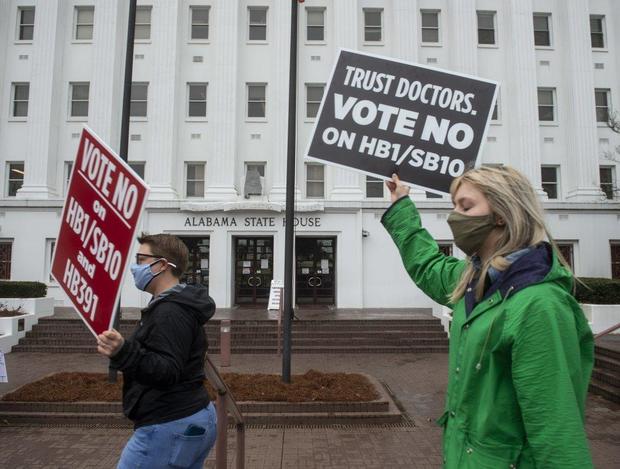 While similar measures have been considered across the country, Alabama would be the first state to pass such a bill. Parents, members of the transgender communities and medical experts opposed to the bills say it is dangerous, and that lawmakers do not understand the already difficult process to receive gender-affirming care.

The bills run “counter to medical science, prevailing standards of treatment for transgender youth, and basic human dignity,” the American Civil Liberties Union of Alabama said in a statement.

During Tuesday’s debate, Shelnutt said that he has never spoken to a transgender youth before, adding that he did not know that such treatments were being done in the state when he introduced the bill last year, AP reports.

SB10 has passed the Alabama State Senate. The companion bill, HB1, has not yet passed the House.

We need everyone to speak out before Alabama criminalizes gender-affirming care for trans kids. If you live in Alabama, please call your legislators and tell them to vote no on HB1. https://t.co/q5q5ACOgQ2

The Alabama ACLU, along with the Southern Poverty Law Center Action Fund, AIDS Alabama and several other groups, organized in-person and visual protests against the bills on Tuesday.

“Lawmakers are insisting that they know what’s best for transgender young people and ignoring the recommendations of medical experts, including the American Academy of Pediatrics, the American Medical Association, and more,” Allison Scott, a director at the Campaign for Southern Equality, said in a statement Tuesday. “It’s effectively endangering many possible lifelines for a transgender child: Under this bill they can’t go to their doctor for help, and they can’t seek counsel or comfort from their teachers or school staff.” 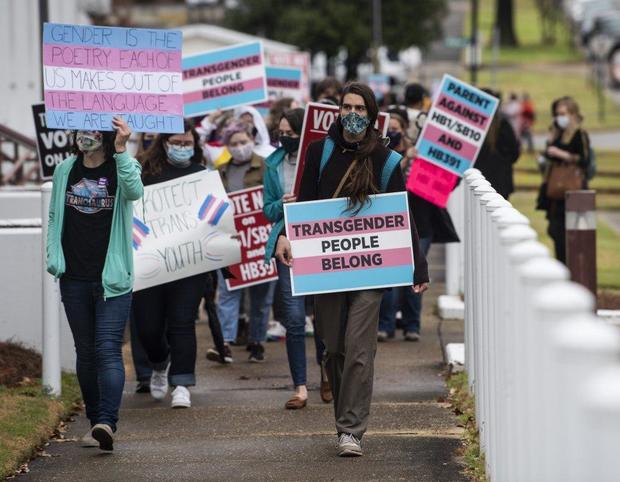 The House is also currently considering House Bill 391, which would ban trans youth from playing on school sports teams that align with their gender identity.

“This legislation will endanger young trans lives in Alabama. It contradicts the consensus of major medical associations and the overwhelming evidence that demonstrates how affirming transgender and nonbinary youth in their identities reduces suicide risk and improves health,” Sam Brinton, VP of Advocacy and Government Affairs at the LGBTQ organization The Trevor Project, said in a statement Wednesday.

“There’s absolutely no ‘compassion’ in threatening doctors with imprisonment for providing trans youth with the best-practice care they need to survive and thrive,” they added. “And there’s no ‘fairness’ in sidelining a group of young people who already face significantly increased risk for rejection, bullying, and suicide.”