‘You and your family look so alike.’

We get this a lot – especially myself, my mum and my sister. All of us are under five feet two inches, with similar builds, small noses and dark hair.

Whenever we get a comment like this, we exchange a knowing smile. My mum and sister are related to one another by blood, but I don’t share a single data point of DNA with either of them.

‘It must be all the shared genetics’, I usually reply to whoever has made the comment. It’s become something of a private joke between us now. I sometimes wonder whether, over the years, I might have evolved to look more like them.

My brother and I were taken into care when I was two and he was four. I remember very little of the physical ‘taking’ itself, though I used to like to think of it as rather dramatic. A police car dragging us out of the house kicking and screaming.

I’ve since read my files and learned that we were both, unusually, quite happy to leave, and went willingly with the social worker: probably an indication of the environment we were leaving.

We were placed with a temporary foster family for about six months before we were fostered with the Capes family. This was meant to be a short-term placement too – two years maximum – until social services could find something more permanent for both of us.

My new foster parents were wet behind the ears in terms of their fostering experience: newly trained, and with a biological daughter of their own, they had only fostered one other pair of siblings before my brother and I landed on their doorstep.

Again, I don’t remember much of this time, apart from the fact that I was still in nappies and my brother didn’t ever cry. I remember being terrified that we would be taken away again.

Our early lives were pathologised incessantly. As wards of the state we – and our foster family – were at the mercy of the social workers and children’s services professionals who orbited us.

I desperately wanted to be normal as a child – to be able to have a haircut, for example, without first asking for permission from the social. But the bureaucracy that documented and filed every moment of our young lives was always present.

Every other week it seemed there were more forms, care plans, therapy, phone calls and review meetings. 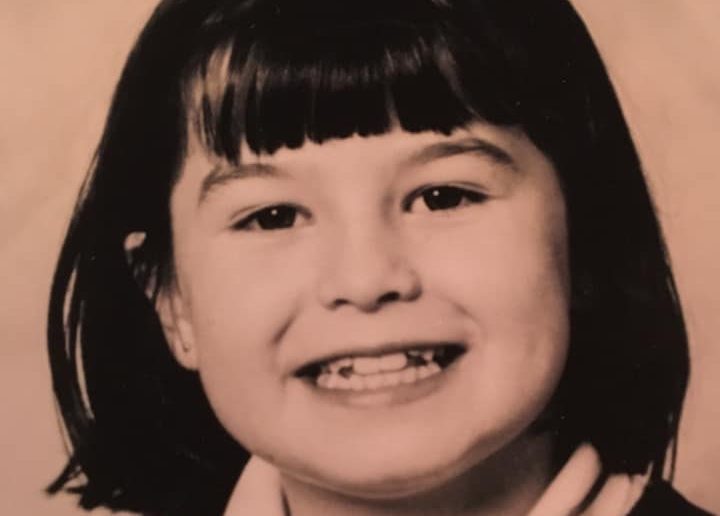 My foster parents tried to protect us as much as possible from all of it, but there was only so much they could do. Nevertheless, every school report, every parents’ evening, every school play and friendship crisis and (when I got a bit older) act of rebellion in the form of short skirts and a nose piercing, my foster parents were there for it.

Beyond the basics of feeding, clothing, sheltering and educating us, which is really all they were mandated to do, they did all the things that parents ought to do for their kids – even though there was nothing and no-one telling them that they had to.

My foster mum was constantly on our backs about the importance of education and work. We got good, full educations, because of her; and summer jobs as soon as we were able to.

It’s because of her discipline and her determination to make us see ourselves as something more than the product of the care system – to understand the value of education and work in helping us lead full and happy lives – that we grew up the way we did: with strong work ethics, knowing our own minds and what we wanted out of life, and valuing our independence.

It’s no wonder that as soon as we were able, we both changed our name by deed poll to Capes

It wasn’t long before my fears of being sent away again were proven insubstantial. The house in which we lived – with these people, who, if they had chosen, could have remained complete strangers to us – was overflowing with love.

It almost didn’t happen this way. In fact, things could have been very different for us. Our placement with the Capes family was only meant to be temporary until a permanent solution was found for us.

Social services’ permanent solution, it turned out not long into our care journey, was to separate my brother and I. To put me up for adoption, and to put my brother – who was older and had more severe behavioural difficulties and was therefore less likely to be adopted – into a residential children’s home. I didn’t learn this myself until I was an adult and accessed my records from the local council for the first time.

This scenario is not uncommon for kids in care. Between April 2018 and November 2019, almost 1,400 children who were placed for adoption had been separated from birth siblings. More than 12,000 children living in care are not living with at least one of their siblings.

The idea of my brother and I being separated from one another was naturally horrifying to everyone involved. After so much uncertainty and trauma in our early lives, we had been the only constant for one another.

My foster parents weren’t having it either. So, rather than have us separated and sent off to different families – probably never to see one another again – they decided to change their status from short-term foster carers to long-term, undergoing the extra training and assessments required to qualify.

I only really learned the full extent of how this had happened much later in life. I think my foster parents had tried to protect us, so it was only really in adulthood that I learned how my parents had worked to keep us together and a part of their family.

We were meant to stay in that house, with the Capes family, for a maximum of two years.

Instead, we stayed forever.

As a result of this decision by my foster parents, my brother and I were able to have something that the majority of children in the care system are deprived of: stability.

In short, we were incredibly lucky and an exception to the rule.

It’s no wonder that as soon as we were able, we both changed our name by deed poll to Capes. My mum tells me that the main reason for this was that we found it uncomfortable explaining to people why our surname was different from the people who we considered our family.

But for me, I think it was a declaration of being chosen: of our family choosing us, and of us choosing them. It was a symbol of belonging, shared identity and love; and to me that was the most powerful thing in the world.

When I tell people that I grew up in foster care I often get looks of pity – but I don’t feel like I need to be pitied at all. By the sheer coincidence of landing on the doorstep of one particular family, we had the most loving, stable and joyful upbringing that we could have ever wished for, no matter whether we were in care or not.

For that I will never be thankful enough.

Love Me, Love Me Not by Kirsty Capes is published in hardback by Orion, £14.99

This series aims to offer a nuanced look at familial estrangement.

Estrangement is not a one-size-fits-all situation, and we want to give voice to those who’ve been through it themselves.