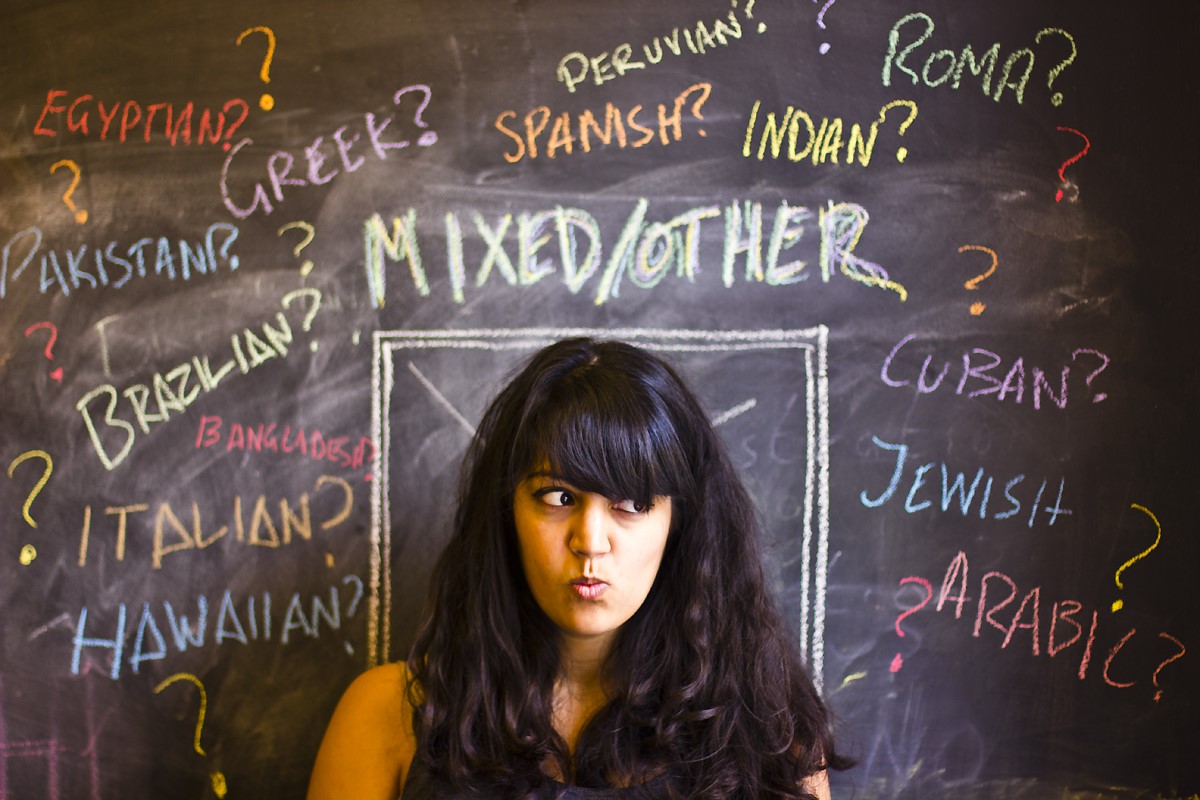 It’s a condition I’ve realised I suffer from – but I didn’t always feel this way.

Growing up, the media featured an endless parade of white male actors positioned as romantic leads – like Brad Pitt, Leonardo DiCaprio, Orlando Bloom – and, I suspect as a result, many of my early crushes were white men.

I was aware of this as I sometimes had crushes on people who weren’t white men. That made me ‘weird’ because the message my peers and I were receiving, and explicitly shown, was that white guys were the best – and often only – romantic partners.

Accordingly, I found myself fancying (and dating) a long chain of mostly interchangeable nerdy, indie white boys throughout my late teens and early twenties.

I didn’t date white men exclusively, and it wasn’t a conscious choice, but if you were to tally up all the dates I went on, they definitely made up the majority.

There were other factors – being in majority white institutions and areas – but I do wonder how much of my subconscious thinking centered the messages I’d received in my youth.

Despite these early experiences, within just a few years of dating as an adult, the number of questionable incidents and painful interactions I’d had caused White Guy Fatigue to set in.

I have received stereotypical comments and random assumptions based on my race since my teens; being told that I was ‘exotic’, or guesses that I was ‘wild in bed’ based purely on my appearance.

Sometimes white men imagined whole backstories out of thin air: believing that my family would have a problem with me dating a white man (my family genuinely could not care less), or me dating a white guy would be make my life ‘easier’, due to navigating life on the arm of somebody with more privilege than I have – the dating version of the ‘white saviour’ narrative we see throughout society.

I had just accepted all these fetishistic comments as part and parcel of dating, because I didn’t know any different. They didn’t make me feel great – in fact, they made me feel on edge and guarded – but I couldn’t imagine any other way those interactions might go.

It wasn’t until my early 20s that I began to grapple with this, when comments started to become more obviously racist and directly targeted.

There was the guy who told me outright that he was attracted to me because his first crush was on Konnie Huq. (I look nothing like Konnie Huq).

The guy who ‘had never slept with anyone tropical’ and wanted to ‘add me to the list’.

The one who fantasised about marrying a ‘beautiful Indian woman’ and giving her some amazing Westernised life that she’d only be able to access via him.

I could go on, but you get the picture.

The comments I received varied from racism, tokenism, fetishisation, stereotypical nonsense and straight up white saviourism in action. White men, it seemed, often saw me either as some sort of box checking assignment, or a needy and distressed individual they wanted to rescue from some perceived threat.

Either way, I wasn’t acknowledged as a human being in my own right, with agency and value.

I have also found myself in situations where I’ve felt I was some sort of relationship diversity hire. Comments like, ‘Well I know some of my friends have problematic views, but obviously I’m dating you, so I don’t’ or ‘You’re probably the wokest person I know’ aren’t the vote of confidence they were maybe intended as.

These comments are the relationship version of ‘I have a Black friend’ in that I’m essentially a prop. They diminish my personhood and agency, and make me feel like the other person doesn’t fully see or appreciate me – instead reducing me to a cliché. While now I’d have no problem in flagging these issues, at the time I found it tricky to articulate these points. It was easier to leave and move on to the next person.

Dating isn’t about finding opportunities to educate or offering token woke points – like crack a book, bro! That’s not my job.

Beyond these issues, the sharing of different experiences requires a certain amount of give and take on both sides to fully appreciate and understand one another.

As the product of an interracial relationship, I know this is a complex process that requires empathy, emotional intelligence and trust.

Obviously, all relationships require this, despite demographics, but I’ve found the relationships where I’ve dated mixed people or other PoC have been easier in those respects due to having a shared cultural currency: some kind of instant familiarity, the same way you might feel dating anyone somebody from your hometown or within your core friendship group.

As I get older I find I appreciate those moments of kinship more, and am more inclined to seek them out, especially if the alternative is microaggressions.

I’m at a point where the hurt I’ve suffered in the past makes me cautious when dating, and those early wearying experiences have left a mark. I’m more perceptive of dating red flags, and have raised my bar much higher than it was in my teens and early twenties. I choose myself, and knowing my value, over situations which make me feel like a prop.

It’s easy to say, ‘Well, why is your sensitivity around these issues the problem of the person you’re dating?’ and argue that I just need a tighter community around me. People asking where I’m from often try to argue they are just being curious, or that I’m reading too far into a well-intentioned question. And it’s true that I have many friends in interracial relationships with white men who haven’t stumbled across the issues I have, instead building deeply loving relationships.

I also have some friends who feel the opposite to me; they’re more likely to date outside their community rather than somebody who thinks they already have them sussed out due to sharing some cultural similarities.

Despite all of this, I’d never genuinely sack somebody off based purely on demographic — you can’t control who you fall in love with, after all. But I would automatically swipe left when faced with a white guy opener of ‘You look exotic, so where are you from?’ or ‘So I’m guessing you’re a freak in the sheets!’ with a roll of the eyes.

It happens way too often for my liking, and every time I see this kind of comment I’m put back into a place of feeling less than my worth – which is not a place I wish to be anymore. That wearying feeling of resignation? That’s white guy fatigue in action.

Not Quite White by Laila Woozeer (£16.99, Simon & Schuster) is out on 23 June and is available from Amazon and all good bookshops.

Rush Hour Crush – love (well, lust) is all around us

Tell us about your Rush Hour Crush by submitting them here, and you could see your message published on the site.