A new piercing retail concept is about to hit the scene in Dallas. Wildlike opens next month at the Shops of Highland Park with an assortment of piercing studs from companies including Maria Tash, Pamela Love and BVLA, as well as its own eponymous line.

The company is the brainchild of Alysa Teichman, the daughter of Joanne and Charles Teichman who founded Ylang23 in the ’80s and are pioneers in fine jewelry e-commerce space, having launched their own site in 2000. Teichman currently serves as vice president for business development for Ylang23 and will continue in that role as she heads up and scales Wildlike across the U.S.

The idea emerged after having hosted piercing events in Ylang23’s Dallas store for the past five years. “It is such an exciting space — it transcends any kind of demographic. It’s not just women, it’s not just people of a certain age. It’s not just super edgy people. We’ve had people bring their teenager for a second hole on their 16th birthday and had 80-year-old-plus women come in to get their ears pierced. It’s been such a source of energy in our store and I’m enterprising so I had this idea to spin off the piercing concept and build it out. I think the market is huge,” said Teichman.

One of the things that differentiate Wildlike from other new piercing salon upstarts is that, much like Ylang23, it retails a variety of brands. “My family and my parents understand multibrand retail and I think having these brands in the store adds texture and it makes it fun. I think we will cater to a wider demographic because what we have is extensive,” Teichman said.

The piercing salon market is quickly growing, requiring that each player differentiates itself and make a play for a loyal audience. Studs, for instance — which this spring began its wider expansion across the U.S. — targets a younger consumer and offers more budget-friendly options. Maria Tash is the original, selling a highly coveted in-house line and offering a particular methodology of piercing. Lines at the New York City outposts of these stores often extend down the block on weekends, with appointments booking out weeks in advance. 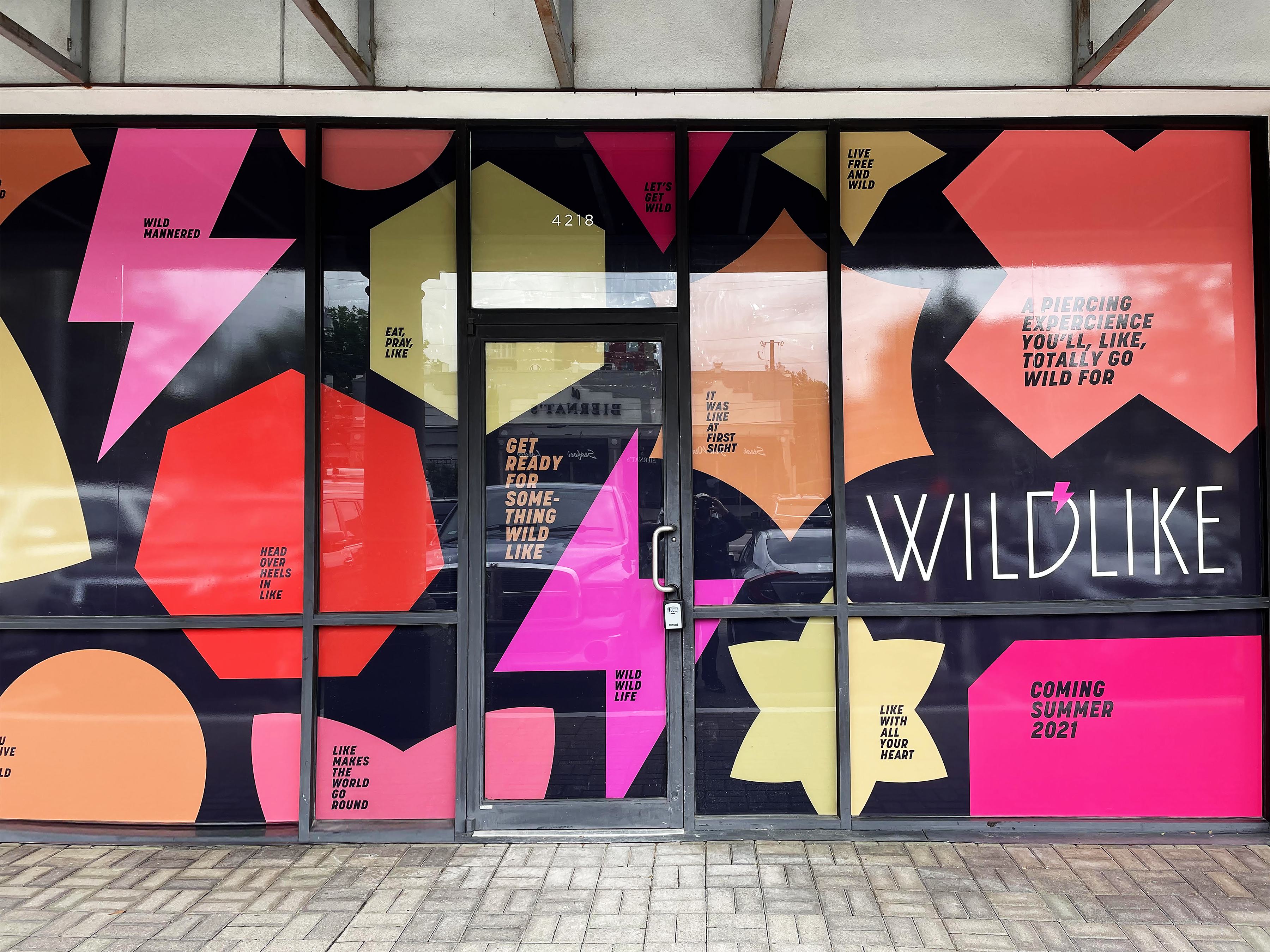 At Wildlike, the space was designed with a sophisticated consumer in mind. Its coral-tone interiors with terrazzo flooring and limestone details speak to how piercing has become a high-end experience for even the most conservative grown-ups. Most of the store has been designed with custom fixtures and wallpaper that can be reproduced at future locations.

Teichman said that, “the company sits at the intersection of the piercing tattoo world and the fashion world — we pay homage to both.”

Piercings are priced at $40 for a single jab and cost $20 for every piercing thereafter. Wildlike’s own jewelry brand starts at $90 for a single stud and goes up to $1,305. The company will include a robust e-commerce initiative as well.

Teichman is now scouting out second and third locations for Wildlike — with an eye toward New York, Los Angeles and Miami in particular. She said: “I think there’s so much opportunity. I think a bunch of secondary markets are very underserved, too. I’ve had people messaging me to open in Nashville, in Atlanta — places I have never spent much time. People are getting really into it.”