Two more men were in critical condition at a hospital from the same exposure, the Lenawee County sheriff’s office said. The five men were in their early 20s.

A concerned friend called 911 around 1:30 p.m. when he had not heard from them during the Faster Horses Festival at Michigan International Speedway, 80 miles west of Detroit. They were staying at a campground outside the festival grounds in Woodstock Township. 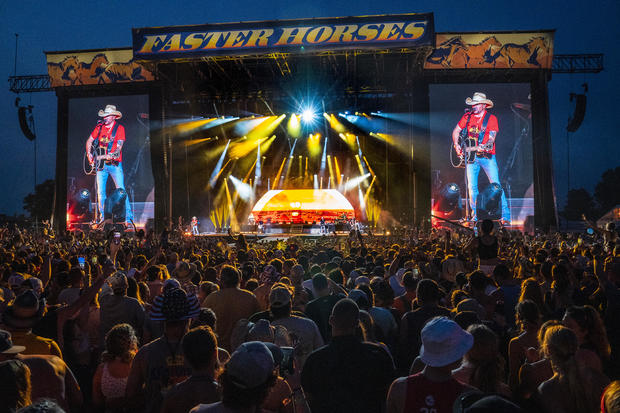 “This tragic incident is being investigated as a suspected carbon monoxide exposure from a generator located very near the travel trailer,” the sheriff’s office said on Twitter.

The cause and manner was unknown, state police said, although investigators were looking for a suspect.

“Detectives want the public to know there is no danger or threats to people attending” the music festival, state police said.

According to a Facebook post, a candle light vigil will be held at the Michigan Center Football Field on Monday to commemorate the four people who died

Saturdays are for country music! 🤠

We’re ready to close out the weekend with our guy @jasonaldean tonight! Gates are open, we’ll see y’all on the inside. pic.twitter.com/vP4HqC4ghl