Buckingham Palace is the Queen's official London residence, and one of the most-visited tourist attractions in the UK. But this picture taken in March 2020 shows it's now vacant of visitors. 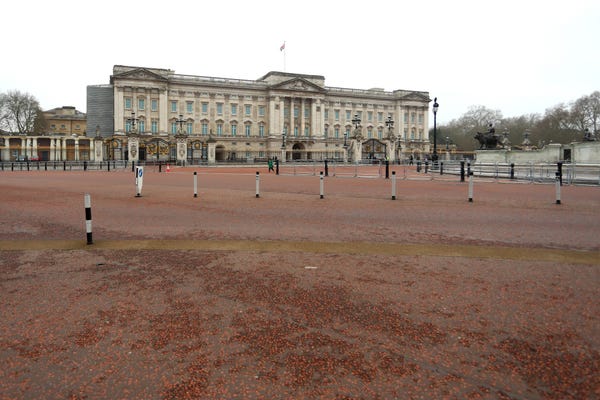 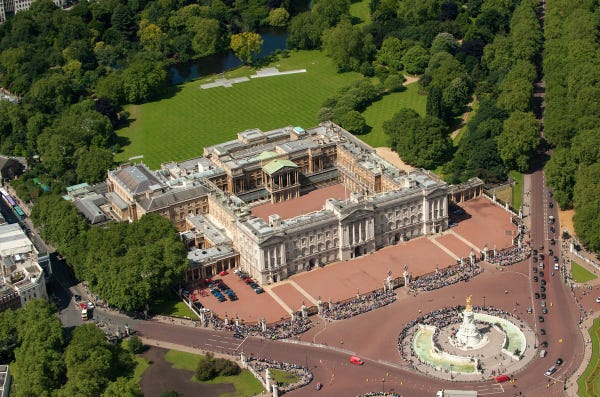 The Queen usually uses the palace's Blue Drawing Room to host official events, such as this Commonwealth Heads of Government Meeting in 2018. 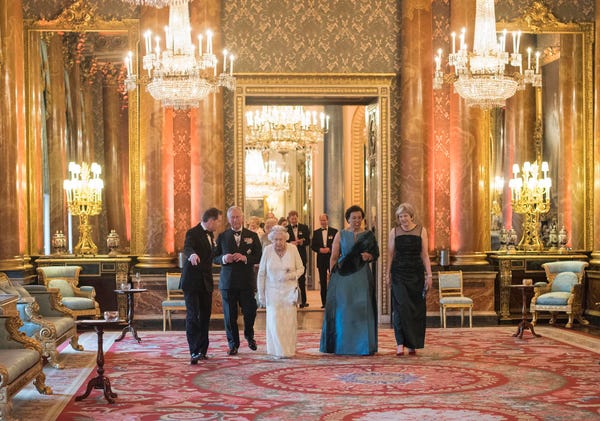 But since the royal family has canceled all official events for the time being, this is what the room looks like while empty. 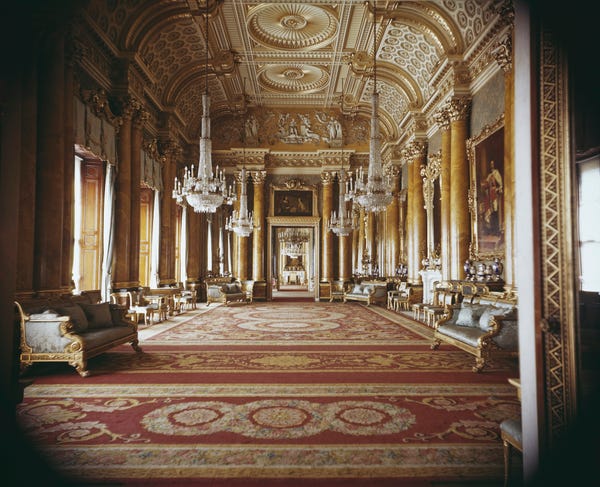 If members of the royal family or staff were to self-isolate at the palace, they'd have considerably more space to work from home than the regular citizen. 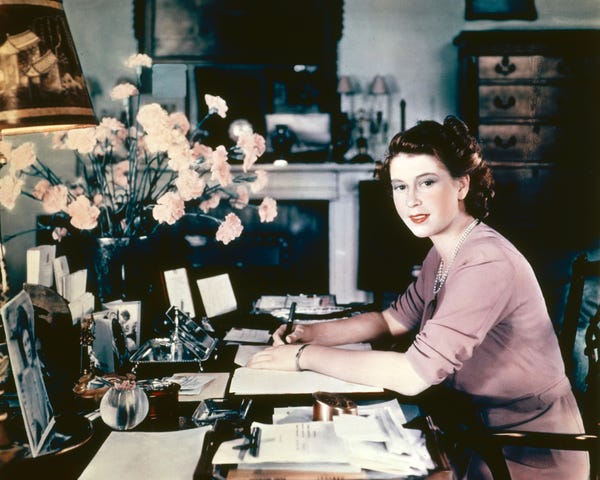 Here's the Queen — then-Princess Elizabeth — working at her desk back in 1946. 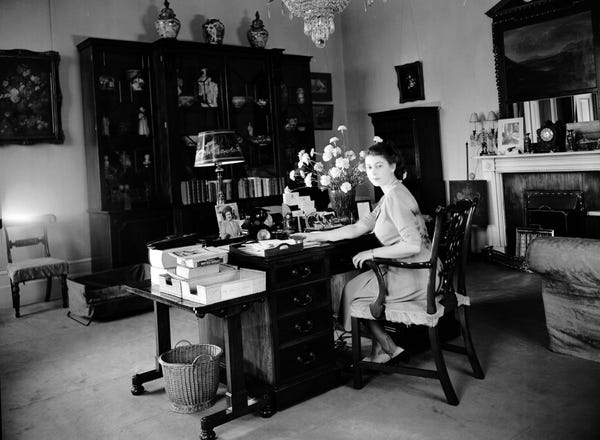 There's also space to relax. Here's the White Drawing Room, which was used for Prince William and Kate Middleton's wedding reception in 2011. 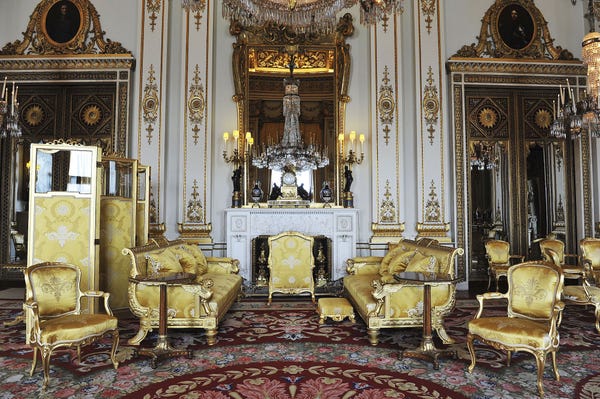 There's some unique art — including this portrait of the monarch — in this room. 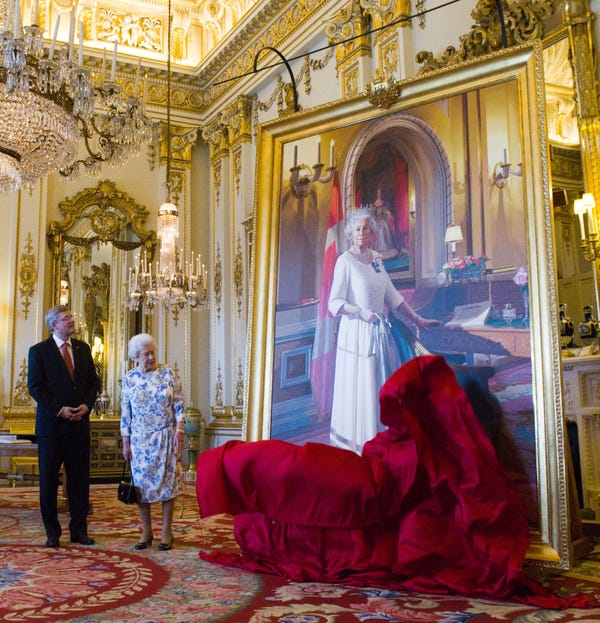 Her Majesty often uses the space to address the nation in her annual Christmas Day video speech. 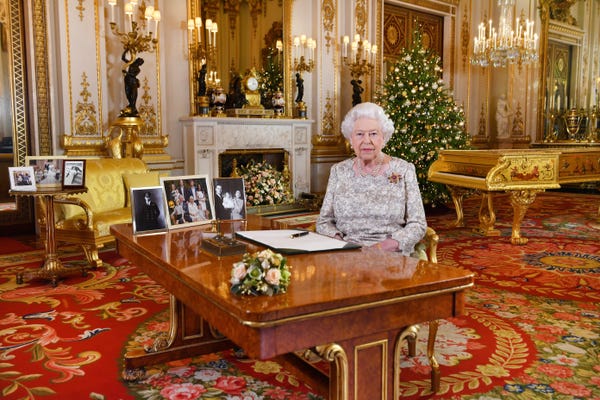 There are smaller spaces, such as this private sitting room used by King George and Queen Elizabeth in 1948. 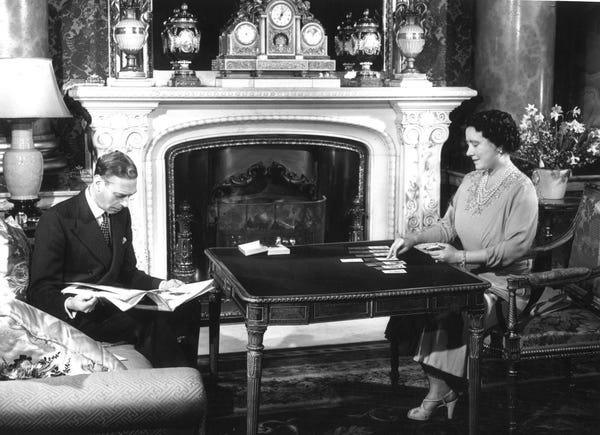 Our current Queen has her own sitting room, which she uses both privately and for welcoming important guests to the palace. 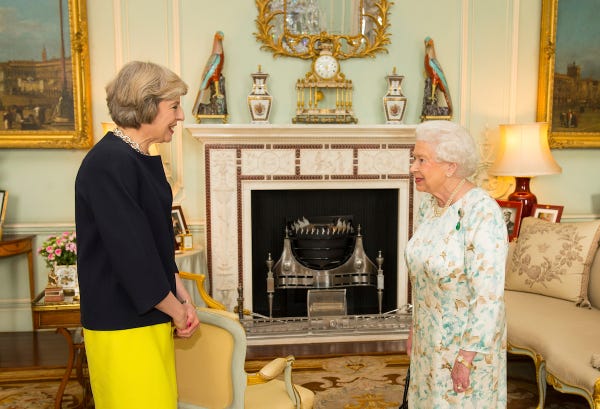 The Buckingham Palace gardens, used by the Queen to host official garden parties every summer, are slightly bigger than most people's backyards. 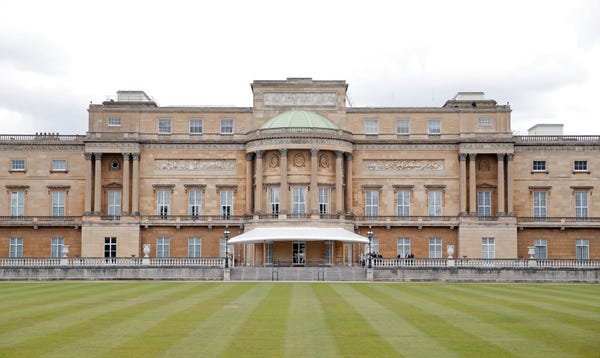 The palace's Throne Room is used for state banquets, where the Queen hosts world leaders and heads of state … 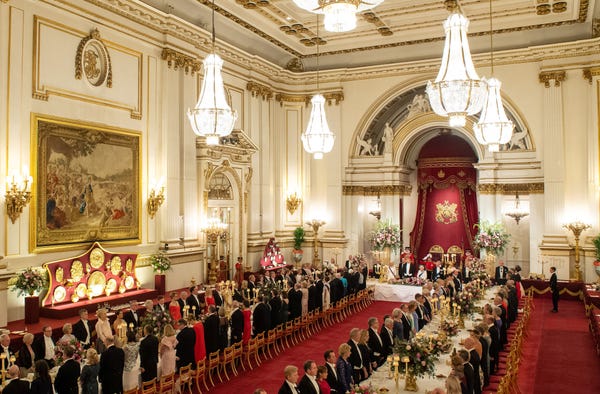 … Here's what the table would look like if you opted to dine alone during self-isolation. 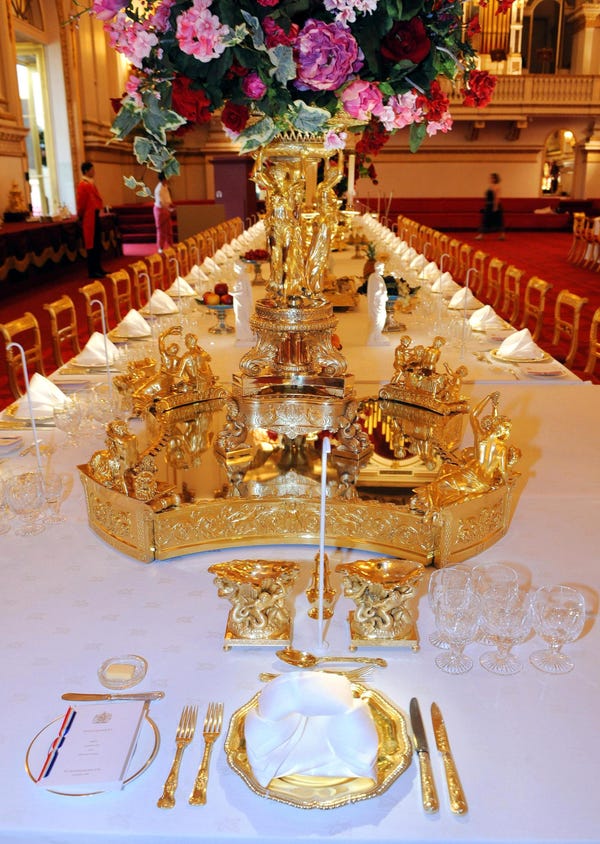 The Queen has now taken up residence at Windsor Castle for the Easter period, but could remain there for longer depending on government advice. 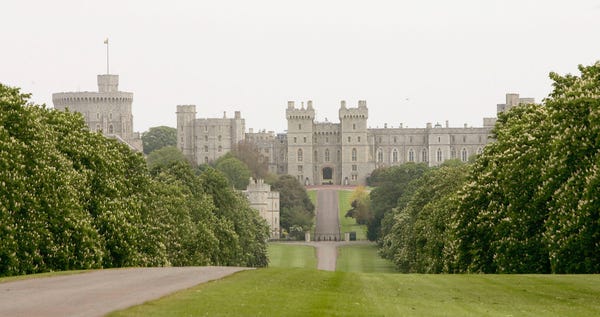 Of the 1,000 rooms in the castle, St George's Hall is one of the most photographed. 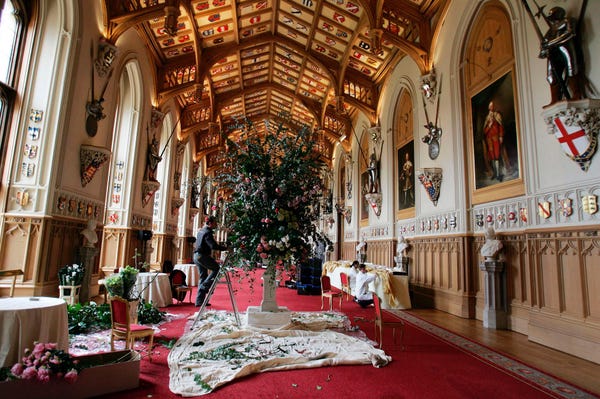 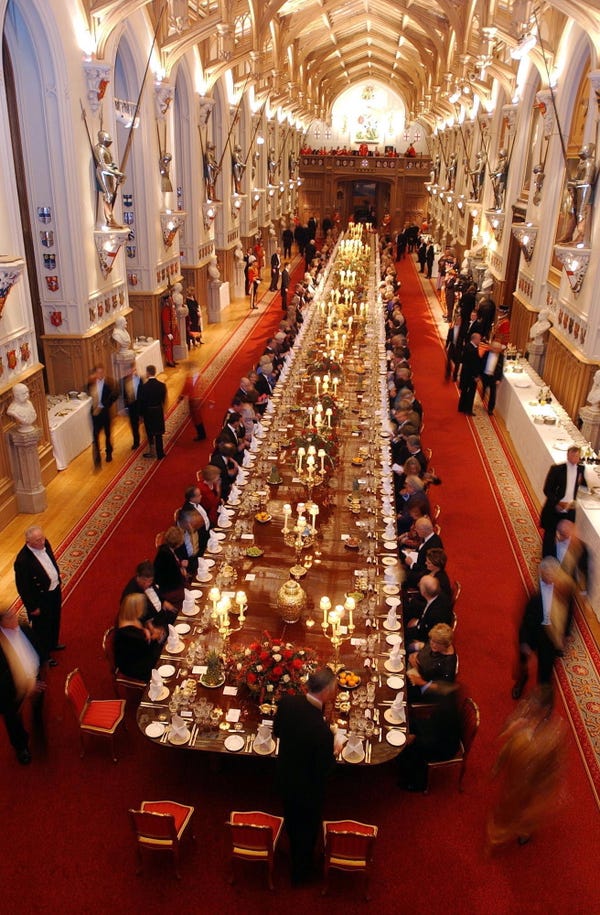 However, there are also smaller spaces to have private family dinners. Here's the Queen, Prince Philip, and their children in their private dining room in 1969. 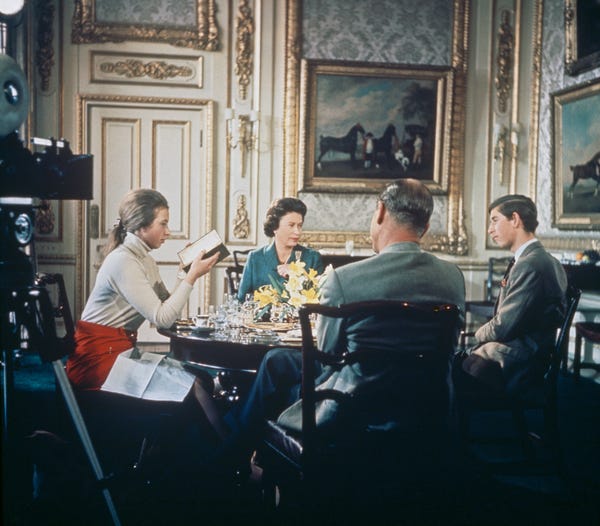 The Queen will still be able to work from home while at Windsor. Here she is with her father, King George, in one of the palace's private studies in 1942. 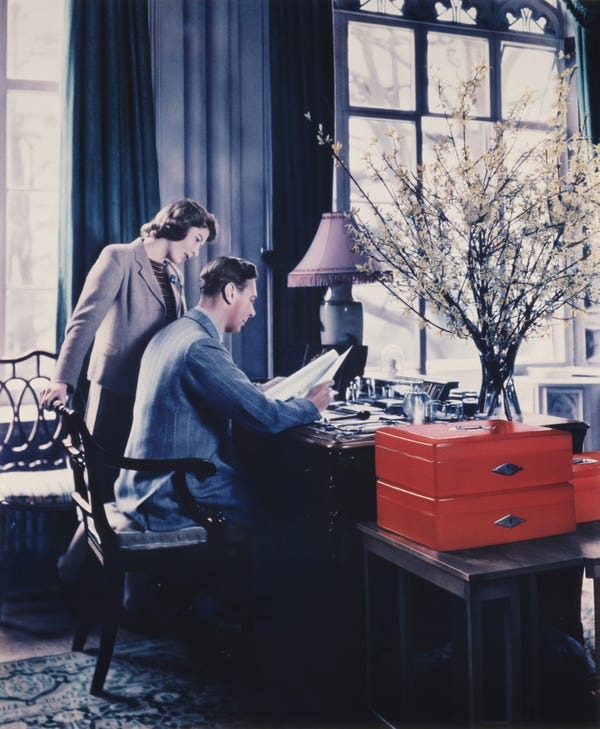 The Green Drawing Room was used for Prince Harry and Meghan Markle's official wedding photo in May 2018. 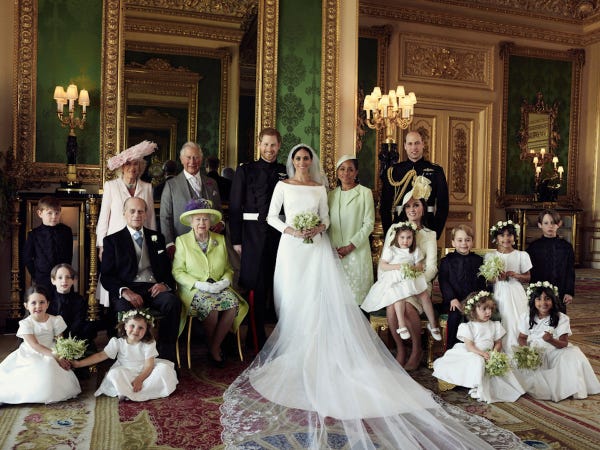 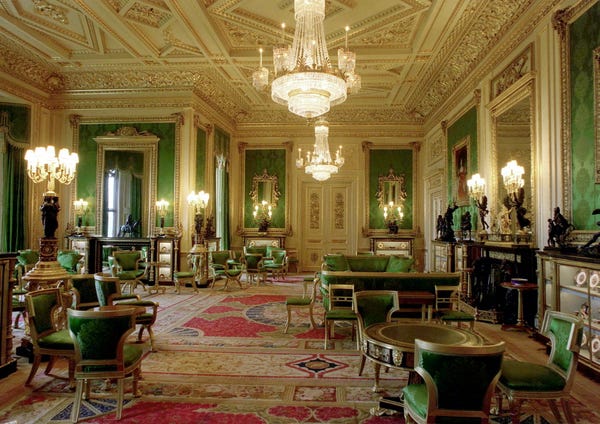 Or, if you prefer a brighter interior with some classic paintings on display, there's the Crimson Drawing Room. 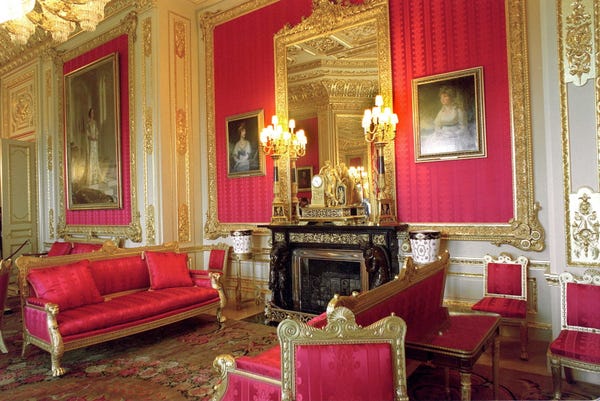 If the weather calls for it, there's plenty of open space to sunbathe. The then-Princess Elizabeth and Princess Margaret would often relax in the gardens during their visits. 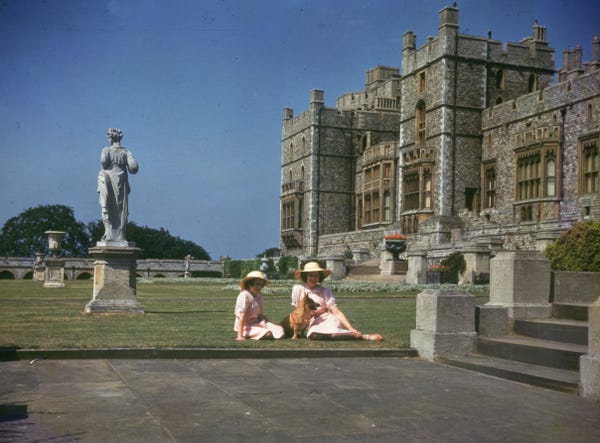 Or, they would get busy with some gardening. 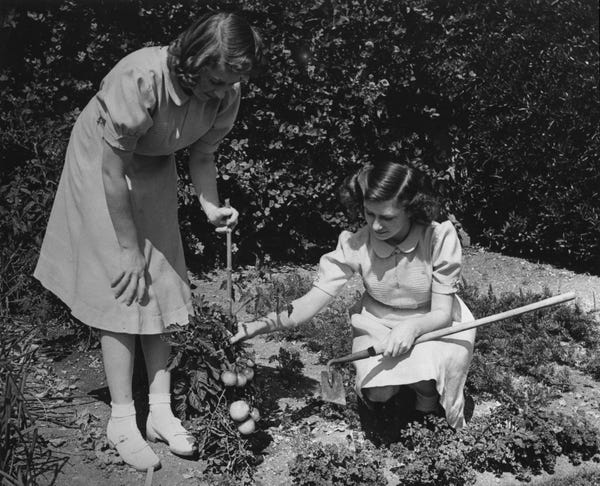 These days, the Queen likes to go for walks in Great Windsor Park. 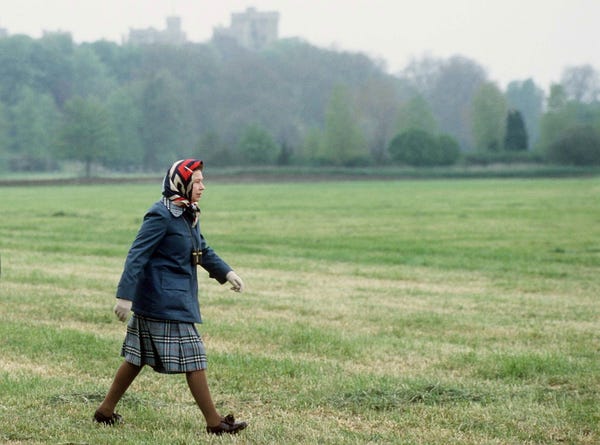 The palace's Music Room would bring the perfect opportunity for those looking to try a new skill during self-isolation. Here's Queen Elizabeth playing piano there as a teenager. 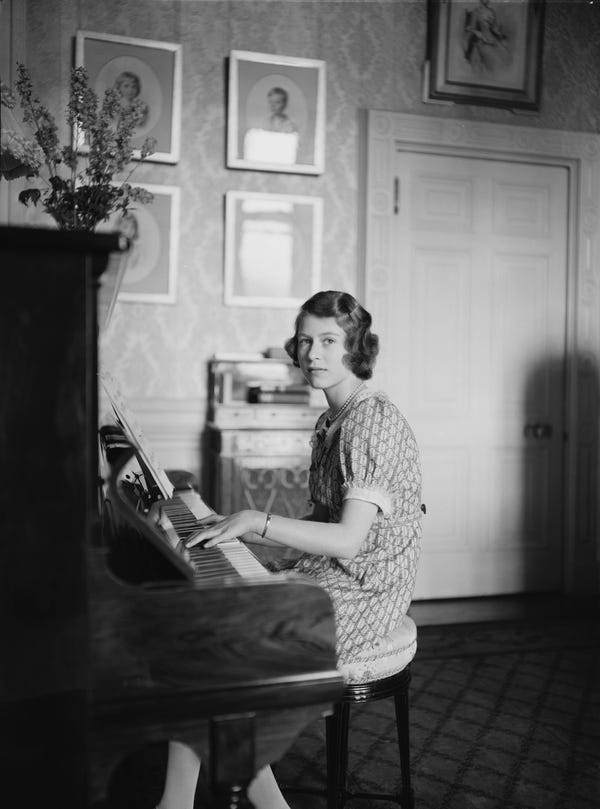 The palace's ballroom could double as an art gallery. 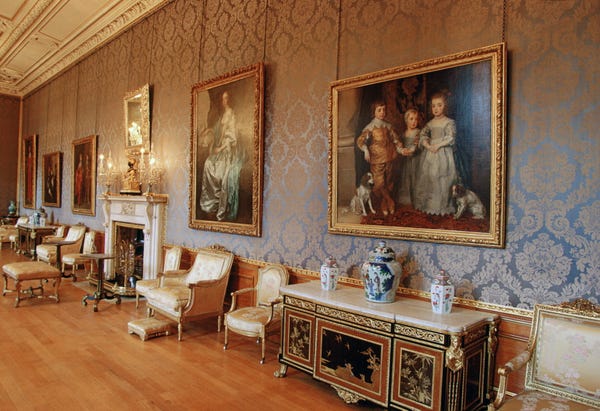 Then, if you're looking for a spot to read quietly, the grounds offer plenty of secluded areas. Here's a childhood photo of Queen Elizabeth, Princess Margaret, and the Queen Mother enjoying some quiet time outdoors. 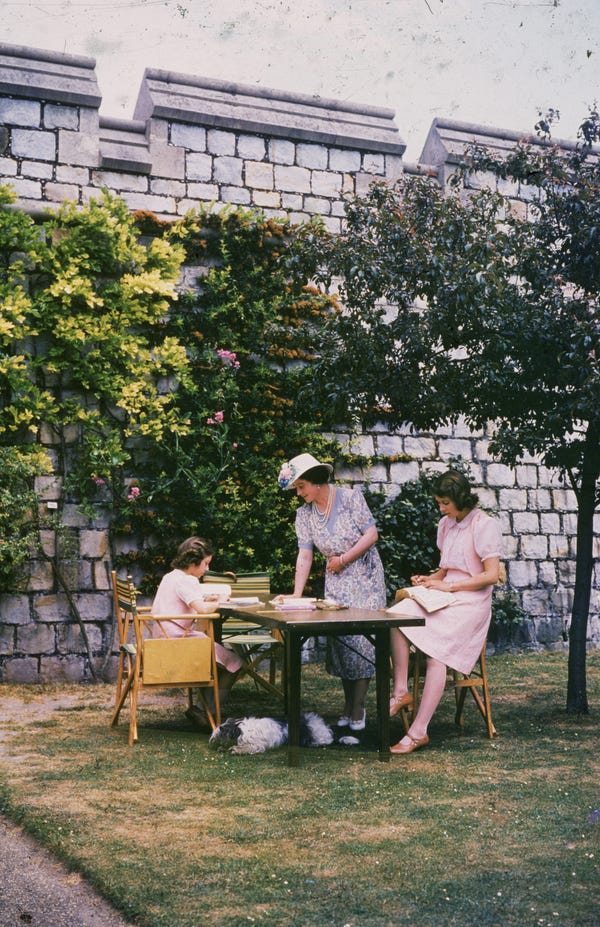 Our Royal Insider Facebook group is the best place for up-to-date news and announcements about the British royal family, direct from Insider’s royal reporters. Join here.