Can’t get enough of Meghan Markle and Prince Harry’s love story after their recent interview with Oprah Winfrey? These books might just be the royal romance novels you need if you’re feeling the love between the Duke and Duchess of Sussex. 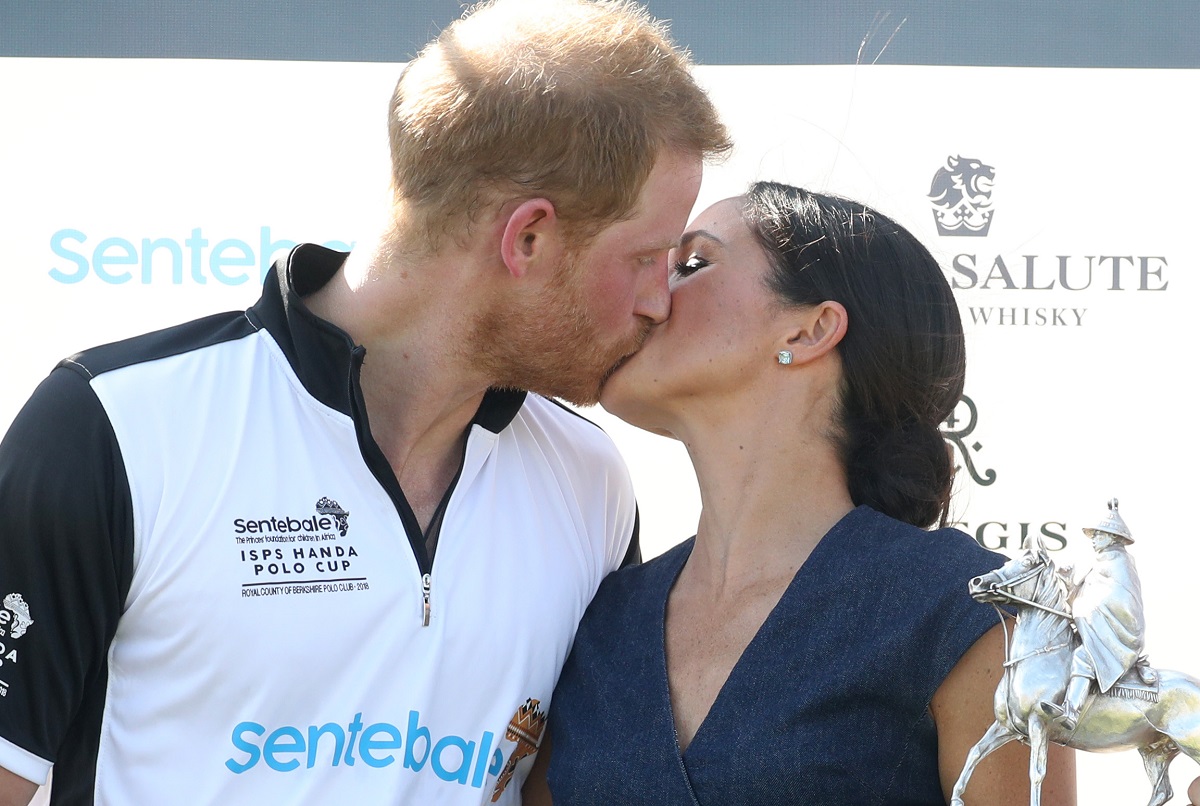 Vivian Forest is only traveling to England for a whirlwind trip and some quality time with her daughter, who’s been enlisted to style a member of the royal family. But she gets a lot more than she bargained for in Malcolm Hudson, who’s worked for the Queen for years – and is too deliciously dreamy for words.

Casey McQuiston’s Red, White & Royal Blue is the perfect fit for anyone who loves the U.S./British romance between Prince Harry and Meghan.

In this New York Times bestselling romance novel, the beef between Alex Claremont-Diaz – who’s thrust into the spotlight after his mother becomes the President of the United States – and Prince Henry threatens U.S./British relations on a grand scale. But when they try to fake a friendship for the purposes of international relations, they develop an unexpected bond that goes beyond a PR stunt.

‘A Princess in Theory’ by Alyssa Cole

Alyssa Cole’s entire Reluctant Royals series will likely appeal to fans of the Sussexes’ unique road to love. First in the series is A Princess in Theory, a tale about a grad student who keeps deleting her emails about being allegedly engaged to an African prince. The problem is, they’re true – and her betrothed isn’t willing to wait much longer to find his promised bride.

Fans of Meghan and Prince Harry will immediately fall for Katharine McGee’s American Royals (and the sequel, American Royals II: Majesty), which imagines a version of the U.S. with its own monarchy. McGee’s carefully crafted alternate history is steeped in romantic intrigue and told from the perspectives of several different members of the American royal family.

‘Command Me’ by Geneva Lee

Those who prefer a Kensington Palace-inspired romance series with a little more spice will love to sink their teeth into Geneva Lee’s 12-book Royals Saga, starting with the novel Command Me. When bad boy Prince Alexander of Cambridge steals an unexpected kiss, he and his shocked kissing partner are doubly bowled over when they realize the tabloids caught the whole thing on camera.

Romance author Jamila Jasper says her sizzling love story Devil in Blackmoor Castle was inspired by the Duke and Duchess of Sussex. When Prince Freddie first sees London ballerina Temperance performing, he can’t get enough of her – and he intends to get to know every last inch of her back at Blackmoore Castle. But the couple’s lust turns to love faster than they ever imagined.

‘The Heir and the Spare’ by Emily Albright

If you’re more into the romance between Catherine, Duchess of Cambridge, Duchess of Cambridge, and Prince William, Duke of Cambridge, you’ll devour Emily Albright’s The Heir and the Spare in no time. Evie, a new student at Oxford, falls for another student – who just so happens to be a prince. But she’s hiding a secret of her own, and when the royal family finds out, things could get ugly.

‘The Royal Runaway’ by Lindsay Emory

Lindsay Emory’s royal romantic comedy, The Royal Runaway, is as hilarious and fast-paced as its sequel, The Royal Bodyguard. When a princess is jilted at the altar, she teams up with a sexy stranger she meets in a bar to find out what really happened to her former fiancé. There’s just one problem – the stranger is her ex’s brother, and a British spy to boot.

‘Tokyo Ever After’ by Emiko Jean

If you loved Meg Cabot’s The Princess Diaries, you’ll also fall for Emiko Jean’s upcoming YA novel, Tokyo Ever After. Izumi Tanaka has always struggled to feel like she belongs in her northern California hometown. When she finds out her father is the Crown Prince of Japan, she’ll have to learn who she really is in a whole new way.

Whether you love Prince William and Kate or Prince Harry and Meghan, you’ll find a royal romance to fall for in Heather Cocks and Jessica Morgan’s The Royal We and its follow-up novel, The Heir Affair.

In The Royal We, an adventurous-but-practical Oxford student falls for the heir to the British throne. In The Heir Affair, the couple is in self-exile from the royal family after a scandal ruins their wedding.

‘Her Royal Highness’ by Rachel Hawkins

Rachel Hawkins lends lighthearted comedy to a regal love story with an enemies-to-lovers twist and an LGBTQ romance at its heart in her YA novel Her Royal Highness, a companion novel to the earlier book Prince Charming.

Millie applies to boarding schools across the pond in an attempt to get away from her almost-cheating almost-girlfriend in Houston. Her roommate, Flora, isn’t her cup of tea; she’s a Scottish princess, and she acts like one. But Millie and Flora gradually find a way to overcome their differences – and discover they have more in common than they thought.

‘Possessing the Prince’ by Louise Lennox

Possessing the Prince: An African Royal Romance is the third book in Louise Lennox’s Sexy Sovereign series of romance novels.

Abena Owusu is a British royal photographer, an Ashanti Chief’s daughter – and betrothed to the Ashanti king himself, until that all goes wrong. But her father’s attempts to push her into an unwanted marriage in Ghana leads her to start a fake relationship with her childhood confidante, Ashanti prince Senya T’ogbe. But while the marriage is feigned at first, they soon realize their mutual passion is not.