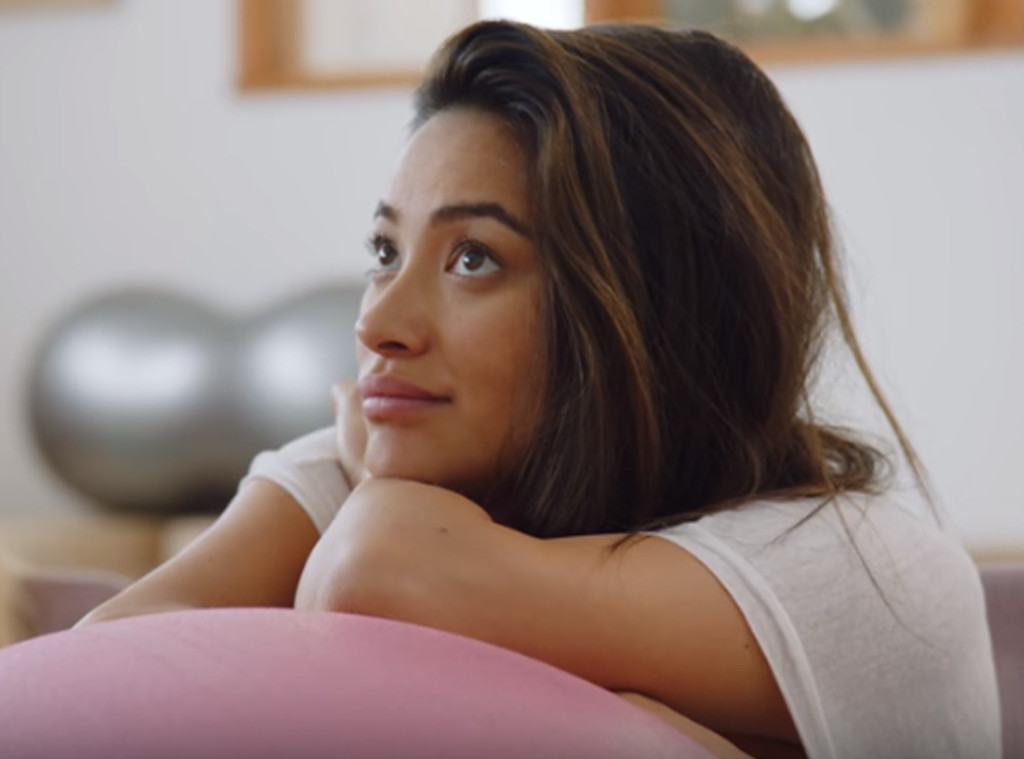 Shay Mitchell and boyfriend Matte Babel just welcomed their daughter into the world, and although they may be new parents, they still know how to have some fun! Shay recorded a lot of content for fans during her pregnancy, and even though she gave birth already, the fun videos from her pre-mama life haven’t stopped. On Wednesday, the Pretty Little Liars actress uploaded a new video to her YouTube titled “The Labor Prank My Dad Didn’t Want You to See,” that showcased a little fun the star had at her father’s expense.

“I feel like now would be the perfect time to tell him I’m going into labor,” she revealed at the top of the video. “Even though I’m not.” From there, the actress went from zero to one hundred real quick. She poured some water on the ground to convince her dad that her water had broken, and then convinced him that she had nothing prepared for a trip to the hospital. To make matters worse, her dad was in the middle of drinking a beer!

“I have to take this, I have to take these,” she said before loading her father’s arms with tons of clothes and accessories. At one point, Shay even contemplates whether she can bring her dog. Luckily, her dad was hilariously not on board for that. “You can’t bring her to the hospital,” he told her.

When her dad finally asks what hospital he needs to take her too, Shay and Matte both broke out in laughter. “I need to test that you know what we’re doing,” she told her dad about the hilarious prank. In true dad style, he had the best response. “You’re such an ass,” he told her lovingly. But it was all in good fun!

“I was totally punked,” her dad admitted. “You were in on it!”

We’re glad he was ready when the day actually arrived!