Nobody was surprised when my son was diagnosed with autism at age two. After all, he still wasn’t speaking — or really communicating at all. Not only was I not surprised; I wasn’t sad, either. Instead, I was relieved. Finally, his behaviors (or lack thereof) had a name. With a diagnosis, you can take a next step. Figure out how to help him, set up therapy, start down this new road with my bubbly toddler. I had no idea about the unique grief of parenting a child with autism until months later, when my friend’s daughter, who is exactly my son’s age, looked up at her mom and said “I love you, Mama.”

It was at that moment I realized my non-verbal baby boy might never tell me he loves me. He might never roll his eyes and whine, “Mommm!” as a teenager when I do something embarrassing. He might never say anything at all.

I spoke with the only other parent I know who had a child with autism, and her response to my sadness was, well, disbelief: How dare I be sad that my son has autism. How dare I not think autism is anything but a quirk, like having red hair or freckles. How dare I buy into the ableist agenda and “poor me” mentality of autism martyr moms.

Suddenly, I felt not only grief, but also shame, because of my grief. I was utterly confused about what I was feeling, and I never mentioned it again. But I wish I had. I wish someone had told me: Yes, your son has autism — and yes, it’s okay to mourn the child you didn’t have.

By my son’s first birthday, his amazing pediatrician pulled me aside after a check-up and expressed concern about the milestones he wasn’t hitting. There are certain red flags for autism, she told me in hushed tones, and the early signs were all there. He didn’t respond to his name; in fact, he didn’t speak at all. He was obsessed with toothbrushes, pouring things back and forth, and lining things up again and again and again. All of his quirks we had assumed were just adorable little things he did were actually textbook examples of autistic behavior.

He’s our first child, so we hardly had any idea what to expect of this whole parenting thing. When he was diagnosed right before his second birthday, and for the next year, we watched as other children his age started talking, expressing themselves, interacting with other children, starting school… And every time my husband and shared a pang of sadness for these milestones that our son simply wasn’t achieving, we felt like absolute pieces of shit. The guilt can be suffocating.

I adore my son with every fiber of my being. There have been countless times my husband and I have glanced at our son and his same-aged cousin, side-by-side in a pool — his cousin cautiously dipping a toe in while our son leaps straight from the wall, giggling all the way. Those times, we give each other mental high-fives that our kid is so free and fearless.

And thankfully, the world is becoming more and more aware of differently-abled kids — is now even enthusiastically embracing and celebrating being different, thanks to the wide representation of the autism spectrum in the media, as well as celebrities (such as Amy Schumer sharing her husband’s recent diagnosis) bringing autism into the public eye and smashing the stigma.

Those of us who have differently abled kids, including those on the autism spectrum, don’t want pity. It always feels uncomfortable when I tell someone my son’s diagnosis and they respond with, “Oh, I’m so sorry” (especially when it’s a former boss, to whom I really wanted to reply, “That’s okay; he’s amazing. I’m sorry your kid is just a dick”).

Someone once told me that being pregnant with, and then raising, a child who’s on the spectrum feels like you learned French but landed in The Netherlands. You study for months before you finally get on that plane to Paris. You’re so excited for the Eiffel Tower, and the crepes, and tiny coffees. But when you get off the plane, there you are: in Amsterdam. It’s incredible, and the tulips and windmills are beautiful, but you don’t speak the language. It’s an adjustment. No one gets off a plane in Amsterdam and thinks, Oh shit, Amsterdam, gross. You’re still excited to discover this new place and experience new things, but that Eiffel Tower dream goes out the window.

I was surprised by the shaming that happens among parents of children on the spectrum, and how very split the community is. Parents are viewed as either self-proclaimed martyrs who want the world to pity them because they have to deal with their child’s autism — or they’re the stoic, there’s-nothing-wrong-with-my-child-it’s-the-world-that’s-wrong type of parent, speaking out against the ableist agenda. But guess what: Nothing is that black-and-white, especially not the autism spectrum.

It’s okay to have shitty days as an autism mom — as any mom. Yes, it’s hard sometimes. It’s okay to yell at the cashier in Target because when your toddler was having a meltdown she snidely remarked, “First child? I can tell.” It’s also okay for me to mourn the loss of the child I expected to have, but didn’t. A child without autism.

My son is amazing. He’s the happiest toddler I know; he is fearless, quick to laugh, and loves wrapping himself around me like a koala. He is so smart and meticulous. His physical abilities and balance astound us daily. But there are certain things he just won’t ever do — and that’s okay, too.

A version of this story was originally published in April 2019.

These are our favorite sensory-play toys for World Autism Day and every day. 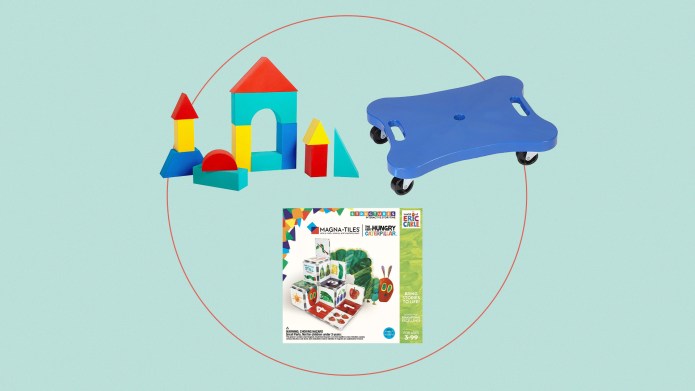 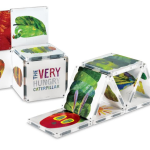 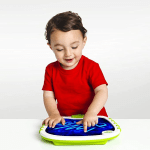 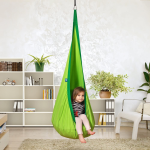 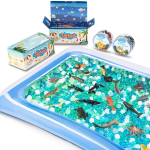