People have lots of feelings about princess-themed kid stuff. Whether it’s gender stereotypes or unrealistic beauty standards or opulent wealth in a world full of crippling poverty, some folks just don’t think princesses should be a thing kids are into. That’s fine. There are lots of very legit, very progressive reasons to not hop on the princess train. But one Reddit mom-to-be explained that her baby’s grandparents have a very unusual reason to ban princesses. 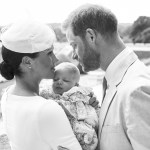 Is Prince Harry's Childhood 'Pain' the Fault of Prince Charles … or the Queen?

“I’ll probably get judged for all this, but I’m pregnant with a guy I’m not dating. He’s nice and wants to be there for the kid, so we are on friendly terms. So far, we’ve had no issues until I met his parents,” wrote PrincessprincessX. “I met them on Saturday. Everything was going great until baby shower talk came up. I was talking about the theme and his mom said ‘Son, did you tell her about the Princess thing?’”

Nope, he had not told her about the Princess Thing.

“Apparently his brother has a daughter from another relationship named Princess that he’s not allowed to see,” she explained. “It’s a sore subject for him, and he lives with the grandparents, so he’s around often. They have requested that we don’t do any themed events, buy any clothes, decorations, etc., with the word ‘Princess’ on them. It’s just ‘too hard’ for the brother.”

We did not see that coming.

“I may be the asshole here because I don’t even have strong urges towards Princess stuff. Much prefer soup-colored baby rompers,” she continued. “That said, I’m incredibly annoyed at this request and told them absolutely not — if I see something cute that says Princess or my kid wants Princess stuff, I will buy it. This upset his parents who started saying, ‘Really? You’d rather cause someone pain than put down a damn Princess shirt?’ I’m not trying to cause pain but expecting me to restrict Princess from all things sounds completely unreasonable to me. I’m not particularly girly but even I went through a Princess phase and l love the children’s books Fancy Nancy, so I’m sure I’m bound to stumble on some Princess stuff.”

It’s also worth mentioning that, according to PrincessprincessX’s co-parent, his brother voluntarily surrendered his parental rights to avoid paying child support for his little Princess.

Redditors had lots of comments, mainly about how OP (original poster) is definitely NTA (not the asshole) in this ridiculous situation.

“NTA. Do they expect you to do this for the entirety of your child’s life? If your daughter wants something princess themed, they expect you to just not let her have it because it may hurt someone else’s feelings? That’s a ridiculous request,” wrote Amaralove123.

“NTA. That’s a completely unreasonable request. It would make more sense to ask that the kid not wear a short that says princess in front of him, but even that is a stretch because kids should have some autonomy, and if they really want to they should be allowed,” said Reddit-user Quaint.

“NTA. To me, it’s red flags about the parents and their expectations. They just met you and they are already making demands that you placate the brother due to his poor choices? Yikes. I wouldn’t be super involved with these people. They can have a relationship with the baby on dad’s time,” said International_ad2712.

“NTA, they literally think they can eliminate the word princess from a little girl’s life because some dude couldn’t keep custody of his kid? That is utterly ridiculous. I can’t even express how absolutely insane that request is,” said IamTAalways.

It seems the commenters are 100 percent on PrincessprincessX’s side, and we wouldn’t be surprised to learn she’s adding new Princess items to her baby registry right now.